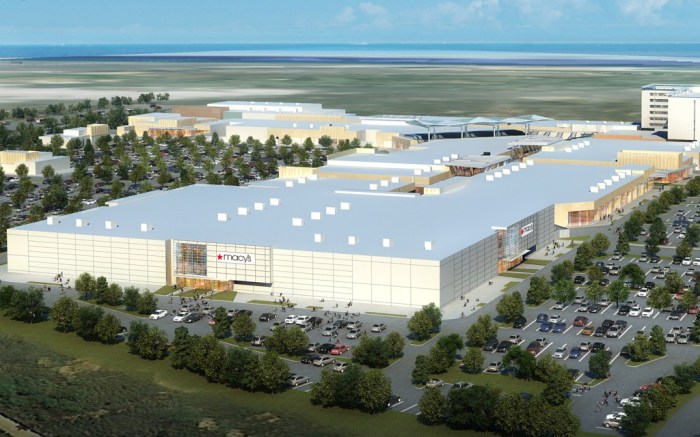 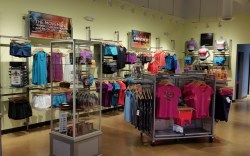 Macy’s Goes Tropical
Macy’s will expand into Hawaii. The department store has signed a lease to be an anchor tenant at the expansive new shopping center Ka Makana Ali’i in Oahu, Hawaii. The 103,000-sq.-ft. store will open in mid-2016 and will be one of 17 stores Macy’s currently operates on the islands. DeBartolo Development is managing Ka Makana Ali’i, which will be among the largest in the state, at 1.4 million square feet.

Fleet Feet’s Expansion Plans
Fleet Feet is in growth mode. The Carrboro, N.C.-based running chain acquired Indiana’s Metro Run & Walk this week and announced plans for nine new locations and two franchised Fleet Feet Sports stores over the next two quarters. In May and June, the company will open locations in Fort Mill, S.C.; Decatur, Ill.; Plattsburgh, N.Y.; Scottsdale, Ariz.; Richmond, Va.; and Des Moines, Iowa. Fleet Feet also plans to debut shops in Cincinnati; Asheville, N.C.; and Longmeadow, Mass. The Iowa and Massachusetts locations will be the first for the chain in those states. “There are a number of ways we can continue to grow out there,” said Jeff Phillips, president and CEO of Fleet Feet. “We can take our traditional route with new stores, with the franchised stores and by acquiring existing independent running shops. The run specialty channel is getting a lot of attention and growing quickly, and we’ve been successful because of our unique ways to grow.”

Vines Opens in Chicago
Vineyard Vines announced plans for a store in Chicago, slated to open in the heart of the Magnificent Mile in spring ’15. The 7,660-sq.-ft. flagship — one of the largest for the brand — will be located at 940 N. Michigan Ave. Previously, the preppy clothing label had a temporary spot at the Shops at North Bridge, a mall on Michigan Avenue. “Chicago continues to be one of our favorite cities,” Ian Murray, CEO and co-founder, said in a statement. “We couldn’t be happier to have found a more permanent location for our Chicago flagship and we look forward to returning soon.”

Speedo Expands in Sports Authority
Speedo has debuted four 500-sq.-ft. shop-in-shops at Sports Authority. Speedo Aquatic Zones will be in Miami; Boca Raton, Fla.; Balboa, Calif.; and Sherman Oaks, Calif. The concepts will feature swimsuits, goggles, accessories and footwear. Speedo is currently sold in 218 additional Sports Authority stores. “The Speedo Aquatic Zones provide an elevated shopping experience for competitive and recreational athletes in the swim community, and further strengthen our position as the go-to retailer for all things sporting goods,” Stephen Binkley, chief merchandising officer of Sports Authority, said in a statement. A fifth location, in a yet-to-be-announced city, will open in the coming weeks.

More Nordstrom Racks
Nordstrom Inc. plans to launch an outlet in Emeryville, Calif., and in Buffalo, N.Y., in fall ’15. The California Nordstrom Rack is situated at the high-traffic junction of interstates 80, 880 and 580, and will join other stores like Target, Michaels and Sports Authority at the East Bay Bridge Shopping Center. The 35,000-sq.-ft. New York location will open at the Boulevard Consumer Square.