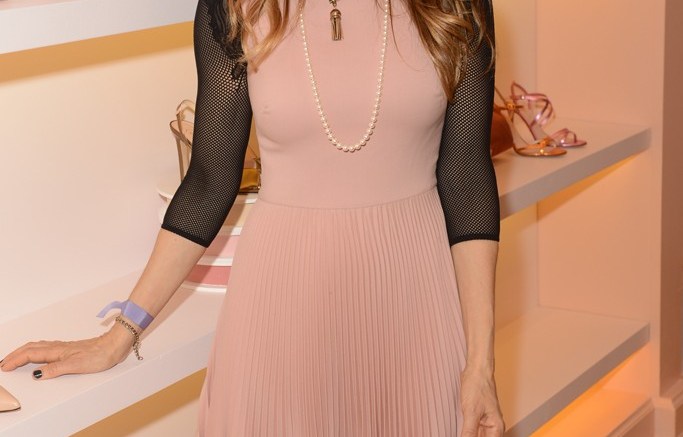 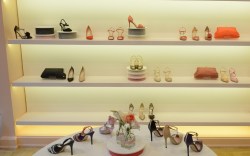 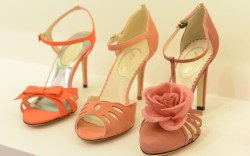 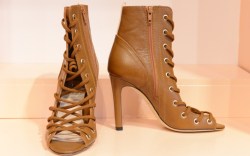 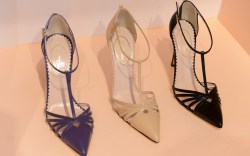 The wait is over.

After generating major buzz for her debut footwear collection for spring, Sarah Jessica Parker is ready to unveil the looks at a pop-up in New York on Friday. The space bows in collaboration with Nordstrom, which will carry the line exclusively.

Click here for a sneak peek at new SJP styles >>

“This vision felt like a mere dream five weeks ago,” Parker told Footwear News Tuesday night during a preview at the location on West Broadway. “The best part is having Nordstrom be enthusiastic about this particular brand and collection.”

But Parker already is thinking many steps ahead, and so is her business partner, George Malkemus. The two currently are crafting the spring ’15 line.

“It only gets better. It’s so freaking good,” Parker said while remaining mum on specifics.

Malkemus, though, added that the design aesthetic will remain intact. “It’s always going to be the same sensibility — single soles, neutral colors,” he said.

And Parker was eager to show off the styles at the preview. “This is a fall boot — you have to check it out,” she said, calling over a guest to show off a black ankle boot.

So which styles does the actress favor for herself?

“As soon as the weather allows for pretty shoes, I’ll be in everything,” she said, adding a little style tip of her own. “Protect [the shoes]. Put your sneakers on for the ride on the subway.”

The snow-filled week in New York then sparked an idea: “Maybe we’ll make a new rubber [attachment] to cover the heels — that’s to come,” quipped Malkemus.

As for other ventures, the mother of three admitted her schedule is packed with shoe commitments. Yet down the line, award ceremonies and red-carpet events could become opportunities for the brand.

When asked if she hopes to see her collection on other stars, Parker replied, “I would never be so bold. One day maybe.”