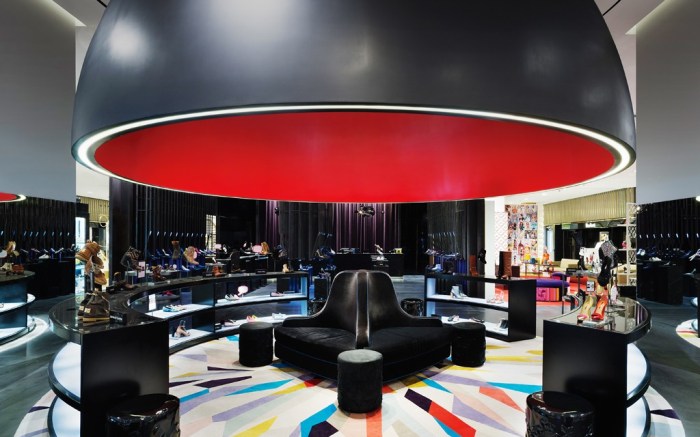 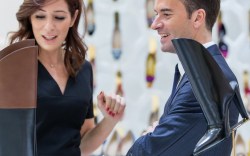 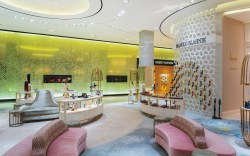 Quantifying business at Level Shoe District is easier to do by pairs of shoes — 600 are sold daily, to be specific.

Numbers say a lot about what the Dubai store has become since its opening in 2012. Measuring 96,000 square feet, the largest shoe store in the world attracts 700,000 shoppers monthly. Moreover, the store is located in Dubai Mall, which has more annual visitors than New York City.

It’s no accident that Level has become so admired by designers and customers: The store was conceptualized as a “category killer,” said Rania Masri, GM for the retailer.

“We felt there was definitely a niche to be had in the market here, and that globally, shoes were the big trend. It was becoming about the ‘it’ shoe and not the ‘it’ bag,” Masri said. “There is a certain adrenaline when you see people shopping for shoes. We wanted to bring that to life at Level. It’s a one-stop destination for the shoe shopper.”

The store, owned and operated by luxury retail firm Chalhoub Group, continues to impress with innovative in-store merchandising and marketing. In 2014 alone, Level hosted more than 39 pop-ups with high-profile designers ranging from Nicholas Kirkwood to Burberry and Rachel Zoe. It also opened an in-store boutique with Michael Kors and worked to grow its digital presence.

In the coming year, Level will expand its men’s footprint and add notable brands such as Santoni and J.M. Weston to the current lineup of 80 labels.

“We always prioritize women because we think their [shoe-shopping] behavior is different, but we’ve noticed the emancipation of the modern man at Level. We are growing [men’s] because we feel there is huge potential there,” Masri said, noting that Nike, New Balance and Louis Leeman have been particularly successful partners.

The athletic market is important territory for the store, which takes a luxury approach: It recently introduced brands such as Gourmet and Common Projects. And soon sneakers will get their own dedicated section within the men’s department.

Another key focus for Level is the debut of e-commerce in 2015. “[The store will] tackle all possible channels to deliver a seamless experience to its customers,” said Patrick Chalhoub, CEO of Chalhoub Group.

Level is also further bolstering its social media platforms. Masri said the online community is an essential way to interact with Level customers and instrumental in learning about what resonates with shoppers.

“Our customer is just as likely to buy Chanel as Havaianas,” said head buyer Alberto Oliveros. “The Level customer, when she comes into the store, wants to dream and see unique pieces you can’t find elsewhere. A customer needs a reason to buy.”

Besides developing its online presence, the retailer uses themed store takeovers to drive buzz and consumer traffic. Dubbed Level 360, the trend-driven initiatives inspire unique in-store events, marketing and social media. This year’s themes have included “Shoe Garden” for spring ’14 and “A Star Is Born” for holiday ’14.

“Level buys the real fashion pieces from the collection and [offers] a good representation of the collection as a whole,” said Kirkwood, noting that sales of his shoes, as well as the selection, have grown in the time he’s worked with the store. “One day I hope to open a real boutique [in Level].”

The retailer’s relationships with designers — particularly new names — is a source of pride. It offers established brands their own boutiques, providing them with easy access to the Dubai consumer in a quality-controlled space that reflects each brand’s aesthetic. In doing so, the store has also cleared the retail floor of recognized labels to accommodate a variety of younger, up-and-coming talents.

“Designers are the new pop stars. People love meeting them and getting their shoes signed,” Masri said. “We want to be approachable to designers. We want relationships to be open. You never know if you’re the first to discover the next Nicholas Kirkwood.”

The support the store provides to new talent has been invaluable for emerging labels such as Paul Andrew, Rene Caovilla and Aquazzura.

“Level is recognized in the industry as the epitome of luxury, [so] to be accepted into that world at such an early stage of my business was an incredible honor,” Andrew said. “Level is the largest shoe store in the world, but the assortment is fiercely edited, so it’s an enormous privilege to be included.”