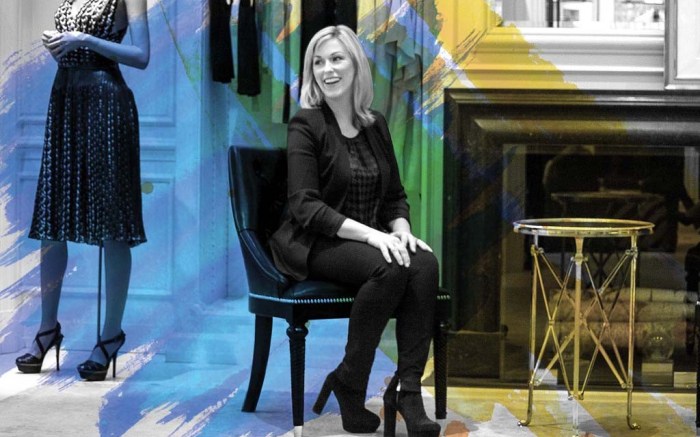 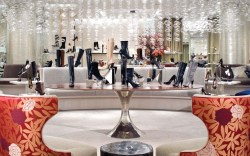 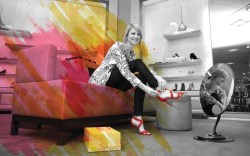 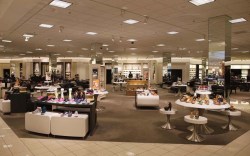 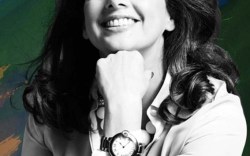 Not many people can say they get to shop for a living. But three personal shoppers from some of the best-known luxury retailers in the world are paid to stay on top of fashion trends, and along the way, they have forged close, long-standing relationships with people of all ages and backgrounds. The drive to help clients — no matter the time of day — and to guide them to new wardrobe ideas usurp all. Indeed, these personal shoppers have a lot in common: Each one of them goes the extra mile to assist clients and their families, even if it means taking calls while on vacation.

Fashion, though, had been a longtime passion for Harper-Neal. Originally from the Midwest, she told Footwear News that fashion magazines were “a secret passion.” And though she was groomed to be a musician, she also kept a secret book of fashion sketches growing up.

As a result, Harper-Neal said, she knew a position at Saks, where she started in 1998, was meant to be. In 2002, she moved to New York via a corporate transfer, and in 2003 became a personal stylist at the high-end retailer.

Listening to clients is one of her top tricks. “Having a conversation — do they have children? Where are they working? I always ask what designers they enjoy. If they don’t love fashion, what celebrities do they like?” said Harper-Neal, who always is available on email to answer client questions. She also gets frequent texts from clients who want to know her opinion on which shoe would best match a certain outfit.

Harper-Neal said one of her favorite examples of having an impact on a client was when one sat front row at a Facebook event where Madonna was being interviewed. “She came back to me gushing, ‘Madonna was totally staring at my shoes,’” she said. (The shoes in question? Sergio Rossi.)

The labels Harper-Neal shops for most include Derek Lam, Chanel and Marni, for clients who range in age from their mid-30s to their 80s.

Footwear, too, is “a huge deal,” she said, listing exclusive croc boots and Swarovski crystal-covered Christian Louboutins as gets.

Solving fit issues is one of Harper-Neal’s fortes — a good thing, since it’s a big reason clients look for help. “It’s a puzzle I help them solve,” she said. “Thankfully, I seem to have a natural knack for figuring out how to solve these things.” And she doesn’t shy away from giving advice. “There are nice ways of saying everything. The goal at the end of the appointment is for the client to feel more beautiful than she did when she walked in.”

The trick is to amplify the positives of each person’s body and minimize problem areas, while making sure the outfit looks like “them.” “I’m always very honest,” said Harper-Neal. “The last thing I want is for someone to go, ‘Who [chose] that?’”

Kelly Olson, Nordstrom
Among her more than 100 personal stylist clients at the Nordstrom store in Portland, Ore., Kelly Olson has advised a South African family seeking size 13 shoes and a bride-to-be who based her wedding-day wardrobe around a pair of $945 Valentino pumps. The diversity has kept things interesting for Olson, who began doling out fashion advice at an early age.

She became a personal shopper at Nordstrom in early 2013 after a three-year stay in London for her husband’s job. Before moving to England, she’d worked at Nordstrom for 10 years, and so decided to start back on the shoe floor upon her return home. Soon, though, she was drawn to personal shopping. “I felt that was really my calling,” Olson said. After an interview and a successful trial appointment, she was on her way.

One of her most memorable clients is a large family from South Africa with six moms and five daughters who all boast size 13 feet — a shoe size unavailable in their home country. When the group of women visits several times a year, they are partial to styles from the Toms, Sam Edelman and Vince brands. They seek comfort sandals and tennis shoes, but also dressy looks.

“They love their heels. They’re not afraid of being 6-foot-7. They rock it,” said Olson, who noted she transfers shoes to the store in their size when she knows they’re coming. “They call me their little shoe fairy.”

Many of the personal shopper’s clients favor footwear labels Aquatalia and Sam Edelman but most are simply looking for help identifying apparel and shoes that complement them, something Olson stays on top of by trolling the Nordstrom merchandise every day. One of her favorite things to do is to get ideas from a new client’s Pinterest board to put together looks.

One recent client who was planning a nontraditional second wedding “decided to be fun, to focus on a statement shoe,” Olson said. The look of choice? The Valentino triple-strap Rockstud heel in blush nude. She chose her perfect dress — an ivory three-quarter-sleeve short frock with a low back — based on how it looked with the heels. “First come the shoes, then the dress,” joked Olson.

She added that the key to being a successful stylist is not letting her work stop at the in-store level. She’s always reachable on email or phone, even to answer a question as simple as what color lipstick would match a certain dress.

Domenica Paradisi, Bergdorf Goodman
Domenica Paradisi has ranked consistently in the top five personal shopper sales at Bergdorf Goodman during her 18 years at the luxury retailer and counts “hundreds” of clients. Originally from Rome, she relocated to New York for the second time in 1992 and began work at Bergdorf, where she patrols the fifth floor: contemporary fashions.

Available 24/7, Paradisi said she doesn’t hesitate to take calls even when she’s not in New York. “My clients know that I’m available all the time, even when I’m on vacation overseas. My goal is to always raise the clients’ expectations and then to work tirelessly to surpass them,” she said.

That, in itself, might be challenging for most people, but Paradisi also makes sure she’s on top of what will look good and what clients might want. To that end, getting to know clients is imperative, she said, though some require more face time for her to dole out the best advice: “The key to being a good personal shopper is listening to the client, observing their current style and coming up with something new and exciting that they will feel comfortable wearing.”

Paradisi added that because fashion trends evolve every year, it affects the designers she selects the most. “We work closely with our buyers to deliver the latest trends. It changes all the time, though, which is what keeps things fresh and interesting,” she said.

Paradisi believes that going the extra mile is what keeps shoppers coming back. One night, a longtime client came in around 6 p.m., and after several hours of shopping the pair had collected some 30 boxes of clothing and jewelry. The client needed the items delivered quickly to her hotel to make a 6 a.m. flight out of the country, so Paradisi called her daughter, who used her Jeep to transport the goods. The client, Paradisi said, was “forever thankful.”