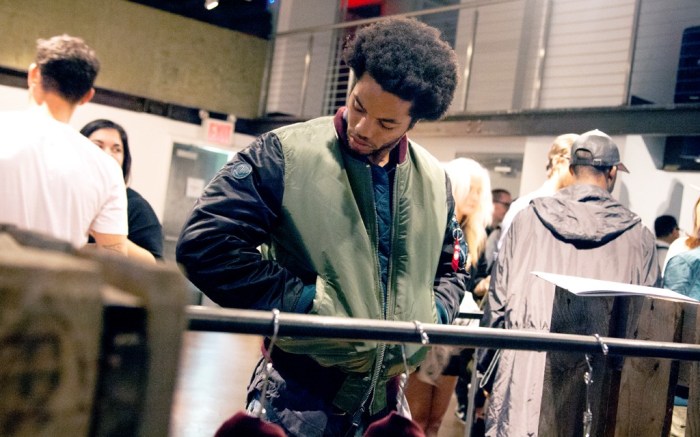 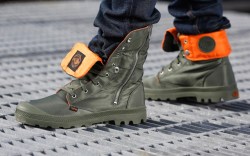 Alpha Industries, which specializes in military jackets, was a natural partner for Palladium, said Global Product Director Hommy Diaz, who designed the collection.

“The history of Alpha and Palladium were parallel in their military foundation. As a story, this makes sense. We’ve been living along the same lines all these years, and now it’s time to bring it together,” Diaz said, referencing Palladium’s start as a producer of airplane tires and then boots for the French Foreign Legion.

The unisex capsule collection features a jacket and six boot styles based on Palladium’s classic Pamba and Baggy silhouettes, all made with nylon. The colors of the collection come from Palladium’s core shades of black, navy, green and burgundy.

Meanwhile, the bright orange lining originates from Alpha, which added that feature to its jackets in the 1960s so downed pilots in need of assistance could be easily noticed by their rescuers.

Diaz said he is working on additional opportunities to collaborate, although nothing has been confirmed just yet.

Outside of collaborations, Palladium will introduce military-grade ballistic nylon — which is “tough and more abrasion-resistant” — as part of its core offering, alongside the canvas material it is known for, Diaz said.

A spokeswoman said the footwear brand plans to launch apparel for spring ’15 in Asia. A U.S. debut is in the works, but she could not provide details on timing.