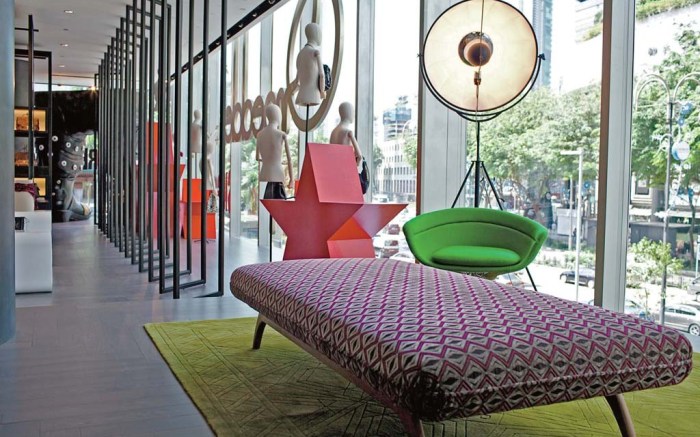 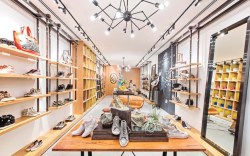 2003
• Pedder Group, which already operates its own On Pedder retail concept and the shoe departments in Lane Crawford, launches as an independent business.

2004
• Lane Crawford repositions as a luxury department store with an 80,000-sq.-ft. flagship at the International Finance Centre in Central, Hong Kong; the 10,000-sq.-ft. women’s shoe and accessories department boasts 200 brands and is the largest in greater China.

2005
• On Pedder opens a flagship on Pedder Street, Hong Kong’s premier retail thoroughfare, and bows a second store in Harbour City later in the year.

• A joint venture is formed with Christian Louboutin for retail expansion in Hong Kong and Southeast Asia; a Louboutin store opens in Central, Hong Kong.

2009
• On Pedder collaborates with sister company Joyce to create an On Pedder space in its store; the concept launches at the flagship Joyce boutique on Queen’s Road in Central, Hong Kong.

2010
• Pedder Group expands its business with Lane Crawford to include men’s shoes and accessories, with a total of 12,000 square feet across three stores in Hong Kong and one in Beijing.

2011
• The Shoe Library at Lane Crawford Canton Road in Kowloon, Hong Kong, debuts; it is the first mega floor in Asia, offering more than 200 brands and spanning 25,000 square feet. The space also features Blitz, a concept dedicated to creative collaborations.

• On Pedder opens its largest freestanding store — at 6,000 square feet — in Scotts Square in Singapore, and bows a 3,000-sq.-ft. concept inside Joyce at China World Mall in Beijing.

2012
• Pedder Group extends its venture with Louboutin to mainland China, opening the designer’s first boutique in Beijing, followed by another in Shenyang.

• Christian Louboutin enters Taiwan with a boutique in Taipei and launches an Asia e-commerce business.

• A partnership agreement with Ash is formed and stores are opened in Ngee Ann City in Singapore and Harbour City, Kowloon, Hong Kong.

2014
• Lane Crawford in Chengdu, China, is set to open in the first half with 25,000 square feet of shoes and accessories from more than 250 brands.

• Olympia and a store is planned for Landmark Mall in Central, Hong Kong, in March.