Louie’s Caters to the Dapper Portlander 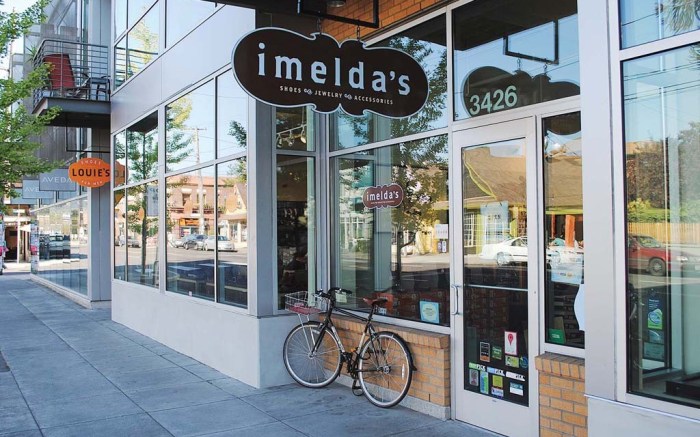 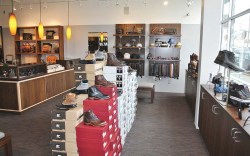 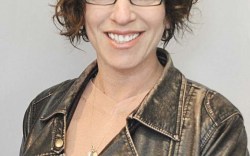 In Portland, Ore., the founder of Imelda’s has rolled out the welcome mat for men.

Pam Coven opened Louie’s in 2012 to meet a growing demand for men’s fashion footwear. She took what had been the men’s department in her women’s store, Imelda’s, and turned it into a stand-alone location. Now, as the business grows, Coven has introduced accessories and is even considering adding her own men’s private label to the mix.

“About two years ago, the men’s business started to become decent,” said Coven. “Men in Portland are uber-casual. They can wear the same pair of black Converse high-tops or Dr. Martens forever. [However], it seemed they were getting more dapper. Guys were stepping outside of their black shoes. [As] we saw that increase, the opportunity showed itself.”

Coven, who founded Imelda’s in 1994 in the city’s trendy Southeast district, ventured into men’s in 2000 with a concise offering. In 2003, she moved into larger quarters around the corner that allowed her to create a shop-in-shop for guys under the Louie’s banner. When the store next door became vacant, Coven took over the 700-sq.-ft. space, breaking through from Imelda’s and creating a separate men’s store with its own entrance.

The men’s business accounts for 15 percent of total sales. That is generated in part by online retail and a Louie’s department within the second Imelda location, which opened in the Northwest district in 2005.

Overall revenue for 2013 was up 18 percent over the prior year, but Coven said 2014 could be a little tougher. “People seem to be cautious in their buying,” she said. “We’re [also] going to be more conservative in our buying by not [going] as deep into a particular pattern, and editing out slower-moving brands.”

Louie’s offering includes Vans, Trask, Timberland and Clarks, while Imelda’s carries Miz Mooz, Fidji, Eric Michael, Fly London and Jeffrey Campbell. Across the board, vintage looks are attractive to men these days, said Coven. “They like brands with a heritage, such as Wolverine,” she said, noting she added Red Wing last fall. “Our Born business is good, and we just started with Trask.”

Steve Katz, West Coast sales rep for Bed Stu, which sells to both Imelda’s and Louie’s, said part of Coven’s successful strategy is buying lines in depth. “Pam sees something and believes in it,” he said. “She takes pride in marketing a brand.”

While footwear is the focus of her business, Coven has expanded into men’s accessories, a category that accounts for 15 percent of sales. “Men are accessorizing,” she said. “We’re selling a lot of bags and watches.”

Her e-commerce business, launched four years ago, is an opportunity for further growth. Coven said she aims for the website, which makes up 5 percent of sales, to have the same directional point of view as her brick-and-mortar locations. “We want to keep our brand selection, the Portland vibe and what made us successful,” said Coven. “The only way we can be competitive is to make sure what we’re about comes through on our website. We’re seeking that independent-minded hipster.”

The stores cater to a wide range of customers in both its bohemian Southeast location and upscale Northwest store. “It’s about lifestyle rather than age,” said Coven, adding that her male and female clientele range in age from 25 to 55 and sometimes consist of tourists from outside the Portland area.

She reaches out to her customer base primarily through emails. “We do blasts but try not to annoy the heck out of our customers,” said the retailer, who has a mailing list of about 15,000 names. “People who give us their emails get special deals on occasion.”

Steve Spencer, director of sales for North America for the Heritage Division of Red Wing Shoe Co., said the stand-alone Louie’s store is ideal for the brand. “We have a lot of Red Wing followers in the Portland area, and Louie’s is a great place to find a [broad] selection of Red Wing Heritage [styles],” he said.

Fred Fisher, sales rep for Wolverine, noted Louie’s carries the brand’s heritage 1,000 Mile and No. 1883 collections. “The store is upscale, trend-right, and its other brands and retail prices fit well with our collections,” said Fisher. “Louie’s reads trends well and is in tune with what its customers want. It has [developed] a loyal following and has become a destination.”