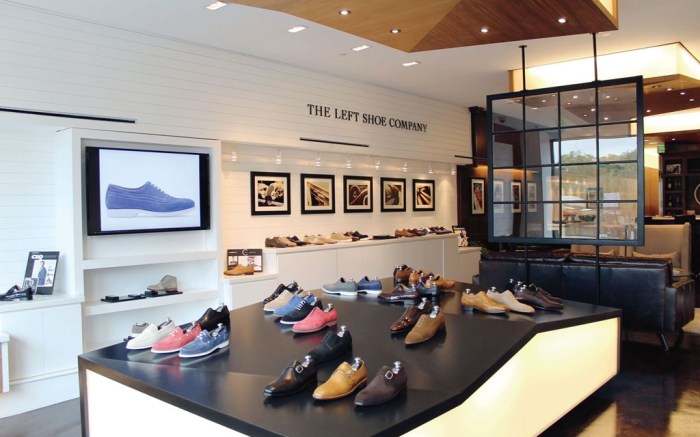 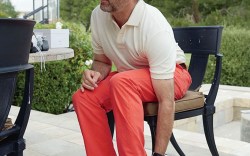 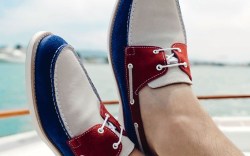 Imagine a shoe store where you can’t try on a pair of shoes or walk out with your purchase.

That unlikely business model is just what distinguishes The Left Shoe Co. in Los Angeles, where the goal is simple: to make a shoe that individually fits each customer, without a $5,000 bespoke price tag. Instead, prices here range from $395 for boat shoes to $650 for golf styles, with the sweet spot in dress looks, from $550 to $600.

Gordon Clune, 53, is the impresario who brought the concept from Finland, where it started in 1998. He is not, at first glance, the man most likely to run a shoe brand. His background is in aerospace, with a brief stint as an early reality TV contestant in the 2002 PBS series “Frontier House.” After selling the family business a couple of years ago, he decided to retire — sort of. He poured his energy into a restaurant launch with his wife, Elizabeth An, founder of Crustacean in Beverly Hills, Calif., and several other high-end Asian-fusion establishments.

With that background in entrepreneurship, Clune discovered Left Shoe on a cruise in the Baltic, during a stop in Helsinki. A first purchase of a suede double monk strap led to a friendship with company head Erkan Fere, then Clune and business partner Patrick Mayworm, who has an MBA and engineering degree, made an offer to become the brand’s license holder for North America.

Clune described the arrangement as a “hybrid model,” in which the Finnish company has a minority stake in the U.S. business and Clune pays royalties based on sales.

“I have a corporate mind and I come from that world,” Clune said, “but I landed up, following my heart.”

The L.A. shop opened in the summer of 2013, in a walkable spot on Melrose Avenue, with neighbors ranging from Alexander McQueen to a gigantic Burton surf emporium. The 1,750-sq.-ft. Left Shoe shop features a polished concrete floor that gives a contemporary feel, while broken-in leather chairs and a bar (where Clune serves glasses of port wine from the same area of Portugal where the shoes are produced) turn the store into a cozy gentlemen’s club. Clune plans to screen James Bond movies.

“We want to be fashionable without being intimidating,” said Clune.

A visit to the store starts with an in-person scan of the foot. Each customer dons a special pair of grid-pattern socks and steps onto a scanning platform, about 2 feet in diameter. A camera circles completely around the ankles, and a 3-D image of the foot pops up on a computer screen. Each model is then corresponded to the company’s stable of lasts, from sizes 39 to 48 with five widths. Once scanned, a customer can order in the store or through an e-commerce site. The total timeframe, from the scan to the Portuguese factory and back to the customer, takes about six weeks. Once shoes arrive, customers can try them on at home or in the store, and make returns on the spot if a shoe doesn’t fit well.

“At most shoe stores, they don’t even have a basic instrument to measure your feet,” Clune said. “They just ask, ‘What size are you?’ They bring out the boxes and say, ‘See if that works.’ There’s no real thinking about how your foot is locked into a shoe.”

And, he added, a shoe size is just a number. Traditional sizing considers just the length of the foot. Far more important is the volume.

For about a quarter of consumers, one foot is significantly larger than the other, sometimes by a half size. Left Shoe makes each shoe separately, based on the customer’s foot structure. “That’s the reason for the name, Left Shoe Co.,” Clune says. “It’s equal opportunity for both feet.”

According to Clune, about 600 men have had their feet scanned in his shop since it opened in June. And actors like Michael B. Jordan of “Fruitvale Station” and Joe Manganiello of “True Blood” are even wearing the label.

Next, Clune said, he plans to open a Left Shoe location in New York this year. “For what we do, New York is a very important market,” he said. (The Finnish firm already has shops in such international cities as London, Copenhagen and Dubai.)

The timing is good for a brand that taps into men’s desires to dress well, said Robert Burke, chairman and CEO of retail and trend consultancy Robert Burke Associates in New York.

“The interest in the men’s market is booming,” he said. “A younger customer wants to wear tailored clothing: a jacket, tie, dress shoe, vest. You see it with the bloggers. There’s an interest in the craft of menswear. There’s an opportunity here to carve out a wide space.”