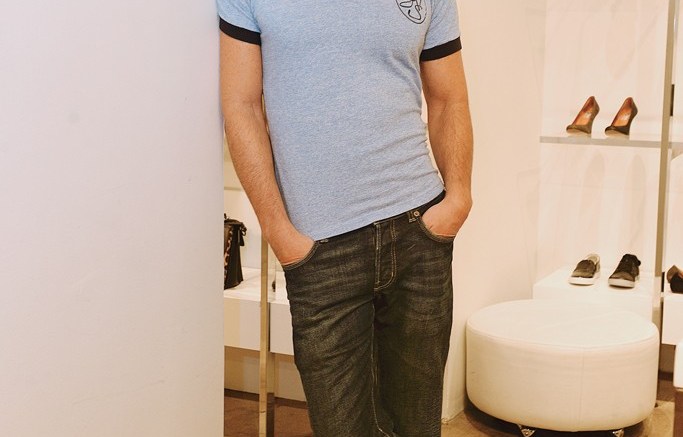 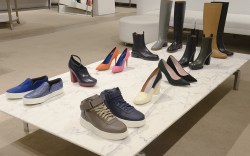 Jeffrey Kalinsky is sticking to his guns.

The founder and president of Jeffrey Inc. has always stayed true to that piece of advice passed down from his late father, well-known independent retailer Morris Kalinsky.

And more than two decades after launching a namesake business, the younger Kalinsky continues to operate it his way. He still stocks stores with personal favorites and puts a major focus on customer service and experience, the part of the business he’s most passionate about.

“It’s exciting seeing everything change so much and to understand the new challenges. There is something [invigorating] about that,” Kalinsky said during an interview at his New York store during fashion week. “You certainly can’t get complacent.”

Before heading to the Proenza Schouler show, Kalinsky gave Footwear News insight into his business today as he marks 15 years at the helm of Jeffrey New York and 24 years at Jeffrey Atlanta.

It’s a lot different from when he started, but Kalinsky is still just as passionate about his footwear mix. Currently on display: styles from Manolo Blahnik, Christian Louboutin, Jimmy Choo, Nicholas Kirkwood, Pierre Hardy, Chanel, Céline, Lanvin and Saint Laurent.

Across the brand mix, Kalinsky strives to keep things fresh for customers — even if the rest of the retail pack isn’t moving in the same direction. For example, he’s eyeing a resurgence of the platform style, which has taken a back seat to single soles in the past few seasons. “At the end of the last buying trip, platforms just started speaking to me again,” he said. “I’m not saying that customers will want them again for spring, but we are starting to buy them, and if I’m lucky, my customers are going to want that. We might be a little early.”

Among major fashion players, Kalinsky has become known for his unique approach to retailing.

“Jeffrey is a pioneer with a clear and decisive point of view,” said Vira Capeci, Céline’s president, who has known Kalinsky for a decade. “What stands out most about his stores are the tastefully curated selections from each collection, the intensely personal service given by the staff and the ever-present level of perfection in the store merchandising. There is a stamp of Jeffrey in every detail.”

“Jeffrey’s success as a retailer is due to the fact that he knows his client. His buys have a point of view, which makes them unique,” added Cecile Andrau-Martel, EVP at Lanvin Inc. “One of my most memorable buying appointments with Jeffrey happened about eight years ago in the Lanvin showroom. He brought his father, mother and brother [Barry] with him. The entire experience was so much fun and yet so touching at the same time.”

For Pierre Hardy, who has been working with Kalinsky for a decade, the store has become a personal shopping haunt, in addition to a major partner. “Each time I come into the shop, I buy something,” said Hardy. “Jeffrey is very specific and knows exactly what he needs and wants. He has an eye. [The store is] very revolutionary, and as a consumer, it’s perfect.”

Kalinsky’s vision has been fully supported by Nordstrom, which acquired the Jeffrey stores in 2005. “They have never tried to influence the way I run the business, and that’s great because the stores have been able to keep their personalities completely,” Kalinsky said.

Nordstrom is also a supporter of Kalinsky’s charity project: the annual Jeffrey Fashion Cares fundraiser for HIV and AIDS awareness, which he has been putting on for the past 22 years.

“It’s simply about giving back to the communities, both in Atlanta and New York,” he said. “To be able to raise in excess of $1 million per year to support these causes is an honor.”

Here, the retailer speaks candidly about the recipe for running successful stores, his relationship with Nordstrom and jumping on the social media bandwagon.

You were a pioneer in New York’s Meatpacking District. What is your take on the neighborhood now?
JK: I loved being down here by myself. What I do love [about the neighborhood today] is Hudson River Park and the piers, I’m a fan of the High Line. I’m excited about the opening of the Whitney [Museum]. That’s going to be great. In terms of other businesses, it’s all good, and I still like being a destination.

What does the New York luxury consumer want today, and how have they changed?
JK: This is terrible, but my business model was never centered on what my customer wants. It has always been on creating the experience I want and putting out the merchandise we want our customers to own. We are all about a point of view.

Talk about the biggest challenge you face as a retailer today.
JK: It gets harder and harder to present things from your point of view. You used to be able to go to a footwear manufacturer, and they had 10 colors available. You could change everything from the last to the material. The customer came to your store and saw a completely different line than what they saw anywhere else. For many reasons, you don’t have that choice today. It becomes a little harder to spend your money sometimes.

What do you think is missing from the market?
JK: Something that I’m hearing from my customers is to offer a lot of mid-heel options. I have wanted this for the last five years, but the problem is we don’t see a lot of great options. It’s hard to have a good balance, but we try to offer [a range].

Describe your merchandising strategy.
JK: Our selection of brands is getting smaller, not bigger. We probably do the opposite of what a lot of [retailers] are doing. You read about a lot of people trying to create the biggest shoe floors with the biggest selection and the most SKUs. I just want the things that we love, and what we love isn’t always more. But I want more of what I do love. If I’m loving Céline footwear, I want us to have the largest selection of Céline possible.

Are there any new designers you are watching?
JK: The most exciting thing is to marry a relationship between a ready-to-wear designer that’s doing accessories. I went gaga over J.W. Anderson in the last four seasons, and I’m taking every opportunity to buy shoes that we love from him. A designer such as Jonathan can be a major player for shoes and accessories.

How has the New York store evolved over the past few years?
JK: I spend very little money on things, I try to be frugal. It seems like in retail, people are constantly redoing their store, but that’s not me. I just took some dressing rooms that haven’t been used in a million years, and we did some construction and put in a new space for accessories. That’s big for me.

How do you make sure you’re staying relevant, then?
JK: I’m hyper-concerned with the customer experience in terms of the level of service that we’re providing. [That’s what] I worry about, along with inventory being at the right level on a daily basis. When I think about the future, it’s not necessarily about expansion plans, it’s more about understanding the changing landscape out there. Social media is so much more important today than it was five years ago. We are trying to understand what that might mean for our business, in addition to e-commerce.

Have you personally gotten involved in social media?
JK: I’m an Instagram freak. I don’t let a day go by without making sure I don’t miss anything.

Nordstrom acquired you in 2005. How has that relationship grown?
JK: [The sale] was the greatest thing I ever did, and they are the best company for me to be owned by. I couldn’t have asked for anything better. We recently launched e-commerce, and they have been very helpful with that. I’ve learned so much over the nine years [in terms of] different ways of looking at and analyzing the business. You decided to move on from your position as EVP of designer merchandising at Nordstrom last year.

How involved are you today?
JK: I stepped back at Nordstrom to focus on Jeffrey. I have a marketing role where I basically pick the product for the designer catalogs, which makes its way to national advertising.

Looking back, what did it mean to grow up in the retail business with your dad?
JK: I learned so much from my father. I grew up with a dinner conversation being about the shoes and customers that came in that day. [Retail was] part of my life, so that created a very singular experience that I feel very lucky to have had.