Inside China: The Retail Equation 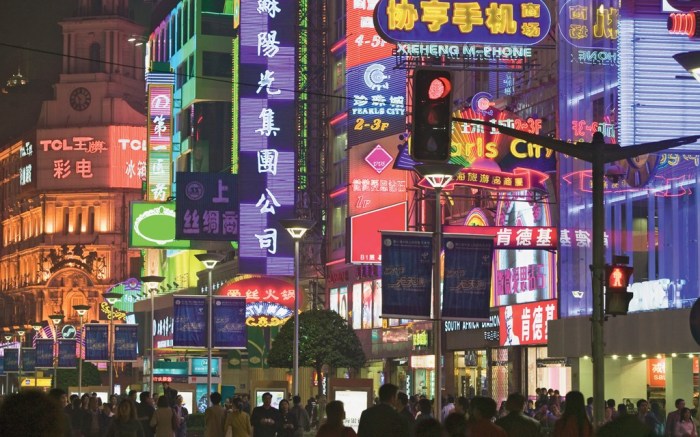 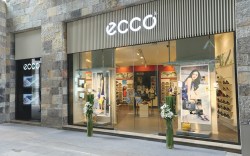 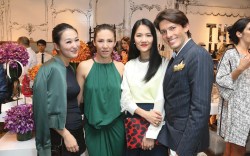 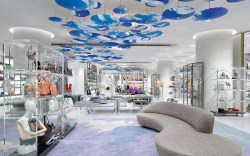 “A lot of fashion magazines and blogs have been writing about this brand, and I like the style. It’s sexy but also sophisticated,” said Wang, who frequently shops in Europe with her German-born husband. “When I go overseas or to Hong Kong next time, I will buy one pair at least.”

Wang, who frowns upon the fake products her friends buy on e-commerce sites like Taobao, is certainly not the most typical Chinese consumer. Yearly household income in China still hovers around $2,100 overall and $4,700 in Shanghai, its richest city, according to a Peking University study.

But she is one of a growing number of Chinese shoppers with disposable income to spend, particularly on shoes, which in many cases serve as an introduction to the luxury market.

As has always been the case in China, the high-end of the footwear retail market continues to be dominated by international brands, with names such as Christian Louboutin, Jimmy Choo, Stuart Weitzman and Giuseppe Zanotti expanding their presence here in the past five years.

The glut of malls in China makes positioning for luxury brands more important than ever, according to Harris. Pedder Group, which partners with Louboutin on retail ventures in the country, held out for a street-level location for the designer’s first Shanghai store — even after repeated offers for space on upper levels of highly rated downtown shopping centers.

“One of the things I constantly talk about with Christian [Louboutin] is the idea in China that where you are is who you are,” Harris said. “From the moment we considered entering China, we understood that our position in terms of real estate was the first thing that was going to speak to our customers in terms of the value of the brand.”

Harris cautioned that high-end labels should not move into the area too fast, “because inadvertently, you end up taking locations that perhaps are not representative of how you want to position the brand.”

While luxury lines opt for such gradual expansion into the region, larger athletic names have been pushing for rapid growth.

Adidas Group’s brands currently boast 7,600 stores in more than 900 cities around China. The past three years have seen aggressive expansion (more than 1,500 stores have been added), with a focus on second- and third-tier cities. “This is just the beginning,” said Colin Currie, Adidas’ managing director for Greater China. “China is on track to become the leading economy in the world, and the increasing purchasing power, particularly in lower-tier markets, presents huge opportunities for the footwear market.”

According to Currie, one of the keys to Adidas’ success in China has been viewing the country as many markets with a wide spectrum of consumer segments. As a major international player, the company has a breadth of products and price points, making it possible to tailor its product offerings to meet local customers’ needs and spending power.

“Cities like Beijing or Shanghai are more mature, and consumers are looking for premium technology. They’re also more style-conscious,” Currie said. “As a result, we’ve focused on providing products that feature our cutting-edge technology, apparel from our Originals line and designer collaborations.”

In secondary cities, shoppers are also becoming more brand-aware and increasingly value quality and premium brands, the executive explained. “Responding to consumer needs, we roll out [styles] and ranges that are competitively priced for these markets,” he said.

There’s no question that a rising middle class is changing the face of footwear retailing in China. More than 3 billion pairs were sold in the massive country last year, according to the China Leather Association.

The biggest opportunities for international brands lie somewhere around this midpoint, catering to the middle and upper-middle classes, said Angela Li, president and CEO of marketing and branding specialist, Carina Li Group.

“Usually for Western brands, they can’t compete in the mass market in China, and luxury isn’t a game for most footwear brands,” Li said. “We see there is a big opportunity between the top luxury and mass market, but I don’t think a lot of footwear companies are aware of that yet.”

One international brand Li cites as having done a good job covering this middle ground is Denmark’s Ecco, which has 870 points of sale in 31 of China’s 34 provinces.

According to Li, Ecco has been able to overcome the main obstacle for international brands in China — that is, name recognition — by arriving early to market. (The brand launched in China 16 years ago.)

George Kahwati, Ecco China’s regional director and GM, said that along with longevity, the label’s partners have been key to its success in China.

Though Ecco owns and operates its 58 points of sale in Shanghai, the company depends on local partners throughout the rest of the country. Each of them is designated a territory in which they are responsible for opening and operating Ecco retail outlets. “A great deal of work goes into choosing our partners, but I would almost call that the easy part,” Kahwati said. “Our commercial team and I are out there interacting with our partners on an ongoing basis all over China. We don’t just sit in a castle and expect things to happen.”

As international labels ramp up activity, domestic brands, which have historically focused on low-end styles, are also tweaking their strategies to cater to the evolving shopper. But the jury is still out on whether they can be successful.

“Li Ning, for example, is trying to move into higher price points by offering products with special performance additions,” said Jason Yu, GM of China for Kantar Worldpanel. “But in the end, it’s up to consumers to decide whether they will pay this extra price.”

For domestic and international companies alike, the sheer size of the Chinese market doesn’t make it a guaranteed moneymaker for footwear brands. General consensus among experts on the ground seems to be that an e-commerce presence is critical for brand awareness, especially considering the fast-growing online retail arena.

According to estimates by iResearch and Bain & Company, the Chinese e-commerce market became the largest in the world in 2013. The $215 billion online business has seen a compound annual growth rate of 50 percent since 2009, and China’s e-commerce spending is projected to be 50 percent larger than that of the U.S. by the end of 2015, according to Bain.

“You cannot ignore the e-commerce trend,” Li added. “In terms of marketing and branding, it’s big, but [the bulk of] sales still tend to come out of the traditional sales models. For footwear brands, they really have to do both now.”