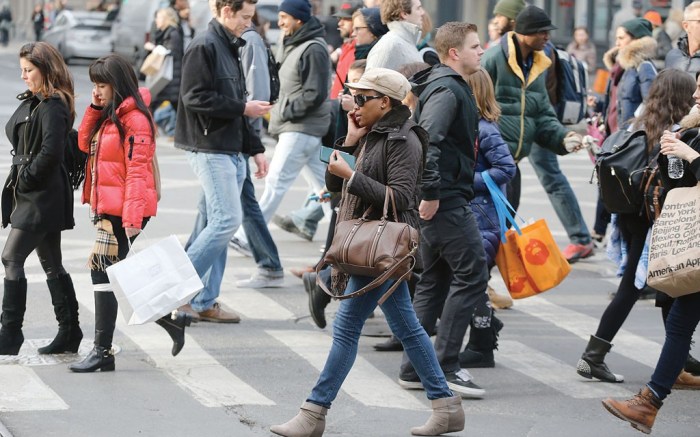 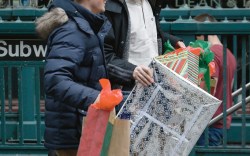 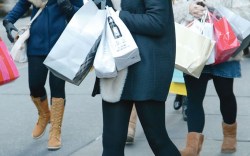 NEW YORK — After a fiercely competitive holiday season, retailers are ready to kick off the New Year with a bang.

While deep discounting and a late Thanksgiving translated into a difficult December for many stores, industry insiders said they are upbeat about the outlook for 2014.

Boosting their optimism about the first quarter was a stronger-than-expected gain in the Conference Board’s Consumer Confidence Index to 78.1 in December, from 72 a month earlier, beating economists’ consensus estimates of an increase to 76.

“After what is likely to be a disappointing Christmas, we will see gradual improvement through the New Year, probably more visible in the second quarter to mid-year,” said Jeff Edelman, director of retail and consumer advisory services for consulting firm RSM McGladrey. “As we come out of this, the winners — irrespective of their category — are going to be those that differentiate themselves and cater to consumers’ wants.”

Two Sole Sisters, a boutique in Boulder, Colo., saw a 14.5 percent increase in holiday sales compared with 2012, according to co-owner Laurel Tate. “Our spring buy looks really strong, and we have streamlined our brand lineup this year by buying deeper into labels that have been performing consistently well,” she added.

However, Tate said, a key challenge this year will be finding new and unique lines to satisfy customers in search of interesting products. “We are traveling to Milan in March for the Micam show to source more European lines that do not exhibit at U.S. trade shows,” she said.

He predicted that the biggest challenges in 2014 will mirror those that plagued independents in 2013, namely uncertain weather and competition from larger retailers, especially e-commerce players. “The challenge is always watching what the majors do,” Kahalani said. “It’s very important to be on top of that and to react and evolve, particularly when [customers] can click a button and get [product] the next day.”

Monica Fitztartick, a salesperson at the Chicago-based Akira retail chain, said she is optimistic about 2014 following a quiet stretch. “This season has been extremely slow through the holidays because of the weather change. Before it started to snow, people held off buying boots and stopped buying heels,” she added. “There was a two-month period when people didn’t buy until an item was on sale or until it started snowing.”

When customers did open their wallets, Fitztartick said, boots from Hunter, Dr. Martens and Sorel were among the biggest sellers, with furry styles from Minnetonka and Bearpaw as the two best performers. “For the next coming months, we’ll sell more of the Hunters and Dr. Martens, particularly the dark reds and pinks, and the light pink, light yellows and blues as we move into spring,” she said, adding that Toms Shoes remains a year-round favorite.

Steve Silver, co-founder of Cleveland-based Next, said his stores benefited from holiday shoppers on the hunt for bargains, too. “It’s been tough, but our sale items are selling well. With the recent cold freeze, a lot of people now prefer to shop online. It’s changing the way people shop,” he said.

Kahalani noted that his e-commerce business also has been robust. “It’s like a marathon that never ends,” he said. The retailer plans to improve DNA’s website in the coming months, as well as tweak the product mix, although he declined to reveal details.

Brookline, Mass.-based Simons Shoes is taking a different approach, kicking off 2014 with its first promotion of the season, said owner Michael Kerstein, who refrained from using the tactic over the holidays.

“It’s important to discount and mark things down, but it’s also important not to hurry,” the retailer said. His store ended 2013 with numbers up moderately from a year earlier. Kerstein attributed Simons Shoes’ solid sales, in part, to the pre-holiday snowstorms across the Northeast.

Two Sole Sisters’ Tate agreed that cold weather has helped sales of fall and winter booties. “The top-selling styles were a Manas bootie in hazelnut suede and perennial waterproof boot favorites by Bos & Co. and La Canadienne, in particular the Carolina women’s dress boot in chocolate waterproof suede,” she said, adding that socks were sleeper hits. “This year I had to place six [sock] reorders to keep up with demand.”