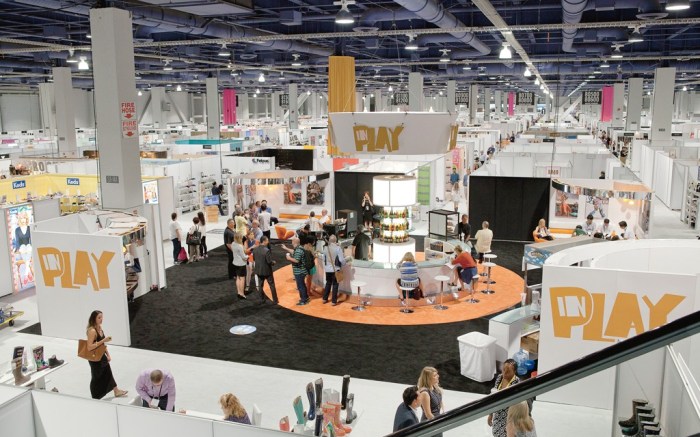 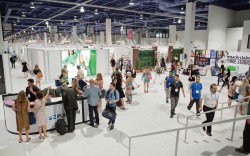 While challenges remain for the footwear industry, buyers shopping FN Platform and other trade shows in Las Vegas last week were largely upbeat about the spring ’15 season ahead.

Jennifer Smith, director of buying at Abbadabba’s in Tucker, Ga., said the store is coming off positive numbers for this summer.

“Consumer confidence is higher, and we’re seeing more foot traffic in the stores,” she said.

Maurice Breton, president of the Comfort One Shoes chain, was similarly enthusiastic. “Consumer confidence is up. Perhaps 2015 will bring the economy, sales and real estate to their prerecession levels,” he said.

In sync with this trend, Breton noted his Manassas, Va.-based company has seen an uptick in sales of upper-tier lines. “We see a big resurgence in the higher-end parts of our ranges selling very well and turning quicker than some of the more moderate brands,” he said. Breton added that the store is responding with more better-grade items such as French fashion-comfort brand Arche, of which the store plans to expand its offering for spring ’15.

Indeed, the shoe industry is gaining ground. During the 12 months ended June 2014, footwear sales totaled $56.2 billion, up from $53.3 billion for the same period two years earlier, according to The NPD Group Inc.

But the independent specialty channel faces more obstacles. LeisureTrends predicted that shoe sales for those retailers will be flat by dollar amount for full-year 2014, with units sold down by 1.3 percent.

Jason Brown, CEO and owner of Thom Browne of Boston Inc., said he has been feeling the pinch. “We’re still dealing with the fall season in front of us,” he said. “There remains some concern about the economy and retail in general. And there are challenges in the market.”

Among his biggest concerns are margin erosion and competition against vendors. “A lot of the brands we work with are opening their own stores nearby,” he explained.

His firm faces steep obstacles in the digital space as well. “With e-commerce, the margins we typically get don’t support the expenses incurred in operating [highly effective platforms],” Brown said. “Zappos and the other big players are offering free shipping, and we can’t afford to do that. Shipping fees make it hard to maintain profitability.”

Brutal weather conditions last winter and spring took a toll on shops across the country and continued to haunt some storeowners in Las Vegas last week.

Kirk Brown, co-owner of Buck’s Shoes in Fremont, Neb., cited chilly temperatures as his store’s biggest challenge, though he is heading into spring ’15 on a slightly more optimistic note based on gradually improving numbers. “It was a difficult spring last year to start with, but the last couple of months [have been] better,” he said. “I am hoping for an upward trend in the next year.”

Brown’s open-to-buy was on par with spring ’14. Brands on his buying list include OluKai, Rieker and Abeo, a private label from The Walking Co. that will be offered for the first time at wholesale.

Comfort One’s Breton took a glass-half-full outlook on the winter forecast. “There’s no way Mother Nature could be as cruel to us next year as she was this year in the first quarter,” he said. “[In terms of product], one of the things we’re looking for is fewer sandals and more open shoes in the shank or back. Shoes that are basically closed, but have open characteristics. They can transition well from the first to second quarter better than sandals that are second and third quarter.”

However, West Coast retailers had different requirements. “It’s been so hot for us that people are only wearing sandals,” said Jessica Roth, co-owner of The Cobblery in Palo Alto, Calif. “We aren’t buying any closed-toe shoes. There are some exceptions like Toms and a few ballet flats, but otherwise that’s our new rule.”

A few brands stood out as must-haves, especially Birkenstock, which was on the buying list for Buck’s Shoes, Comfort One and The Cobblery.

Cornblooms in Madison, Wis., is also banking on the continuation of the sandal label to spark sales for spring ’15. “Everyone’s talking about Birkenstock. It was one of the two highlights for us this past season,” Jeanette Riechers, owner of the store, said, adding that the other standout was fashion-comfort label Cloud. However, Riechers is also delving into some new lines, too. “The balance is about bringing in fresh color and styles while maintaining the brands and looks we currently sell.”

For The Cobblery, spring is the store’s biggest season. “We usually buy conservatively for fall, and then in the spring introduce new product,” said Roth, who owns the shop and its attached shoe repair workshop with her sister, Stephanee Oberhauser. For the upcoming season, they plan to reintroduce Birkenstock and, based on feedback from their teenage daughters, will bring back Keds. “For women and moms, Keds is a well-known brand, so there’s loyalty,” Oberhauser said. “The shoes look young without seeming like you’re dressing like a high schooler.”

Keith Hubbert, owner of Whittwood Shoes in La Habra, Calif., is also bringing in new labels to his 38-year-old store, which stocks men’s and women’s comfort footwear. “We’ll introduce Romika, Aerosoles and Taos. We don’t do fashion, so we stick with good brands that are comfort-motivated,” he said. He noted that his biggest challenge at the show was staying focused in his buying. “You have to pick and choose. You can’t be everything to everybody,” he said.