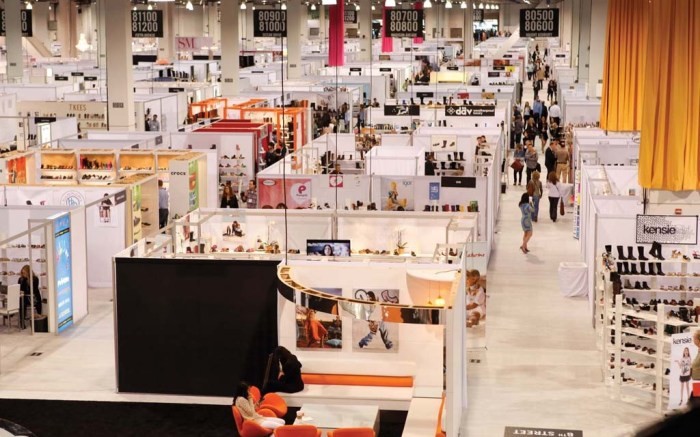 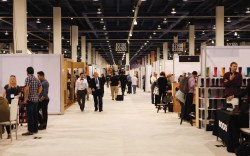 LAS VEGAS — While the winter chill kept its grip on much of the country last week, both the weather and the mood were mostly sunny during FN Platform, which ran Feb. 18-20 in Las Vegas. Several retailers said the season has been both a blessing and a curse.

Footwear buyers shopping the trade show for fall ’14 merchandise reported feeling cautiously optimistic heading into the rest of the year, taking a wait-and-see approach to what Mother Nature might have in store. “What we are worried about right now is making sure our inventories don’t get out of line,” said Rick Ausick, division president of Famous Footwear. “We don’t think we are wrong. We just have to ride it out.”

Strategy was top-of-mind for most buyers, with the sought-after status of boots prompting many to rethink their product mix for 2014.

Allison Krzych, co-owner of Kick in La Crosse, Wis., said functional styles have been making their way onto the fashion scene. “People were buying Sorel boots and wearing them to parties [this winter],” she said. That was a plus for the boutique, whose cold-weather offerings sold out swiftly. But other categories, including dress shoes, suffered. Kick was left with surplus inventory in heels, so Krzych shifted her fall ’14 buy to include fewer dainty looks and more boots. She predicted that shorter styles, such as lace-up ankle boots, will be big sellers at her store. “Tall boots are oversaturated,” the retailer said, noting she also expects shoppers to snatch up wintery items earlier in the season. “People waited for sales [on fall ’13 boots], and then the boots were gone.”

Justin MacDonald had weather on his mind, too. The owner of Brown’s Shoe Fit Co. in Woodward, Okla., said that, after 2013’s dramatic cold snap in the Midwest, he was buying heavily into Ugg Australia for this year. He also plans to add Minnetonka for the first time this fall and stock up on heavier constructions, shorter silhouettes and fashion styles. “I’m picking up Sorel and Hunter — lines that are both warm and trendy, technical but still fashionable,” MacDonald said, noting he increased his overall buying budget by about 10 percent.

Executives from the 108-store Tradehome Shoes chain, based in Cottage Grove, Minn., said they intend to stock more winter gear. “We cleaned up our boot inventory in no time this winter,” said manager Jeremy Teal, adding that heritage looks were high on his shopping list at the show. “However, [the winter weather] has hindered the start of spring for sure. A number of our stores are in the North, so our sandal sales haven’t kicked in yet. Some of the storms in the South also have factored in. It has helped some of our transitional footwear, but we are trying to delay shipping on some of the sandals and things.”

At Missoula, Mont.-based Hide & Sole, sales manager Shawn Sproull said his major concerns centered not on weather — Missoula had a relatively normal season in terms of snow and cold — but on other factors such as competition from large e-commerce stores, politics and the economy. Still, he, too, was optimistic. “We’re fortunate enough that our community believes in shopping and buying local,” Sproull said. For fall ’14, Hide & Sole is responding to an increased demand for short boots and neutral colors by reintroducing the brand El Naturalista after five years without it. “[The line is] beautiful and their prices have come down, so we’re pretty excited,” Sproull said.

Retailers anticipated athletic footwear will stay strong for fall ’14, in both street and sport categories. “We believe the running business will continue to be up,” Ausick said, adding that canvas looks are bound to pick up speed. The executive also noted in a panel at the trade show that athletic product accounts for about 45 percent of Famous Footwear’s overall business.

Sportie LA co-founder Isack Fadlon forecast that heritage sneakers will grab consumers’ attention as well. “We’re seeing it with Brooks, Diadora, British Knights and Etonic,” he said. “It’s this wave of 1980s and ’90s — that retro feel. There was a lapse of that for a while, but all of a sudden it’s back this year.”

Both Fadlon and Ausick said they expect a modest but significant improvement in overall sales for 2014. “We’re anticipating a little increase in sales, so we’ll buy incrementally more,” Fadlon noted.

Beyond boots and throwback athletic styles, everyone was on the prowl for newness. Teal was scouring the show for the next big thing, especially in men’s. “On the men’s side, we need a lot more fashion,” he said. “That’s why we are here, trying to find it.”