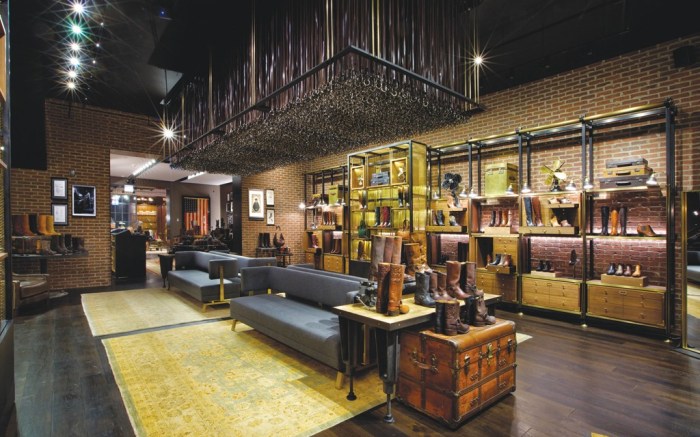 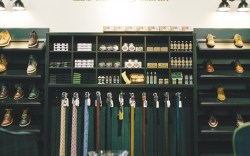 This month, John Buck Co. announced plans to purchase H20 Plus’ Chicago factory for $20 million to develop a mixed-use property west of downtown. Down the street, Sterling Bay Co. recently snatched up Oprah Winfrey’s Harpo Studios for a cool $30.5 million. In the South Loop, The Bond Cos. is preparing to open 231,000 square feet of retail space in September.

The Windy City has transformed into an international hub and cultural draw during the last decade, with a relatively stable retail market and a built-in base of tourists, residents and businesses, said real estate insiders.

“In Chicago, you don’t see the peaks and valleys in vacancy and [housing sales rates], and rental rates spiking the way you do on the coasts. During the last couple years, as [rental] rates rose significantly on the coasts, Chicago rose just a little,” said Todd Siegel, first VP at real estate firm CBRE Inc. “Brands have figured out that Chicago is a place where they can make their mark at a scaled-down level.”

While State Street and Michigan Avenue’s Magnificent Mile are still prime targets, areas bordering downtown are spurring interest. Michigan Avenue south of the Chicago River has established itself as a retail option, thanks to its many parks and museums. Google’s new Midwest headquarters in the old meatpacking district, half a mile west of downtown, has spurred the arrival of hotels and high-profile restaurants such as Nobu, and generated a number of mixed-use developments.

Meanwhile, the South Loop neighborhood — which, as its name implies, is directly south of downtown along Roosevelt Road — is poised to become the equivalent of the highly successful North Avenue retail corridor in Lincoln Park. Big-box formats have done particularly well there, according to Siegel, though off-price and specialty chains such as Nordstrom Rack, Lululemon and Banana Republic also have announced new South Loop locations in the past year.

Thanks to a dense population and low rents — which averaged $20 to $23 per square foot on the north side of the city in the first quarter of 2014 — the South Loop continues to pick up steam.

One of the key developments of the area is the Roosevelt Collection, a project designed to create a hub for street-front shopping along the busy corridor. So far it has appealed to the likes of Ann Taylor Loft and upscale local men’s retailer Haberdash.

“For us, it represented a market that was underserved, urban and filled with young professionals familiar with Haberdash,” said Jerry Kamhi, CEO of the luxury store. “The Roosevelt Road corridor itself also has direct access to the Chicago expressway, which meant it had easy access and free parking for shoppers, [and a lot of traffic to capture].”

With two other Haberdash stores in the highly tourist-driven retail market of River North, Kamhi said the Roosevelt Collection offers the retailer access to a residential neighborhood. He noted the company also plans to move all e-commerce operations to the location by fall.

Back in the heart of downtown, there is still plenty happening along the Magnificent Mile. Department stores are reinvesting in their properties and luxury brands are scouting out spots on label-focused Oak Street and Rush Street. Tom Ford, Saint Laurent, Carolina Herrera and Buccellati have all entered the Gold Coast luxury market in the past few months.

“Michigan Avenue, Rush Street and Oak Street are the [high-end] streets for the Midwest,” said Siegel. “The luxury brands are recognizing that there is a tremendous amount of access to tourists, residents and office workers who saturate and surround the trade area.”

Frye, which picked Chicago for its first store outside the East Coast, is one brand making a play for the luxe shopper. The label’s 76,100-sq.-ft. flagship on Rush Street has been well received by the local shopper, according to executives.

“We open in particular cities when the perfect space becomes available, one with the right co-tenancies, the right bones and, most importantly, one in which we can visually tell the brand story to its fullest expression,” said Frye’s creative director, Michael Petry. “We have seen many similarities between the Chicago shopper and those in other major metropolitan centers. We have noticed that no matter what the weather or season, Chicagoans love to shop.”

Nordstrom also recently announced plans to completely renovate its Michigan Avenue store, which debuted in 2000. Besides rolling out new fixtures and a fresh floor plan, the retailer will open a restaurant, called Habitant, a full-scale beauty concept and special designer shops.

“We always strive to keep pace with how our customers like to shop and how their lifestyles are evolving,” said a Nordstrom spokesman. “Retail in Chicago is extremely vibrant, and our customers have helped us to make this store one of our most exciting locations. They deserve the best experience we can offer.”