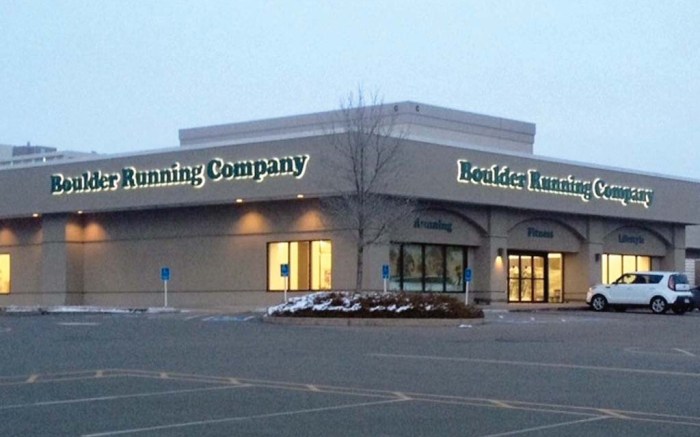 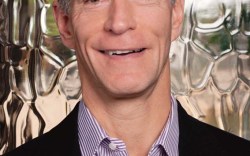 The Boulder Running Co. is reimagining the supersized sports store.

A fixture in the Colorado athletic world since its founding in 1996 by champion runners Johnny Halberstadt and Mark Plaatjes, the three-store chain will get its biggest location yet when it opens a 17,000-sq.-ft. space in Denver’s upscale Cherry Creek Shopping Center in March. The mammoth store — the largest in the specialty running world, according to the company — will be its first since BRC’s acquisition last fall by Denver-based Running Specialty Group.

“With Colorado’s active lifestyle, our location and the BRC reputation, you have an unbelievable convergence of passionate runners looking for a high service level, and that made the perfect foundation to open the bigger store in Denver,” said Ken Gart, managing partner of Running Specialty Group, a joint venture between Gart Capital Partners and The Finish Line Inc.

Though the firm has an aggressive growth strategy for BRC, Gart admitted the Denver opening was mostly about good timing. The firm had already identified the Cherry Creek area as an opportunity when it acquired the retailer. (The location, next to one of the busiest local pedestrian trails, made it an even better fit.)

The store is in an older part of the shopping center and will be torn down within the next five years or so. The short-term lease meant a better deal on rent, as well as a chance to get creative with the concept. The firm will re-evaluate its next move when the lease expires.

“It was an entrepreneurial leap of faith,” said Gart. “This is a chance to try stuff and an opportunity and testing ground we would never have had.”

By saving money on rent in a desirable area, and by partnering with vendors to help cover expenses, the retailer will be able to gauge customer reactions to certain aspects of the new store. Gart said having a location close to the parent company’s headquarters also will be beneficial.

To create a space that caters to the casual jogger as well as the serious marathoner, BRC first turned to its vendors for suggestions. Ideas that came to fruition include a hydration bar by CamelBak, an in-house physical therapy office run by Mark Plaatjes, a community room sponsored by Asics, several concept shops for apparel and a state-of-the-art runner’s lab.

Saucony, which has long conducted proprietary research in a Boston lab, will establish a Saucony Stride Lab in the new store to measure stride, foot strike and more. Chris Lindner, chief marketing officer of Saucony, said the label saw the chance to establish a West Coast face for the brand and also gather data about runners to improve product.

“There aren’t too many running specialty stores with that much real estate, and it’s a fantastic opportunity to try new things,” said Lindner. “We’ve been wanting to pilot this program, so it’s been a great way for us to bring this to retail with a great partner. We’ll get to look at more runners and ultimately build better running shoes.”

The lab itself consists of a treadmill that not only measures foot strike but also is equipped to take 360-degree videos to analyze a runner’s movements to determine which shoes are the right fit. Saucony plans to train BRC employees to use the stride lab, which will be free for customers.

Hoka One One, which has had a strong sales presence at BRC, plans to show its full line at the store.

“BRC is a significant retailer in the specialty running space. It’s growing, and we’re focused on that area,” said Jim Van Dine, Hoka One One brand president. “It’s always been a great partner.”

The soon-to-open store will broaden its focus beyond running to appeal to a range of active lifestyle customers. Nike running and lifestyle apparel, and yoga-brand Lolë will have shop-in-shops, and additional offerings include children’s products, along with walking and casual shoes.

The Cherry Creek shop also will strive to strengthen its relationship with the community, said Gart. The management team comes from Nordstrom, Finish Line and the BRC’s Littleton, Colo., location.

“We want people to engage [with customers], whether they go on the treadmill and find the right shoe or they join a training program or they have the packet pickup for a race,” Gart said. “We want to build the relationships on a higher service level. Better experiences to enhance their lives. That is the goal.”

For that reason, the marketing strategy is centered on the local community. The store will sponsor the Cherry Creek Sneak, a 10-mile, 5-mile, 5K and 1.5-mile run to be held on April 27, and it plans to support other races in the area.