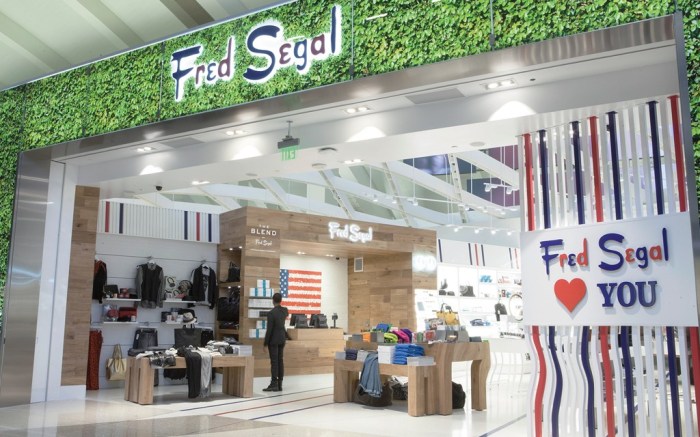 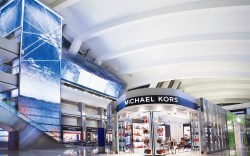 NEW YORK — A host of airport retail projects are slated to debut this year with sharper designs and more variety.

Footwear executives said that as they look to grow globally, airports present an opportunity to communicate brand identity and test locations with a diverse group of customers. Last year 826 million passengers traveled through airports in the U.S. alone, and overall traffic is expected to double in the next two decades, according to the U.S. Department of Transportation.

London Heathrow Airport will bow an entirely new Terminal 2 in June. British retailers Kurt Geiger, Ted Baker and John Lewis will have a presence in the space, as will American brands such as Michael Kors.

“We’re not just putting shops into airports, we’re making [these stores] brand experiences,” said Kim Gray, head of retail strategy at Heathrow. “We’re always going to be a place where brands can come and do the best in-store design, marketing and staffing because we have guaranteed footfall.”

The expanded terminal, which will serve more than 10 million passengers in the first year, aims to bring back exclusivity in travel, according to Gray. A dedicated personal shopping team is available on the ground and a special website will support the brick-and-mortar doors.

At LAX, more than 42 retail locations over 25,000 square feet were added in the Tom Bradley International Terminal.

Eileen Hanson, director of marketing for Westfield, said the company increasingly is rolling out shops and restaurants from local markets, which give customers a unique experience.

The Bradley terminal also has miniature shopping districts, such as “Luxury Island” for high-end shops, including Michael Kors; and the “Boutique District,” inspired by Rodeo Drive. (The latter includes local retailers Kitson and Fred Segal.)

Management company Sandow, which acquired the Fred Segal licensing rights in 2012, said it aims to expand the retailer’s name globally. One of the first new locations bowed at LAX last fall.

“The international terminal is a gateway to the world, and we wanted everyone coming and going through LAX to experience the Fred Segal brand,” said CEO Adam Sandow.

Michael Kors, which had 45 airport shops at the end of 2013, recently opened locations in both Los Angeles and Chicago, and also signed a lease at Dallas-Fort Worth International Airport.

“Our consumers live a jet-set lifestyle,” said John Idol, chairman and CEO of the brand. “We have the top locations in some of the best airports and destinations, and continue to grow the business with travel retail shops worldwide.”