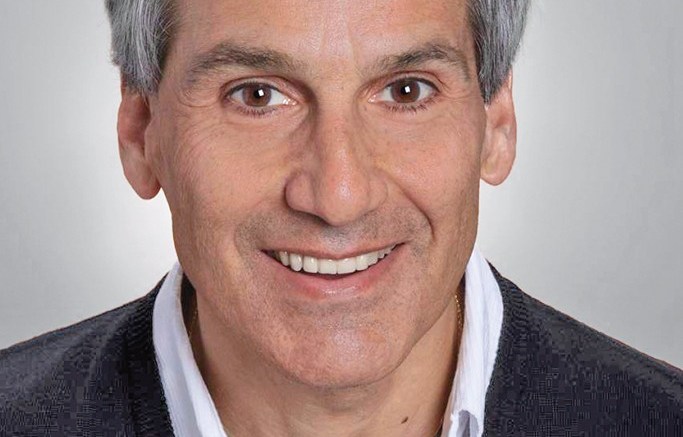 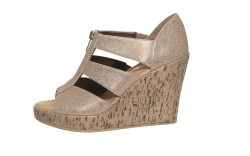 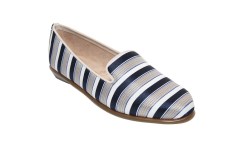 NEW YORK — Aerosoles is entering its next chapter.

Under new owner Palladin Consumer Retail Partners, the comfort footwear retailer and wholesaler is forging ahead with aggressive growth plans, including new product categories, an updated marketing campaign and a revamp of store design. With the new initiatives, the company projects that business could double within the next five years.

“How do we take a world-recognized brand and make it bigger and better?” Jules Schneider, CEO of Aerosoles, said about the motivation behind selling for an undisclosed amount to Palladin, a Boston-based private investment firm. Schneider will continue to run the Edison, N.J.-based business, as well as retain a major ownership position.

Joining Schneider’s management team will be Kevin Mead in the post of EVP of retail. Formerly SVP and director of stores for The Children’s Place, Mead will lead the ongoing expansion and operations of Aerosoles’ retail and outlet locations. The rest of Aerosoles’ executive roster will remain intact.

According to Schneider, Palladin’s expertise will allow Aerosoles to boost its brand image and expand its consumer reach, beginning with the launch of an updated website slated for next month. Such initiatives are expected to contribute to already healthy sales: Aerosoles’ revenues rose 9 percent in fiscal 2013, and another 4 percent increase is projected for fiscal 2014.

“Jules has developed a solid brand with good distribution in wholesale, retail and e-commerce,” said CEO Mark Schwartz of Palladin, who along with operating partner Caryn Lerner will assist Aerosoles in implementing new strategies. “But we believe we can help elevate the way the brand is perceived in the marketplace and make sure the consumer sees [it] the same way in every single channel of distribution.”

To that end, Aerosoles has tapped New York-based ad agency DeVito/Verdi to handle its creative, beginning with a global marketing campaign for fall ’14.

“We know we have great comfort, and we like to design product,” Schneider said. “The question is how to make that message come across to the customer.”

The company has also hired branding firm JDA Inc. to update its retail store concept, with plans to eventually roll out the revamped design to all of its 86 company-owned stores in the U.S., as well as partnership locations internationally.

“[The concept] can be adapted to street, lifestyle centers or malls,” Schwartz explained. “New stores will be done in the new design, and a certain number of existing stores will be remodeled as appropriate each year.”

Schneider said Aerosoles’ overseas business is a bright spot for the company, with strong growth in Europe, Asia and the Middle East. Singapore, Thailand and Taiwan, in particular, are seeing the biggest momentum.

“Between shop-in-shops and [standalone] stores, we have close to 500 points of presence internationally,” Schneider noted. “The partnerships we have around the world are growing. That [piece of the] business is exploding for us.”

In addition to full-price stores, outlets are increasingly important to Aerosoles, accounting for nearly 58 percent of sales.

“We’ve had significant growth in [the channel] over the last five years,” said Schneider, adding that plans call for another 70 outlets in the U.S. within the next three years, bringing the total count to 106. “People are looking for them as an alternative way to shop. They go in and get a value.”

Aerosoles’ wholesale business, meanwhile, makes up more than 30 percent of sales. The brand is sold by Zappos.com, Macy’s and Lord & Taylor, in addition to a strong base of independents.

Zappos reintroduced Aerosoles to its assortment for spring ’14 after a short hiatus. “There was high demand,” said Megan Twigg, assistant buyer for women’s sizes and widths. “Customers were searching for it on [our site], as well as asking for it at our call center. It’s a great brand with great value.”

To meet the needs of more moderately priced retailers, Aerosoles offers sister brands Aerology and What’s What, distributed in big-box stores such as Shoe Carnival, as well as A2, and sold in chains including Kohl’s and JCPenney. The company also runs a private-label program.

Despite a strong retail roster, e-commerce remains a vital and growing part of Aerosoles’ business. In addition to direct-to-consumer sales, Schneider said the website functions as an important marketing mechanism.

“It’s a way to communicate with customers, talk about the product and offer it where it’s not available. Today, it’s tough to talk about retail without combining [our] stores and e-commerce,” he said.

To expand its reach, Aerosoles plans to bow several new categories. A Signature collection of better-grade women’s shoes from Portugal will debut for fall, and kids’ footwear and accessories are on the drawing board.

“There is an opportunity for additional categories,” Schwartz said. “But we want to make sure the core product, which is women’s, is running as well as it can before we start distracting the team with product extensions.”