Will 3-D Printing Shake Up the Shoe Business? 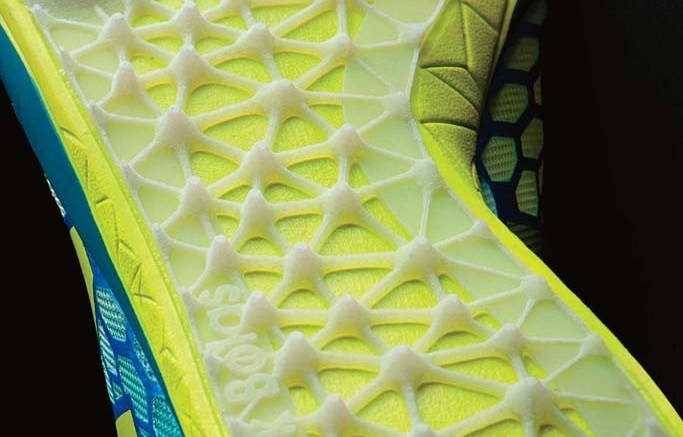 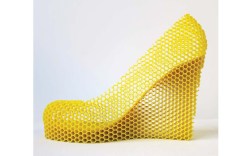 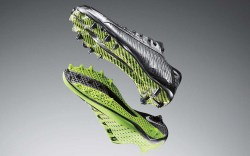 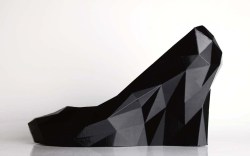 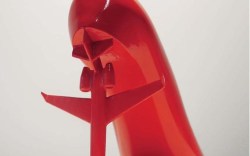 Paging the Jetsons: According to predictions, a day will come when consumers will have the ability to instantly manufacture any object they desire, whether a toy or a pair of shoes, a computer or a steaming cup of coffee. 3-D printers could do it all with just the push of a button.

In recent years, the technology has certainly caught on with the public, as firms such as MakerBot have introduced affordable desktop machines for the casual hobbiest. Meanwhile, a slew of innovators in various arenas, from the automotive industry to the medical field, have proposed groundbreaking new uses for it.

But how will 3-D printing impact the footwear business?

Among shoe executives and designers, the verdict is still unclear. The technology, which transforms small particles of synthetic materials into solid forms using digital specs, has many limitations, but also immense possibilities for changing designing, manufacturing and even retailing.

“We’ve been tracking where printing technology is going for a few years now, and we see that printing has the potential to revolutionize the way a lot of products can be made,” said Katherine Petrecca, manager of studio innovation for Boston-based New Balance, which has utilized printing machines for about decade. “As the only athletic brand manufacturing a significant quantity of shoes in the U.S., from that manufacturing perspective, we want to understand how we can best leverage this technology.”

The brand relies on 3-D printing to create prototypes during the design process — a common usage throughout the shoe industry.

“It allows us to go very broad with prototyping parts that would traditionally take a long time to make at a fairly high cost for the mold,” said Petrecca.

Jay Wailer, VP of product and sales for Hong Kong-based Richlife Footwear, also has found that 3-D printed prototypes cut down on development costs and speed up the turnaround time for his clients, which have included Coleman Footwear, Kodiak and Hi-Tec. “It’s been a strategic advantage in our ability to react quicker to trends and make effective product decisions on what we will include in the next collection, without having the risk of investing money in something that we may never bring to the marketplace,” he said.

Wailer explained that with traditional methods, he might spend $2,000 to $3,000 making a hard tooling to mold an outsole for a new shoe in development. “Whereas when I print this model, it’s phenomenal compared with the hard tooling — maybe $200 or $300 in material costs and time,” he said. “We can avoid big mistakes and those unnecessary capital investitures.”

But 3-D printers can make more than just prototypes. The machines now are capable of creating functional components ready to stand up to real-world wear and tear.

In part, that’s due to new advances in the technology, noted Petrecca. “We’re using a form of 3-D printing called selective laser sintering, commonly referred to as SLS, and the reason that is important is because of the suite of materials you’re able to work with in SLS versus the types of printing we’ve done in the past,” she said. “[It] allows us to deliver more performance materials and performance components.”

And both New Balance and Nike proved that with innovative projects.

New Balance teamed up last year with elite runners such as Jack Bolas, Jennifer Simpson and Kim Conley to produce spike plates tailor-made to the athlete’s unique needs. The brand gathered biomechanical data using a force plate, in-shoe sensors and a motion-capture system, then applied that information to develop the spike designs. The custom components have been so popular that the athletes continue to use the shoes for training and competitions, and Conley reached the finals of the World Championships in the 5,000 meters with her printed plates.

As for Nike, the Beaverton, Ore.-based athletic giant last month debuted a Super Bowl-specific iteration of its Vapor Laser Talon football cleat, which is outfitted with 3-D printed spikes. The design was based on insights gathered from elite trainers within Nike SPARQ and from Olympic sprinter Michael Johnson about how to train for and master the 40-yard dash.

Like the New Balance project, the Nike footwear spike plate was made using the SLS technique, in which particles are stacked layer by layer and fused together into a solid form by a laser. According to the firm, SLS can produce objects that are extremely strong and lightweight. Case in point: The Vapor Laser Talon cleats weighed a mere 5.6 ounces. Nike executives also highlighted in a press release the fact that they can now innovate faster, making design updates within hours instead of days, and use complex data to evolve componentry not just for elite athletes but for average sports enthusiasts.

Meanwhile, in the high-fashion realm, 3-D printing opens up a world of imaginative possibilities.

Dutch designer Iris van Herpen sent fantastical printed garments and shoes down the runway as part of her spring ’13 couture collection, for which she grabbed headlines and a Dutch Design Award in the Product-Best Fashion category. Van Herpen told Footwear News the technology was the best option for achieving her desired look. “The structure was complex and three-dimensional — roots, crawling and braiding around each other. [I knew] molding would not be an option. For this structure, 3-D printing was the only way to go,” she said.

And last fall, as part of the Victoria’s Secret runway presentation, model Lindsay Ellingson was encased in a filigree snowflake corset and headpiece created by architect Bradley Rothenberg from 3-D printing company Shapeways.

That company, which has factories in New York and the Netherlands, serves as a manufacturing partner and marketplace for a community of more than 400,000 users.

One of them, Mary Huang, believes printed footwear can be a reality for consumers. The 27-year-old designer, who has worked in fashion technology for the past couple of years, last week unveiled a collection of wearable heels at the 3D Printshow in New York. The debut line, made from flexible thermoplastic materials, consists of four to six designs, retailing for an average of $200.

“We’re going to be the first people to 3-D print wearable shoes,” said Huang, founder of Brooklyn, N.Y.-based firm Continuum Fashion, which previously concepted a 3-D printed bikini and software for virtual designing. “We’re going to print a lot of it ourselves, so we can use materials that are a little further along. With that, you can do really interesting designs without the usual limitations. If you’re at a much larger company, for instance, you couldn’t do anything interesting with the heel because you’d have to get them molded, and that’s cost-prohibitive.”

Looking ahead, Huang hopes to release a new design every week and possibly collaborate with other designers and brands. Initial distribution for the shoes will be online, which the designer said best suits her business model. “[For this type of] manufacturing, it works well not keeping a lot of inventory. It works better if we make the shoes as we get orders,” she explained.

But not everyone is so bullish on the technology.

Charles Gepp, president of Melissa, said that even though his brand specializes in plastic shoes, it has no plans to switch to 3-D printing methods. “The technology would have to reach a degree that it’s hard to imagine now,” he said. “We’re a long, long ways away.”

His company did get a boost in visibility from it, though, when it hosted a pop-up shop with artist Sebastian Errazuriz during Art Basel in Miami Beach. Errazuriz’s exhibition, called “12 Shoes for 12 Lovers,” consisted of a dozen printed heels inspired by his former girlfriends. “The idea was to play with this idea of what is art, what’s design and also comment on the potential future of consumption using 3-D printing technology,” said Gepp.

The marketing initiative went viral, gaining coverage on dozens of blogs, as well as ABC News and Huffington Post, but it wasn’t enough to convince Gepp to mass-produce the shoes. “That requires a completely different approach than the 3-D printing one. You’d have to make a mold in aluminum and inject [our proprietary plastic] into the mold, like normal production,” he said.

Other executives agreed that 3-D printing has serious limitations, foremost of which is a lack of choice in materials.

Most current machines can process only synthetics, such as plastics and metals, and while the selection is increasing almost daily, New Balance’s Petrecca said the technology is at least a decade away from rivaling traditional shoe manufacturing techniques. “At this point, the softer, more-flexible materials are the biggest challenge,” she said.

Color selections are reduced as well, because few of the supplies match official Pantone specifications.

Additionally, Wailer noted, Richlife has struggled with monopolies in the industry, where printer manufacturers require that all materials be purchased through them. However, he said, a few suppliers such as Ninja Flex have begun bucking the system by offering cross-platform products.

Separately, Wailer added, while the cost for desktop 3-D printers has fallen dramatically — to roughly $2,000 to $3,000 — the same hasn’t held true for machines used at the mid-tier level of most research-and-development teams. Wailer pegged the price for such a printer at $120,000 to $130,000 “for a decent machine you can run on a network in a business environment, that can run multiple materials and spool three to six different materials at any given time.”

But devotees of the technology still have grand visions of a revolution in manufacturing.

“The printers are going to get cheaper and cheaper, and if we could figure out [all the problems] at once — the materials, the printing and the design — we could dramatically advance the expectations for this technology by applying it to fashion,” said Huang.

Van Herpen agreed: “Working from 3-D straightaway will definitely be the near future of creation. The technology will grow into subdivisions, and 3-D printing will be an overarching name. It will change the way designers think. It will change the way fashion is cut.” She suggested designers could even one day be working with both synthetic and biological “living” materials. “Existing disciplines like fashion, architecture, science, molecular biology and biochemistry will merge into whole new disciplines.”