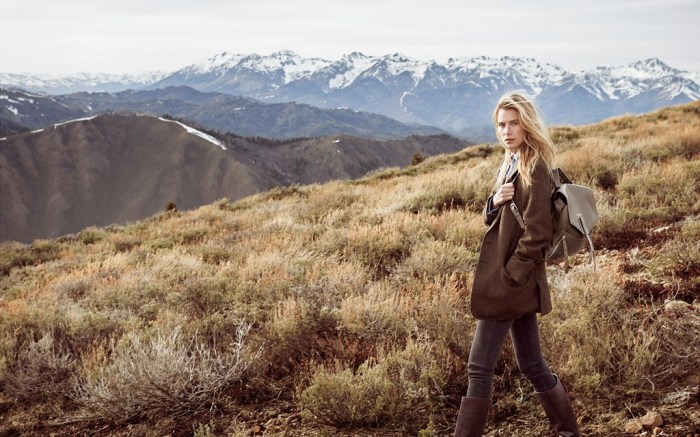 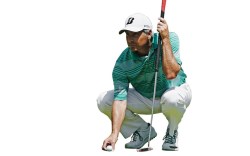 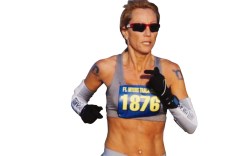 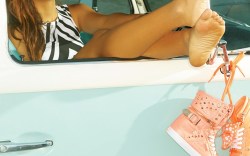 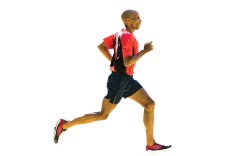 When surf-inspired lifestyle label Sanuk is on the hunt for a brand ambassador, it typically heads straight to the beach. That’s exactly where it found professional surfer Malia Manuel, the latest in a roster of nearly 60 representatives since the promotional program first launched in the late 1990s.

“We identify people who connect closest to the brand,” explained Tommy Campagne, core marketing manager for Sanuk, a division of Goleta, Calif.-based Deckers Outdoor Corp. “We want somebody that represents the brand in an organic way and connects back to our core values.”

Brand ambassadors may not be a new marketing tool, but they are growing in popularity among footwear companies, which are increasingly looking to celebrities, athletes and even bloggers to help engage consumers in a more meaningful way.

Marketers often distinguish between the more widely used spokespeople — celebrities paid a fee to tout everything from cosmetics to car insurance — and ambassadors. The latter generally have a passion for the product with which they’ve aligned themselves, regardless of whether they receive compensation in the form of cash, product or promotion through social media. And in this age of transparency, savvy consumers can tell the difference.

Today’s ambassadors are an integral part of a company’s overall marketing mix, explained John Barker, president and chief idea officer for Barker DZP, a branding, advertising and social media agency based in New York. “They embrace the larger role of living and breathing the brand, not just a photo shoot and print campaign. They show up at live events, wear the product, model the lifestyle, and align with the brand’s voice and philanthropies,” he said.

According to Rich Prenderville, president and founder of Boston-based The Peloton Group, a sports consultancy firm, representatives “should be an elevated peer in a face-to-face relationship.

“Ambassadors create a firmer bond with consumers, and they’re more intimate,” he added. “If someone comes into your gym, house or workplace and has a conversation with you about a product, it’s not strong-armed selling.”

Recent examples of representatives include American model Dree Hemingway, who was hired by Cole Haan as its global face and is set to appear in its fall ’14 campaign as well as co-create with the design team a pinnacle collection of women’s footwear and handbags. “I’m excited to bring my personal aesthetic, mind and ideas to this partnership and to be actively involved in the design creative process,” Hemingway said in a company statement.

Waco, Texas-based insole maker Spenco is another brand looking at the approach. Having launched its first ambassador program last fall, Spenco already has 12 athletes on board.

“[Spenco Medical Corp. has] been around a long time, but most of [its] sales have been through the medical community,” said Bill Reifsnyder, founder and principal of VO2 Marketing Inc. in Philadelphia, which was brought on to develop the program. “The introduction of footwear in recent years gave Spenco the opportunity to open up the conversation and build a community around consumers.”

Reifsnyder said Spenco is looking for people with active lifestyles to represent the product. “They need to believe in it and use it on a daily basis,” he said. “They also need to be great communicators and active on social media.”

The company found such an ambassador in Lisa Buohler, a fitness trainer and duathlete in running and biking. Buohler, who was introduced to the brand through its 2nd Skin line of bandages, became an instant fan. “For me, [the association] has to come naturally,” Buohler said. “It [should be] something you feel can help other people [and that] you can share with them.”

In addition to touting the benefits of Spenco products at sporting events, Buohler is also active on Facebook, where she recently posted photos of herself in Spenco shoes at a prerace dinner. It’s a role that piques her audience’s curiosity, she said. “It usually comes up in a natural conversation,” she noted. “I get comments all the time about my Spenco shoes, even at the grocery store.”

Boston-based New Balance also courts athletes that can engage the public. As part of its marketing initiative in the U.S., it most recently appointed a group of young female middle-distance runners that includes Jenny Simpson, a two-time Olympian. According to Tom Carleo, VP of running, these young women were chosen for their athletic abilities and inspiring personal stories. “It’s not just about them being a fast athlete. It’s about having a story that’s great to hear and tell,” he said.

In addition to connecting with consumers at running events and New Balance clinics, Simpson and other representatives work closely with the company’s retail partners, attending conferences and interacting with associates on the selling floor. “They’ve been there at the grassroots level,” Carleo said. “Instead of putting them on a pedestal, they’re in [stores] sitting and talking to the staff. Because many associates are runners themselves, they’re making a connection at the retail level.”

Speaking of runners, Skechers hit the jackpot when brand ambassador Meb Keflezighi won the 2014 Boston Marathon. “For Meb, winning Boston and setting three personal records in our shoes talks to the running community that we have legitimacy in regards to the products we’re [now] making,” said Rick Higgins, VP of merchandising and marketing for the performance division of the Manhattan Beach, Calif.-based company.

For his support — which includes running in Skechers products as well as making appearances at various events — the top-level athlete is compensated monetarily as well as with a product deal that includes shoes branding his name, Higgins explained.

According to Higgins, it wasn’t until the superstar began running in Skechers that specialty running shops took notice of the brand. “[Before], they didn’t want to have any conversations with us,” Higgins said. “[Now], we hear from accounts that if the shoes are good enough for Meb, then they’re good enough for [their stores].”

While players on top of their game are a valuable asset, companies often keep the relationship going even during their representatives’ career rough spots. “We sign long-term agreements with our athletes and want them to be a part of our brand,” said Jesper Thuen, sponsorship, PR and event manager for Ecco Golf, a division of Londonderry, N.H.-based Ecco. “Golf is a game with ups and downs, and we support our ambassadors in good and bad times. But we do evaluate every ambassador when their contract is up and have a conversation about whether the partnership is beneficial to both parties.”

And like any good marriage, the relationship between a footwear brand and its faces is a two-way street. While most companies declined to reveal the particulars of compensatory agreements, David Warschawski, CEO and founder of Baltimore-based Warschawski, a full-service marketing communications agency, said payment can be monetary or simply a gifting of product. Additionally, ambassadors — especially athletes or up-and-coming entertainers hoping to garner a new audience — can be promoted through the company’s social media channels and marketing campaigns.

Of course, partnering with high-profile individuals can have added risk, particularly if they garner negative attention for personal or professional reasons. “More often than not, it’s recommended [that] brands have [more than one] face,” Warschawski said. “For example, take Tiger Woods — don’t put all your eggs in one basket. Companies need to have multiple people to represent their brand.”

When it comes to lesser-known personalities, damage control is much easier. Sanuk’s Campagne said the company would not likely experience a Tiger Woods scenario, but other problems can arise. “If I saw one of my ambassadors wearing Vans, there would be a big problem,” he said. “We say, if you’re wearing shoes and going [somewhere], you should be in Sanuk.”

Fortunately for the company, Donavon Frankenreiter, a professional surfer, musician and Sanuk ambassador since 1997, said he is committed to their relationship. “I promote and wear the products around the world no matter what I’m doing,” he said, noting he receives money as well as footwear for him and his family. Sanuk also promotes him through advertising and marketing campaigns.

Brands aren’t only banking on athletes. For New York-based Vida International, Australian teen heartthrob Cody Simpson successfully promoted the company’s girls’-only Pastry line from mid-2011 through 2013. Lawrence Arin, VP and GM for athletics, said Simpson naturally connected to Pastry’s target consumer of teen girls. “He acted as a megaphone for the brand,” Arin said. “It was unusual that [an ambassador] couldn’t wear the shoes, but he was [nonetheless] quite effective.” To maximize Simpson’s role with Pastry, the brand, along with Seventeen magazine and Journeys, last year cohosted a contest that awarded one winner the opportunity to win two round-trip flights to Australia and tickets to see the star in concert.

Over the past five years, Pastry has also worked with pop artist Jessica Jarrell, who has appeared in ad campaigns as well as held special performances sponsored by the brand. “We try to diversify our portfolio of ambassadors,” Arin said. “It’s about what’s happening in the market. Trying to capture the eye of the consumer determines who we go after.”

For Arin, it’s easy to tell when the relationship is working. According to him, the spike in sales on e-commerce site Lovepastry.com shows when a particular ambassador is actively working with the brand through in-store appearances and musical tours. “It’s clear and measureable,” he said, noting Pastry’s retail partners also provide selling data that can help track their effectiveness.

Not all ambassadors must have celebrity status, agreed industry insiders. “We don’t have athletes or rock climbers,” said David Cook, director of marketing for outdoor brand Bogs Footwear, a division of Weyco Group in Milwaukee. “It’s all about adding personality to the brand. It’s a different approach. It’s about showing some of the diverse things people can do in Bogs.”

Among Bogs’ faces, typically paid for their services with product, are Canadian landscape designer Nicolette Linton, who shared landscaping tips with Bog’s Facebook community, and farmer and educator Annie Novak, who appeared in a video about her rooftop farm for the brand’s website. “Their roles are about spreading the word and being open to the idea of sharing their stories with a community through our website, [consumer] engagements and social media,” Cook said. “[And in the Chicago Tribune, Novak was] wearing and talking about Bogs, which was unexpected for us. It was a huge added benefit.”

The best brand ambassadors, however, may very well come from a company’s own ranks. “There’s a move to a more grassroots approach,” David Warschawski said. “Creating an emotional connection with the brand starts with the internal team. You hire people who [best] represent your brand and live it every day. It’s about the interactive experience with [consumers] from the lowest-level phone call to the in-store experience that’s true to the brand.”