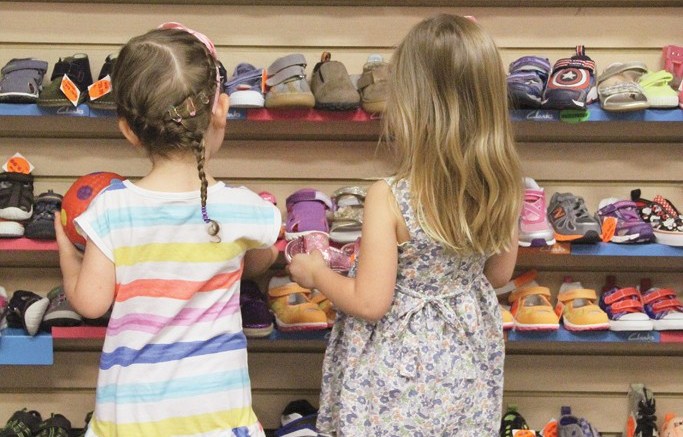 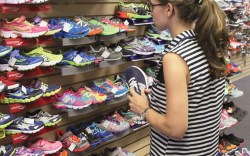 As consumer confidence slowly picks up, retailers hope that sentiment translates into a strong back-to-school season.

“We feel confident about our back-to-school prospects, as we now have more of the key ‘must-have’ styles and brands,” said Will Smith, chief marketing officer of Brown Shoe Co.’s retail division.

Famous Footwear, a division of Brown, aims to stand out from the competition by promoting exclusive styles from Nike, Converse, Vans and Sperry via its “Only at Famous” TV commercials and online and in-store marketing efforts.

New York-based Tip Top Shoes owner Danny Wasserman said he is keeping a range of styles on the shelves, but given the lack of new trends in the fashion market, will rely more heavily on athletic and casual looks.

“I definitely see Timberland becoming a very important piece of back-to-school, which to me means short lace-up-style boots worn with skinny jeans will be important. Dressier high-top sneakers will also be relevant, and boots are still very important,” Wasserman said. For athletic, he, like Famous Footwear, singled out similar brands plus Skechers.

In Atlanta, where public schools opened last week, Sherri Tanner, owner of Buckles, said early hits were Naturino, Keds and other more classic-style brands, though she expected business to pick up later in the season.

“Most kids in public school try to squeeze out the last bit from their summer sneakers and sandals, so we don’t see them until after Labor Day,” she said. “When they do come in, they’re looking for more than one pair and more Sunday/Monday shoes — things they can wear to church and on the playground.”

Digital is playing a larger role in b-t-s. According to the National Retail Foundation’s annual back-to-school survey, about a third of shoppers surveyed reported they plan to buy some portion of their purchases online.

Among the major e-tailers, Amazon Fashion is playing up the convenience factor of shopping online with a dedicated section highlighting top styles. The company cited girl’s fashion sneakers as well as booties and flats from Madden Girl, Keds and Circus by Sam Edelman as important for the season. For boys, the firm is betting on athletic sneakers from New Balance, Skechers and Stride Rite.

“Amazon is a one-stop shop, letting the mom avoid crowds and shop conveniently on her desktop, tablet or phone for everything from clothes to school supplies for her kids,” said Stan Friedlander, GMM of footwear, Amazon Fashion.

The benefits of online also apply to Zappos, a division of Amazon.

Trend manager Natasha Pace said the addition of school-uniform-appropriate footwear on the site is driving more b-t-s business and has been a “big game changer” for the company. Zappos has also created three different fashion stories for its marketing campaigns and is sending regular email blasts that highlight specific b-t-s products and looks.

Pace said the combination of overnight shipping and returns means parents can get what they need easily, giving the site an edge.

“Back-to-school is really the beginning of a new year for us. It’s the start of the fall season and is the transition to holiday,” Pace said.

“We are optimistic for positive growth during this year’s back-to-school time period,” said Rack Room Shoes senior director of corporate marketing Jan Mauldin. “[Our customer] relies on technology to assist her in her busy day, so our challenge is to continuously evolve to meet her needs.”

In addition to traditional advertising, the Rack Room Rewards program has in some ways become a social-marketing tool. The company said it planned to ramp up targeted marketing emails and cultivate a strong social-media presence to communicate with shoppers and highlight promotions.

Rack Room has also turned to mommy bloggers like Girl Loves Glam, Mom Fabulous, and Stilettos and Diapers to emphasize not just value, but style, too, at the store.

On the app front, Target debuted In a Snap concurrent with the b-t-s season. It allows users to scan images throughout the store to shop product on the Target site. Digital components, including video, also make up part of the retailer’s back-to-college campaign targeted at older teens on mobile.

“While four out of five back-to-school purchases happen in stores, we see guests using mobile for research and pre-shopping, and while they’re in the store making purchases,” said Jenna Reck, a b-t-s campaign and PR manager at Target. “We know that moms are using mobile primarily for research. We’re seeing our guests increasingly shop online for backpacks and shoes.”

In terms of brands, the firm said it was confident in the S Sport Designed by Skechers line, which debuted in stores in July.

JCPenney also started its push last month, debuting the “Selfie Expression” campaign in English and Spanish and a stand-alone website for b-t-s shoppers. The campaign runs up to Labor Day weekend, maximizing time and momentum for the second-largest season (after Christmas) for the department store.

The ads highlight key styles that kids have chosen themselves, said a JCPenney spokeswoman. In addition, kids can make their own emoji and show off b-t-s selfies with the hashtag #expressyourselfie.

While retailers ramp up their marketing efforts, analysts are mixed on overall prospects for the season.

“This year will definitely be okay, but not gangbusters. The industry is currently lacking a real fashion trend, which, without it, doesn’t really give the back-to-schooler a reason to buy,” said Robert W. Baird & Co. analyst Steven Marotta.

Marshal Cohen, chief industry analyst at NPD Group, said it’s still a wait-and-see game. “We’re less at a point where you go out and buy everything up front,” Cohen said. “Not everything needs to be replaced every year — whether that is backpacks or something else — but kids outgrow their footwear, which is the exception to the replenishment rule. We can’t rely on the traditional season of June through August sales to look at back-to-school. August is now the bigger month, and September is a lot of times bigger than June or July.”