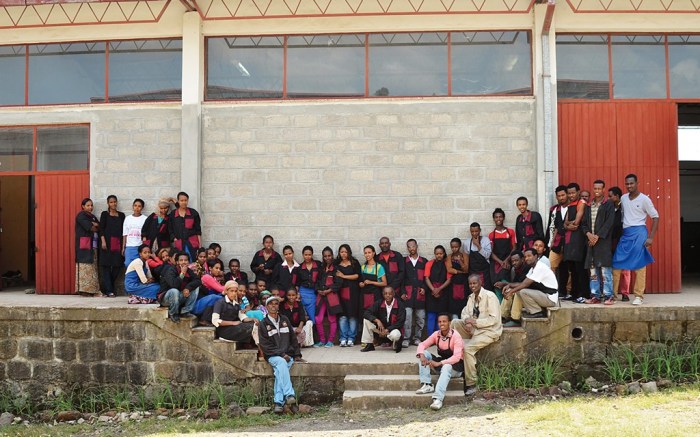 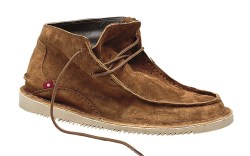 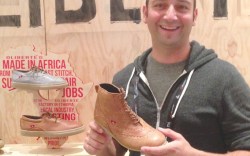 Since launching Oliberté five years ago, Tal Dehtiar has worked to make an impact on the footwear industry — and the world at large.

His men’s and women’s casual label, produced in Ethiopia, helps create jobs for local craftsmen. Last year, the company’s factory became the world’s first fair-trade-certified shoe facility, in recognition of its ongoing commitment to creating positive conditions for its employees and the environment. (The status was bestowed by the Fair Trade USA organization.)

The Oakville, Ontario-based outfit’s fair-trade status caught the attention of outdoor retailer Back Country, which picked up the $100-to-$180 men’s collection this past spring. “We had our eye on the brand for a year or two,” said Lexi Wornson, buyer and manager for the Des Moines, Iowa-based shop. “When it got its fair-trade certification, it meant something for us.”

Based on strong sales of the men’s line, Back Country will add a selection of Oliberté’s women’s shoes and accessories this fall. “A lot of what we do is offer people something unique, but also something they can feel good about buying,” Wornson noted. “Knowing we could talk to people about that aspect of the brand was valuable.”

Burlington, Vt.-based Dear Lucy was also drawn to Oliberté’s story. “Our customer likes to know where the product is coming from,” said manager Kate Butte. “If we can offer something different with an interesting background that is also tied to a humanitarian [cause], it makes customers feel good.”

But Dehtiar stressed that Oliberté’s cause-driven practices are not the only reason to buy the shoes. The enterprise is also committed to raising the bar on the quality of African-made goods. “Ethiopia is a beautiful country with the largest amount of livestock in Africa,” Dehtiar said of the nation’s potential. “It also had an [existing] shoe-manufacturing industry and was the only African country able to compete against Chinese imports. I knew there was potential there, but it seemed basic and raw when I first arrived.”

To better control production, Oliberté opened its own factory in 2012, a move that has resulted in sales nearly doubling. “Before we took [ownership], retailers were taking a gamble on us,” Dehtiar admitted. “[Shipments] were late and quality wasn’t where it needed to be.” Encouraged by the success of the factory, the privately held company is now considering opening a tannery in Ethiopia.

With its production problems addressed, Oliberté has been able to focus on growing the assortment of merchandise. The women’s line was significantly expanded for spring ’14 with such items as the Aduni, a fringed moccasin. “We had been dabbling in [the women’s category] from the start,” said Dehtiar, referring to some early misses that included crepe-sole sneakers that were simply sized-down versions of men’s styles.

Women’s product represented 15 percent of spring ’14 sales, but that number is expected to grow to between 20 percent and 25 percent in fall ’14. Driving that is the addition of fashion-driven wedges, flats and sneakers, retailing from $100 to $150. Dehtiar noted the category could eventually account for the majority of sales.

Oliberté also is eyeing the high-end market. In response to retailer requests, the company is working on a premium collection for fall ’15.

Overall, the founder expects a broader product offering will help the brand garner more shelf space at retail. Oliberté is stocked by a range of independents throughout Canada and the U.S., as well as e-tailers such as Zappos.com and Backcountry.com. It also sells shoes through its own website, which generates nearly 25 percent of business. “The site allows us to take some chances on items and then offer them to retailers once we’ve seen success,” Dehtiar said.

Going forward, the brand will look to grow distribution among outdoor lifestyle retailers. “They’re desperate [to reach] a younger demographic,” said Dehtiar. “Most outdoor stores are [highly] technical, yet many of these [target] consumers are intimidated by fashion stores. They want something that fits their lifestyle and is affordable.”

To communicate its unique story to consumers, Oliberté focuses on guerilla marketing and endorsement and ambassador programs. One example is Sportanya, an initiative that focuses on three African athletes competing in sports not typically associated with the region, such as kite surfing and snowboarding.

“We’re looking forward to Instagram and Pinterest opening up more to small businesses. We feel there is a chance those [sites] may be equally effective if not more powerful ways to market to our core demographic,” Dehtiar said, noting the target customer is a 25- to 40-year-old urban professional with an active lifestyle.

He pointed out that Instagram gives consumers an opportunity to show off the wares. “Instagram is our biggest push [in terms of] social networking,” he said. “People love to take pictures of the outsoles of the shoes, which feature a map of Ethiopia.”

So far, Oliberté has partnered with four influential Instagrammers, seeding them with product. In return, they post pictures of themselves wearing the shoes. The results already have been dramatic. “On our own, we typically get 300 [Instagram] hits,” Dehtiar said. “[Through just] one of these Instagrammers, we’ve gotten 145,000.”