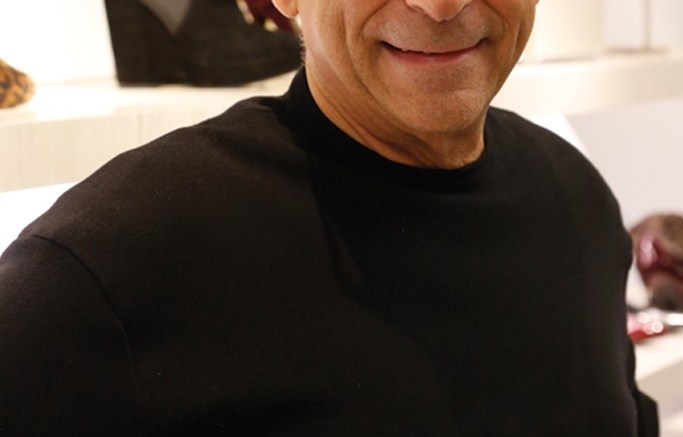 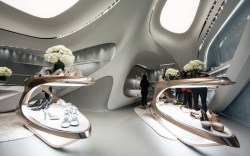 NEW YORK — Stuart Weitzman is mapping out plans for global expansion as the firm focuses on long-term growth under new owner Sycamore Partners.

“The company has thrived having an entrepreneurial attitude, and our partnership with Sycamore sets us up to be as nimble as possible,” said Stuart Weitzman CEO Wayne Kulkin, noting that greater creative freedom is one of the advantages of operating under private equity control. “It’s fun being private because sometimes you can take bigger risks and don’t have to worry about quarterly reporting.”

Under the new arrangement with Sycamore, Executive Chairman Stuart Weitzman and Kulkin will work in partnership with the private equity firm, which finalized its $2.2 billion purchase of former parent The Jones Group Inc. earlier this month. Stuart Weitzman will function as an independent entity in the investment firm’s portfolio of brands.

As reported last week, Sycamore said it will reorganize the remaining businesses at Jones into four independent operating companies: the Nine West Group, a jeanswear business, Jones New York and Kasper Group. This follows the announcement that Kurt Geiger will move ahead as a separate company after a management-led buyout.

Jones purchased a majority stake in Weitzman in May 2010 from buyout firm Irving Place Capital Partners for $180 million. It acquired the remaining portion in August 2012.

Kulkin said both he and Weitzman were attracted to Sycamore’s management because of their history of teaming with retailers and allowing them to run their businesses with minimal interference.

On the benefits of going private, Weitzman said, “It allows us to operate as a free-standing company and assures us of all the capital needed for well-planned expansion.

“Our business strategy has never changed regardless of the division of ownership of our company, and we do not expect it to change with our new partner,” he added.

Sycamore’s financial backing will help fund Stuart Weitzman’s overseas push in coming years, Kulkin said.
“We want to continue to expand globally. We are in a nice position where our business is one-third domestic, one-third direct-to-consumer and one-third international,” he said.

Stuart Weitzman aims to bolster its suite of global stores over the next three years, with an emphasis on Asia.

The brand also will open stores in Germany, Switzerland and Austria with franchise partners.

In addition, Kulkin said the firm plans to spend the next six months sourcing top global talent to help grow the product assortment.

“We’re shoe guys. We make a lot of shoes and we always have, but one thing we want to do in the next year-and-a-half is put together a standalone handbag business and do the same thing in handbags that we’ve been able to do in shoes,” said Kulkin.