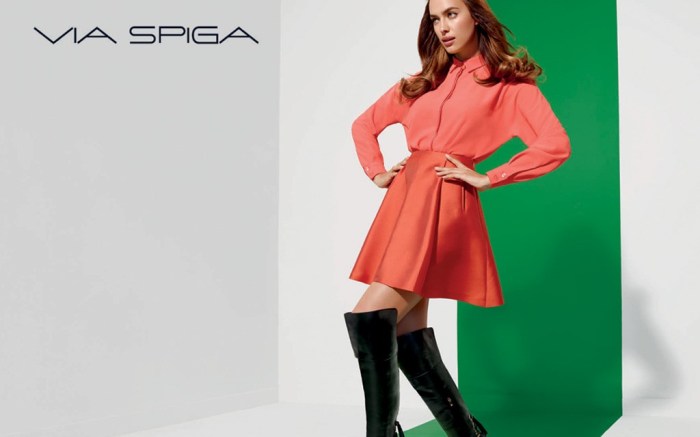 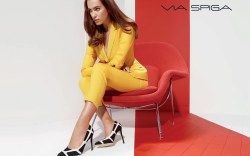 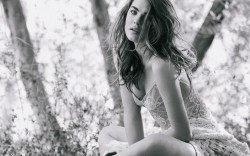 Via Spiga Goes to Italy
Via Spiga tapped into its Italian roots for its fall ’14 campaign. The Brown Shoe Co. brand called on model and actress Irina Shayk to channel architectural and contemporary looks from the fall line. Shot by Miles Aldridge, Shayk appears in pumps, motorcycle boots and metallic sandals, and in looks that play on the red, green and white of the Italian flag. “The resulting compositions, with their graphic forms centered around the statuesque beauty of Irina, have an affinity with the heritage of the cinema of Michelangelo Antonionni and Italian abstract paintings from the 1960s,” Aldridge said in a statement. The campaign debuts in September.

Bambi Takes a Stance
Bambi Northwood-Blyth Single has collaborated with Stance socks. The Australian model and “Punk & Poet” (what Stance calls brand ambassadors) brought some serious sparkle to her collection of specially designed Bglam socks. With lots of sequins and shimmer, Single said of the designs, “Life’s a party, so start dressing like it.” The line debuted in late July; she’ll introduce more designs for holiday.