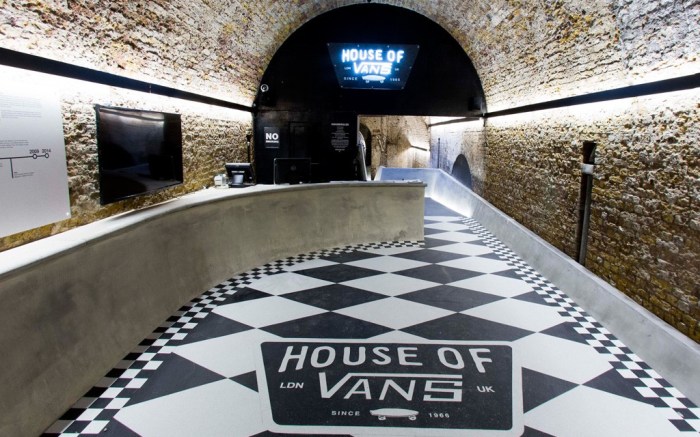 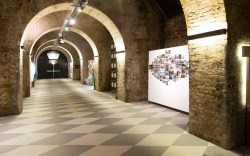 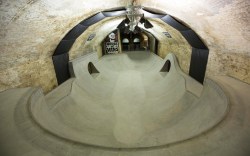 Opening the House of Vans this weekend in London, the California-based footwear label has created the European capital’s only indoor skate park down below Waterloo station.

Embracing the city’s eclectic creative culture, the 3,000-sq.-meter venue is made up of tunnels that feature rotating art exhibits, cinema screening rooms, VansLab artist studios, a music venue, a cafe and two dedicated skate bowls, buried below one of London’s busiest tube stations, which also had a cameo in 2007’s “The Borne Ultimatum.”

Skateboarding stars Christian Hosoi and Tony Alva were on hand for the launch, and Vans’ own Steve Van Doren led a tour through the new skate space, which is open to the public for free from this week.