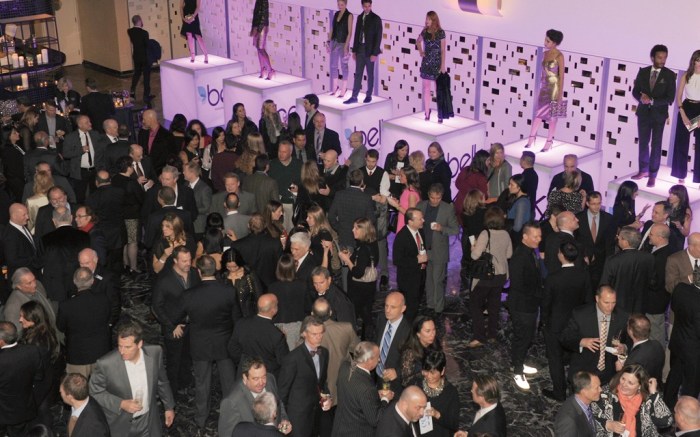 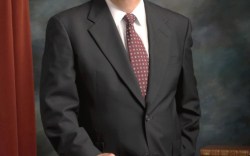 NEW YORK — Two Ten Footwear Foundation is celebrating its 75th anniversary with a new format for its largest fundraiser of the year, set for Dec. 2 at the Marriot Marquis Times Square.

In years past, the organization’s gala has combined an awards ceremony and dinner with a cocktail hour beforehand. This year, however, the events have been split into two: A smaller fundraising dinner and awards ceremony for 300 will be held first, followed by an industry party for 1,600. The fête will feature lounge seating, music and games, and an interactive, energetic atmosphere.

“It’s the biggest event for Two Ten ever,” said Neal Newman, president of the footwear nonprofit. “It’s an entirely new vibe for us and made possible for a number of reasons, not least of which is because [Foot Locker CEO] Ken Hicks is the chairman of the event.

“People loved the previous event, but it’s a traditional program, and it’s hard to make connections across the room. For this year, we wanted to maximize social time and let people circulate,” he added.

The foundation is also aiming high with a $2.6 million fundraising goal, its largest ever. In 2013, Two Ten collected $2.3 million from the gala. Newman explained that in the past two years, calls to the Two Ten emergency relief hotline for issues ranging from medical bill support to career help have more than doubled.

One tradition that isn’t changing at the December event is that Two Ten will honor an outstanding member of the footwear community.

Industry veteran Tim O’Donovan, retired chairman and CEO of Wolverine World Wide Inc., will be awarded the Bob Campbell Lifetime Achievement Award. (The honor is presented only once every five years.)

“It never even occurred to me that I would get that kind of a call,” O’Donovan said. “I felt extremely fortunate in my career because I was extremely fortunate. Two Ten provided for me a great vehicle to do something that would share that good fortune with other people.”

O’Donovan previously served as chairman of Two Ten and currently serves as the chair of the committee managing the nonprofit’s endowment. In 2009, Two Ten established the Tim and Karen O’Donovan Endowment Fund to provide support to footwear employees. He has also been a longtime supporter of FFANY Shoes on Sale and serves on the board of Spectrum Health hospital system in Michigan.

Blake Krueger — friend, colleague and current Wolverine president, chairman and CEO — said it was an easily unanimous choice to nominate O’Donovan for the award.

“Most [of us] describe Tim as a true gentleman, one of the smartest people they’ve met and someone who, in his heart, has always been anchored in giving back,” Krueger said. “Tim has been such a champion of Two Ten over the years.”