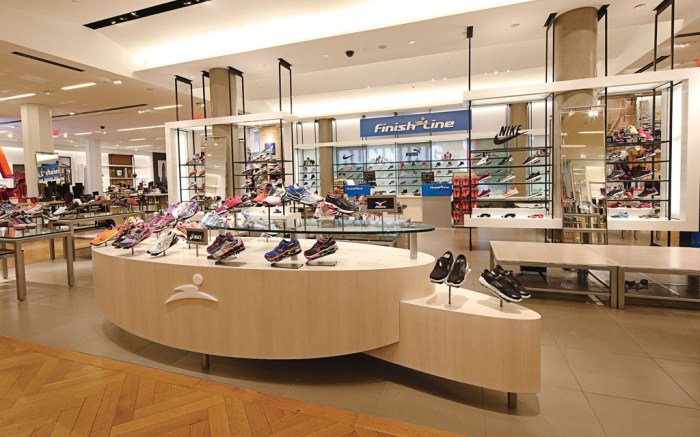 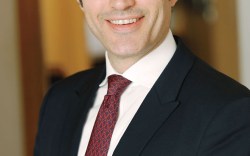 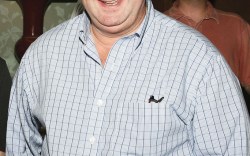 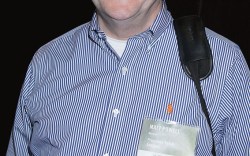 The market is moving faster than ever before, and the companies that are innovative and flexible will emerge as winners.

That was the message from panelists at an hour-long Footwear News roundtable held recently. It covered everything from the hot mergers-and-acquisitions market to the frigid weather that has impacted business across much of the country this winter.

“The consumer has not been motivated to shop for spring products,” said Camilo Lyon, an analyst at Canaccord Genuity. “It’s been a slow start to the year and inventory is building up.”

For William Susman, founder of boutique advisory and research firm Threadstone Partners, the fickle weather patterns this season are indicative of a lasting issue.

“Companies have to think about it long-term. The ability to adapt and be flexible is increasingly important,” he said.

Matt Powell, an analyst at SportsOneSource, noted that athletic and outdoor brands are addressing weather woes by focusing on multifunctional product.

“We’re seeing more hybrid kinds of products — boots that you can walk through the snow in, but that are also fashionable and comfortable,” he said.

Read on for more excerpts from the wide-ranging discussion, which was held at the recent FN Platform show in Las Vegas.

Coming out of the recession, footwear bounced back quickly compared with other categories. Can that strength hold?

Camilo Lyon: Footwear has always been the first category to accelerate coming out of a recession. We had a few good years for fall product with boots, booties and shooties, the whole gamut of styles, performing well. The fashion categories took a bit of a pause this past winter. There is good reason to be optimistic with the trends we’re seeing now and the re-emergence of a chunky heel. Pant legs are starting to widen and clothes are becoming looser. If those trends start to hold, it will be good for footwear in general.

Matt Powell: We are in a permanent state of sneakerness. We now have a whole generation of kids who have worn nothing but athletic footwear. Over the last 11 to 12 years, we’ve seen an average of 5 percent growth in athletic every year.

Across the industry, which companies are you most bullish about?

William Susman: Diane Sullivan is doing an incredibly impressive job at Brown Shoe Co. Steven Madden Ltd. continues to show tremendous strength with its own brands and the other names and capabilities it has acquired. Those are two I continue to think will be leaders.

CL: Under Armour Inc.’s growth has been nothing short of explosive. That’s a brand that is in high demand from all aspects. On the fashion side, there’s no one better at that than Steve Madden. They have a model that works well for speed. If the chunky heel does hold, they’re on the cusp of that. Michael Kors Holdings Ltd. also has a great growth strategy across its footwear, apparel and accessories categories.

MP: Nike Inc. had 59 percent market share last year, and mid-teens growth when the industry grew in the single digits. It’s an amazing run for a company that size to grow faster than the marketplace. Nothing seems to be slowing them down. Foot Locker Inc. and Finish Line Inc. have been able to leverage that strength. I’m really pleased with where Skechers USA Inc. is right now, and 2014 looks real bright for them. I like what Brown Shoe is doing. Its Famous Footwear chain is head and shoulders above its competitors.

What is your outlook for the M&A market?

CL: Price negotiation had gotten a little bit skewed [upward], so there were not as many deals as I would have expected in 2013. Now, potential targets aren’t having a great quarter and are becoming more realistic about their valuations. I don’t know if private equity steps in much more than they have. For many of these [labels], there is a desire to have a brand manager.

MP: There’s a lot of cash in the marketplace, money sitting on the sidelines looking for a home. That is going to generate some additional things happening — whether companies sell off parts that aren’t synergistic or try to find new ones that are.

WS: The biggest question mark right now is The Jones Group Inc.’s Stuart Weitzman and Kurt Geiger brands: They’re independent, self-sufficient, very successful brands in a bigger entity, an entity that has a meaningful amount of debt. One way to pay off debt is to sell off assets. But the new owners, [Sycamore Partners], might want to keep these gems while they try to fix other parts of the business. Over the next few years, some of the larger and more complex organizations are going to have to ask themselves what they are good at and what they want to be. Within Wolverine World Wide Inc., for example, the company has been very clear in saying, “We believe in our brands.” But it’s a lot to manage. At some point, they’re going to step back and rotate the mix.

CL: What you see now is companies are starting to pare back and focus on brands that are highest returning. Nike sold Umbro and Cole Haan to focus on the core and what they do best. I would expect other companies to do that, to pare back the portfolio. That [trend] also gives rise to brand management companies like Iconix Brand Group, Sequential Brands Group and Authentic Brands Group, which just bought Juicy from Kate Spade. There’s an interesting dynamic happening on the brand side of the business.

Which strategic players are on the prowl?

CL: Steve Madden is quickly becoming an acquirer of choice. They are well regarded as a brand manager and have relationships through all demographics and distribution channels. And they’ve got the balance sheet [to acquire]. It’s not a matter of if, but when they make the next purchase and what they’re able to do with it. It’s really more about what holes they’re trying to fill. (For more on Madden’s new deal with Brian Atwood, turn the page.)

WS: I agree about Steve Madden. They’ve been smart, disciplined buyers. Brown, now that they’ve cleaned up, would probably like to have some more brands, particularly to put in Famous Footwear. I am hard-pressed to say that Wolverine will be an aggressive buyer, but with the right asset, they aren’t going to let it get away. Also, VF Corp.’s footwear platform is very strong. You can see them adding to it, but ultimately, it’s less about footwear for footwear’s sake and more about a brand that fills white space.

CL: We’ve been talking a lot about traditional acquisitions, but we haven’t talked about how technology is coming into play. Look at Under Armour buying Map My Fitness, a platform to reach 20 million consumers who are using this technology to gauge their workouts. There’s a big focus on interweaving technology into your daily activities. That’s a real trend that’s going to persist and increase. Nike has chosen to build [its own tech abilities], while Under Armour has chosen to buy. It’s interesting to see how companies will reach more consumers.

Many firms have stumbled internationally over the past year. How are companies changing their strategies?

MP: Nike did a good job foreseeing slowdown in China and made a purposeful decision to put the brakes on so they didn’t get caught up in it. The market has somewhat stabilized, but it’s not going to grow at the same rate. But if you’re not already in China, there’s a huge opportunity for you to be there. There are a lot of brands that are going to leverage that part of their business. In terms of other countries, Brazil is on fire right now. There are issues, for sure, but it’s an economy that is doing very well. Russia has issues, too, but it’s also a growth market. And then you have to roll up the emerging countries and look at them in the aggregate.

CL: What Nike and Adidas have done in China served as a good script for what’s successful and what’s not. Leading up to the 2008 Olympics, it was an arms race to build out as many doors as you could have. A company like VF saw what was happening with inventory glut and the whole market slowing down. The North Face is in maybe 500 doors there.

WS: It’s very easy to talk about international expansion, but there are a lot of apparel retailers that have gone into major European cities, and it hasn’t worked. They can build flagships, but they might not make money. It’s a much tougher question for U.S. footwear retailers than you think. If you’re Nike or Michael Kors, it’s much different than Steve Madden or Vince Camuto. A lot of these companies still have a lot of ways to grow.

MP: It’s going to be fun to watch what happens with retailers. Look at Foot Locker’s acquisition of [German athletic chain] Runners Point. Here was a profitable, well-run platform [that provided an opportunity] to make a strong foothold there. It wasn’t about putting up a couple of stores, it was buying an established retailer.

The distribution model continues to shift rapidly. How are brands balancing retail partners, their online presence and their own stores?

CL: That’s a topic that’s spoken about every 32 seconds at retailers’ headquarters. As we saw with this past holiday season, a lot of purchases shifted online. To be successful as a retailer, you have to give the consumer a reason to go to your store or website, whether it’s creating a membership rewards program or an experience like Lululemon does, something you can’t replicate online. But it’s becoming more difficult because brands, in their own stores, are going to represent their breadth. No one is going to care about your baby as much as you do. But what has been successful is the shop-in-shop concept. Dick’s Sporting Goods is an example of [a retailer doing that], and it’s something that will continue to evolve. JCPenney probably went too quickly with shop-in-shops and didn’t understand its consumers’ buying behavior. Macy’s is doing the same thing, just being more methodical.

WS: Finish Line is never going to be as big as Foot Locker, but what it has been doing with shop-in-shops at Macy’s is creative and seems to be working for both parties.

MP: The industry is vastly underestimating what the Internet is going to do for the business in the next five years. Most of the growth in 2013 came from the Internet. [At these rates], in five years, you’re talking about a third of the total business being online. That’s a sea change. Retailers need to step back and say, “If it’s a third of my business, what does that do to my store population? Do stores that are marginal become even more marginal? How do I get in front of this before it starts to happen to me?”