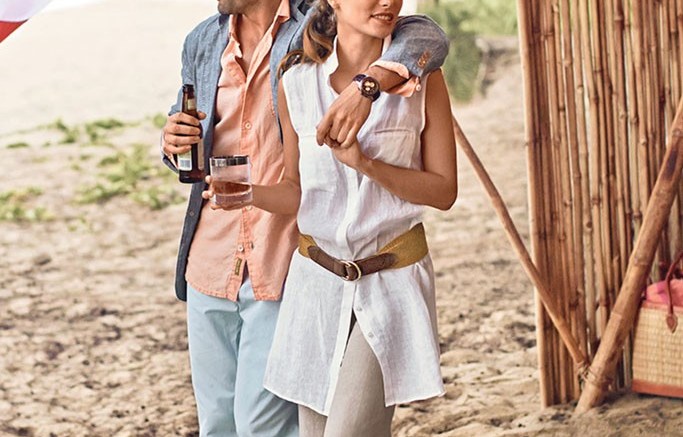 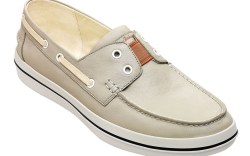 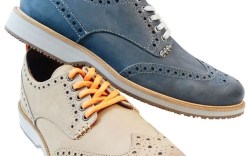 Tommy Bahama doesn’t believe in kicking around in the sand barefoot. The Seattle-based brand, known for its island-inspired lifestyle offerings, just relaunched its footwear collection to include everything from flip-flops and boat shoes to espadrilles.

“There’s a lot of footwear out there,” said Terry Pillow, CEO of Tommy Bahama Group. “A lot of markets are [already] being served. You’ve got to have a niche, and we think that [under] the relaxed-casual umbrella there’s clearly a place for us.”

Introduced in spring ’13, the men’s and women’s shoes mirror a ready-to-wear collection that includes the signature line of men’s silk camp shirts and unconstructed sport coats, as well as colorful dresses and knits for women. “We closely work with the apparel [designers],” said Bornie Del Priore, VP of footwear. “We try to put a finger on what everyone is doing.”

While the brand is most recognized for warm-weather dressing, a growing offering of fall apparel works with lightweight chukkas for men and wedges for women. “We can do cold weather product, too,” said Pillow. “We have four Tommy Bahama stores in Chicago and need the ability to heavy things up, as long as we sprinkle a little sand on it and make them look like Tommy Bahama.”

The brand previously licensed its footwear under two different deals. The most recent collection was available at retail for spring ’10.

“We decided the best thing for us was to bring it back in-house,” Pillow explained. “We can’t just be an apparel brand, so we decided it was time to take control of the [footwear business] and direct it to consumers ourselves.”

To develop the new shoe collection, the company tapped Ray Serna as creative director for footwear design and development. According to Serna, this time around, the brand won’t skimp on details. “[We] have the luxury to use leather linings and uppers,” he said. “There’s more leeway to design.”

However, Del Priore said, “As we build the women’s [apparel] business, we anticipate women’s footwear to have a lot of growth.”

Pillow noted that the women’s segment represents 30 percent of volume for the brand across all categories.

According to Pillow, the company is equally committed to growing its wholesale shoe business. In addition to current apparel accounts such as Nordstrom, Von Maur and Belk’s, independent retailers will present an added opportunity. “They’re a new focus,” said Josh Lizotte, director of sales for footwear, pointing out that a separate sales force has been created to oversee the category.

Comfort Shoes Siesta Key in Sarasota, Fla., bought a concise offering of men’s and women’s sandals for spring ’13. “There were immediate results,” said GM David Vanderveen, noting he reordered for August. “It’s unheard of, reordering that time of year,” because his customer base of snowbirds have already headed home.

For fall ’13, he added men’s boat shoes to complement styles from Sebago and Sperry Top-Sider. “I didn’t want to be like every [other store],” he said. Now, Vanderveen is awaiting the spring ’14 delivery of the Relaxology collection, a series of lightweight casuals for men and women made of a closed-cell compound that rebounds for enhanced comfort. “I know it will be huge,” he said of the line, retailing from $98 to $128.

Nomi Albano, buyer at Set Sail, a men’s boutique in the Hotel del Coronado in San Diego that carries the apparel line, introduced the footwear for fall ’13 with loafers and chukkas. Despite the store’s beach location, she said the shoes were well received, Now, like Vanderveen, she’s looking forward to Relaxology, expecting the line to appeal to travelers concerned about luggage restrictions. “They will be an unbelievable hit due to their weight,” she said.

And Zappos.com men’s footwear buyer Eddie Willlingham predicted the Relaxology line will appeal to customers of all ages. “[Tommy Bahama] knows what the classic customer wants. Now they are reaching out to a younger customer,” he said.

Despite the positive reception to the footwear collection, Pillow said challenges remain. “[Growing the footwear business is] going to take some time,” he said. “There are a lot of people to buy product from. [However], we’ve got all the backroom ability with everything we do in apparel, and now it’s time to put those resources behind footwear.”