The Return of Blake Mycoskie 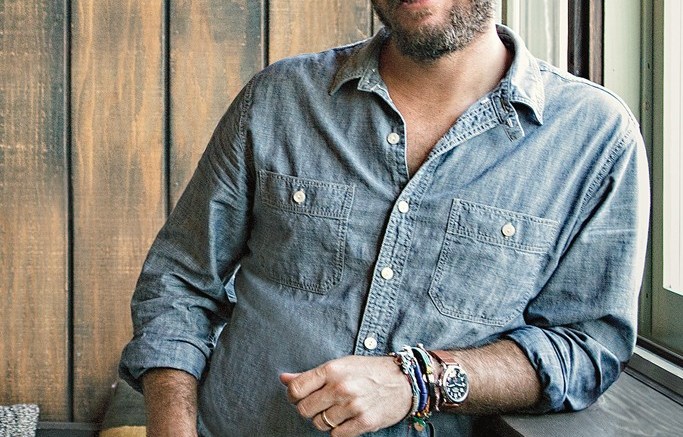 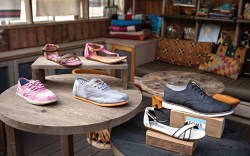 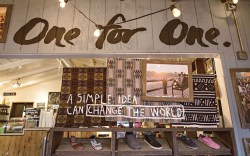 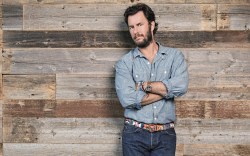 Blake Mycoskie rapidly built a brand with a well-crafted, feel-good story. But in 2012, after six years of tirelessly traveling the world to tell the Toms Shoes tale to anyone who would listen, the founder took a self-prescribed sabbatical.

Simply put, he got tired of hearing himself talk.

With a solid management team in place to run the business, Mycoskie relocated to Austin, Texas, from California, married his girlfriend and contemplated his next big career move.

“What happens with a lot of entrepreneurs is they get to a point where they’ve built a business, loved the early days and then decide this isn’t as much fun or isn’t what they wanted to do. That’s when they usually sell the company. I reached that point,” he recalled. “But because of what Toms is and that no one would ever be as committed to the mission as I am, I wouldn’t sell the business. My version of ‘selling’ and doing the entrepreneurial thing was to take time off.

During a recent interview with Footwear News in his office — which looks more like the living space of a rugged, world-weary traveler than a CEO — Mycoskie confided, “Toms became something much larger than I ever anticipated. I didn’t start Toms to create a big company. All of a sudden, I’ve got this big organization and a company president who is keeping things on track. I began to feel a little less passionate.”

In his time away, though, the serial entrepreneur realized he missed the mission. He longed to innovate and wanted to be closer to his “work family.” He was ready to get back to his crusade of using business to better people’s lives.

Then, on the morning of Dec. 10, 2013, Mycoskie arrived at the company headquarters earlier than usual. He knew that a busy morning awaited where he’d be called on to meet with senior staffers and work the phones. After all, the firm’s president, Laurent Potdevin, had officially resigned to become CEO of yoga-wear maker Lululemon.

Mycoskie wasn’t thrown by the departure. In fact, he put a positive spin on it. For one, he said, the poaching showed how the job market viewed the talent at Toms. But most important, it allowed him to be more fully engaged with the daily duties of running the business without being the founder who has to “tip-toe around.”

And one thing became clear during FN’s visit to Los Angeles: Blake is back.

His magnetic charm has had an immediate impact. With Mycoskie around more, many of the 350 employees were visibly excited by his presence. They gravitated toward him with product and questions as he roamed the headquarters, which features a coffee bar, interdepartment slide and camp-like outdoor space with picnic tables and safari tents. The office is designed to “create those spontaneous moments where great ideas happen.”

But of course, Mycoskie already has a lengthy list of big, new initiatives.

For instance, next month, at the South by Southwest Interactive Festival, he is expected to unveil the latest installment to Toms’ one-for-one model, which, in addition to footwear, includes eyeglasses. While Mycoskie and other company officials were tight-lipped on the product revelation, he did divulge it will “improve people’s lives” and will come from outside the fashion industry.

Additionally, it also will drum up newfound excitement around the Toms brand and for its re-energized founder.

“When we’re determining a new product, we don’t even start thinking about what we’re going to sell until we have a clear understanding of how we are going to give,” Mycoskie said.

That thinking continues to resonate with retailers and consumers.

“[After all these years], our customers are still passionate about Toms and believe in the Toms mission,” said Scott Meden, EVP and GMM of shoes for Nordstrom. “They’ve responded well to new product offerings season after season. This customer is very socially aware, wants to make a difference and loves what the brand has to offer.”

Mycoskie is banking on that passion. For the new product launch, he said the firm will tease the public beforehand, much as it did in 2011 when it launched eyewear. (Today those sales account for roughly 5 percent of the business.) Buzz-building tactics, he added, could include staging mystery boxes in key locations or treasure hunt-type clues — “hints to get people engaged. Theater is important.” The company also is considering introducing an additional fourth product category for fall.

Still, Mycoskie knows that to take the do-good mission to a greater business level he will need to reignite the emotional connection with customers and cement the company’s long-term vision. To get there, he said, Toms must evolve the product line, penetrate more countries overseas and sharpen the brand’s marketing.

“When I [took time off], our messaging wasn’t as clear and crisp and inspiring as when I was involved every day. It’ll be about the way we communicate on social media, the authenticity. We want people to feel an intimate connection to a movement, not like they are a purchaser of a company. It started to get a bit corporate.”

For starters, Mycoskie is working to recapture some of the marketing magic with cool collaborations.

For holiday ’13, Toms created a small collection with popular designer Tabitha Simmons. And for spring ’14, it will release colorful women’s and unisex styles with home-furnishings guru Jonathan Adler.

What’s more, the firm will continue to produce other limited-edition lines with like-minded celebrities and organizations. It has previously worked with Ben Affleck’s Eastern Congo Initiative and Charlize Theron’s Africa Outreach Project.

Toms also will make a big push into the men’s category this year. It has boosted production of men’s-specific styles, such as brogues and tribal boots, and will tweak its website to be more gender-neutral.

The reason, Mycoskie explained, is that even though the men’s business is healthy, it could be much bigger. He said men often tell him their wives and children have multiple pairs of Toms, but when pressed about their own shoes, the men admit the simple-sole canvas styles aren’t for them.

That answer, said the founder, proves the company isn’t effectively communicating the scope of its products.

“We don’t have to get guys to believe in our brand and our ideology, because that already exists,” he said. “We have to let them know they can participate in Toms by wearing the brogues. It’s not all alpargatas.”

Sitting in his office, Mycoskie was eager to talk about the company’s next chapter, while around him were personal reminders of the places he’s visited and all that he’s accomplished in a short span. Pictures with presidents and foreign leaders line the shelves. A framed copy of The New York Times’ best-seller list, featuring his book “Start Something That Matters,” sits in one corner, with a photo of the first five Toms employees in another. Scattered throughout are throw pillows, blankets and other knick-knacks picked up along his global jaunts.

But on the front wall is a map showing the countries Toms plans to expand into or enter for the first time. According to Mycoskie, the company this year will focus heavily on China, Dubai, Germany, Greece and Turkey.

While Toms is sold in 27 countries and hands out product in more than 60, Mycoskie said he aims to improve the quality of its giveaways and measure the effects of foreign aid.

To that end, two years ago he hired Sebastian Fries, a former Pfizer executive, to lead a small research team within Toms. Fries regularly meets with non-governmental organizations to determine the best partnerships, as well as to gain ideas that will enhance how Toms gives to the needy.

“I am most proud of Blake’s decision to go into local manufacturing,” said Fries, chief giving officer. “We didn’t have to do that. That is a game changer.”

In recent years, the company has set up factories in countries where it donates — Argentina, Kenya and Ethiopia among them — but the operations were on a small scale. That changed last October.

Speaking on stage in New York to a group of powerful leaders at the Clinton Global Initiative, Mycoskie announced that Toms will establish a 10,000-sq.-ft. factory in Port-au-Prince, Haiti, that is slated to open in April. Even better, the company intends to hire locals and train them to make shoes. “This commitment is not just jobs,” Mycoskie said from the podium. “Our vision is to provide these workers with true career paths by investing in their well-being and their families. We believe these Haitian workers will become the leaders of a growing footwear industry in Haiti. What brought us to Haiti was philanthropy, but what will keep us in Haiti is business.”

The audience, which included Haiti Prime Minister Laurent Lamoth and activist-actor Sean Penn, applauded. Some even gave a standing ovation.

Soon after, President Clinton stepped on stage and directly addressed Mycoskie: “I’m very grateful to you for putting this plant there. It will help a lot and will help induce others to move facilities there.”

Closer to home, Mycoskie has partnered with other do-gooders to jointly launch an e-commerce marketplace devoted to businesses striving for change. And the brand works to give back to its local community through its flagship store in Venice, Calif., which serves as a community hangout. The space is its only retail location so far, though plans are in the works to bow another in Austin in March and a third in New York later this year to further the Toms mission.

“I’ve never felt better about what we are doing,” Mycoskie said. “When I left, we had a difficult time with me being gone. But now we have our clarity. We have our strategy, and it just feels good. Sometimes it takes going through what we went through to get to that place.”