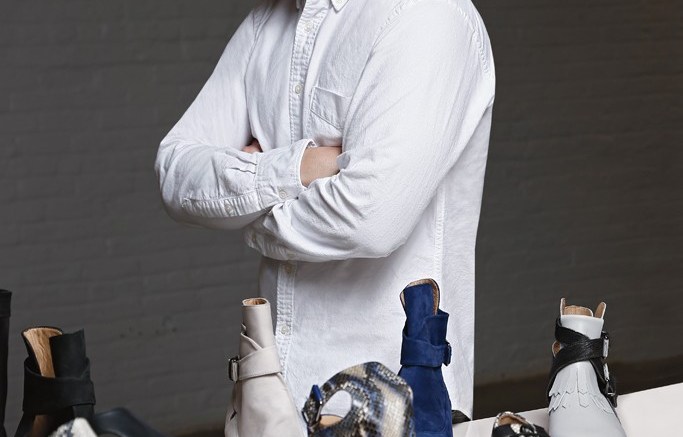 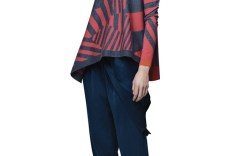 There is something about shoes that affects the attitude of the clothes you are wearing,” said Thakoon Panichgul, showing off one of his just-clunky-enough boots as a prime example. “They change the way you walk and they’re what grounds you. That’s very important.”

Pre-fall marks the first season of footwear for Thakoon Addition, the high-contemporary complement to the designer’s ready-to-wear collection. Addition, stocked in 150 stores, is in expansion mode, and shoes are a major part of Panichgul’s strategy in an increasingly integral segment of the market.

“I knew shoes would be something exciting to explore, but waited until the opportunity presented itself to explore it fully,” said the designer, who is working with production partner Six London to launch the collection. (He collaborates with Laurence Dacade on his runway footwear and previously worked with Giuseppe Zanotti. He also partnered with Nine West on a capsule shoe collection in 2006.)

Overall, Panichgul is focused on organic growth across the company, but he doesn’t want to move too fast.

“The business is growing for sure. [Expansion] is something we continue to focus on,” he said. “But I’m not sitting here today thinking we’re going to have fragrance in two years time. It was never intended that way. Even the initial idea for Addition came naturally from [conversations] with retailers that wanted a more accessible price point and daywear, so it spun off from the main collection as a capsule collection.”

Priced at $375 to $565, the 10-style collection of Addition shoes has been picked up by many of Thakoon’s existing retailers, including Harvey Nichols, Net-a-porter.com, Forty Five Ten in Dallas and Saks Fifth Avenue.

Shopbop.com’s footwear buyer, Gabriela Barreto, told Footwear News she is confident the Addition shoes will win over customers. “The [contemporary] category is a sweet spot in terms of pricing and brand recognition. This collection has some great items and updates to a lot of silhouettes that we sell well,” she said, adding that Panichgul’s spin on a kiltie loafer boot is particularly strong. “That was one of the standout pieces that made us pick up the line. The combination of a more feminine take on menswear is what sets it apart.”

Between trips to Milan and Tokyo (for his ongoing collaboration with pearl jeweler Takasi), the designer talked about his foray into footwear.

Why was now the right time to introduce Addition footwear?
TP: It was a combination of things. We didn’t have shoes to complete the outfit. That was an important part of it. Also, we found the right partner: Six London. They are a niche, cool company. They understand my sensibility. They like things that are a bit more forward and want to experiment. And they want to offer shoes for a good value. Ultimately, that is exactly what we were looking for.

What is your Addition customer seeking in shoes?
TP: She’s looking for fashion, comfort and something she’s going to wear every day. There is a sense of whimsy that comes with our collection that she likes as well. And she is interested in new ideas. For the resort and spring collections, for example, we’re introducing [innovative] styles and mixing them with traditional elements. Women inherently like those kinds of things. The espadrille or ballet flat or pointy pump — those are such classic things, it’s almost like putting on lipstick. But how do we make them more interesting? How do we combine ideas together? That’s what I’m seeking.

Where did you start your design process?
TP: I wanted something that felt new, which was the flatform. The idea of this boy-meets-girl aesthetic has always been important to me. We did it with a manly loafer with a cutout, which makes it still feminine. I wanted to make sure there were lots of twists with each style. That’s the fun part, the mix of everything — nappa leather with pony, python with vachetta. It’s the same thing in my ready-to-wear: I’ll combine prints with solids or cottons with silk. Also, incorporating a natural element, great color, texture and a little [menswear] influence are all things I’m known for that were applied to my footwear.

Did your footwear designs affect the direction of the rest of the collection?
TP: Yes, absolutely. I quite like a feet-first approach because shoes can dictate the outfit. A lot of the time, you’re dressing from the foot up. The footwear design process helped shape what the collection was to be.

Where is the collection produced?
TP: In [Guimarães], Portugal. I’ve been to the factory and it’s great. You get to see the scope of what they do. They produce beautiful, quality [styles]. It’s nice as they welcome the [influx of] new business. There are big players who have taken a lot of the factory space, but there are still opportunities. They welcome it to help grow the economy, but they also want the energy from young designers.

Was there a lot of back and forth before you settled on final designs?
TP: Quite a bit. When you’re working with New York, London and Portugal, there are a lot of different barriers to work around. But once we sat down together in Portugal for a couple days, that helped. The first season is always going to have [issues] as you’re working out the kinks. A lot of the time, I end up liking things that happen that way. I’m drawn to the reinterpretation of things. That happens a lot with clothes for me, too, and I let that occur because then the work becomes more interesting.

Are there particular needs you hoped to address through the footwear?
TP: I hear from [some regions] that people are walking so much and need to be comfortable. But then I also hear [from markets] where people aren’t walking much at all. And I hear from the Asian market that they want color. I take it all in and then filter it through my own aesthetic. You can’t be everything to everybody, so ultimately it’s about being true to the brand and my aesthetic first, and then hearing what the needs are as they come in. We’re just launching and starting to get that feedback. I’m itching to get those comments so I can know what I am doing right.

What is your relationship like with Laurence Dacade?
TP: I’m very specific about the shoes I like. We see eye to eye, and it’s a real collaboration. It’s about working with somebody who speaks my language and gets the message. It’s really nice that [she does].

How do you balance your work on the Thakoon and Addition lines?
TP: I would love to say I spend a set amount of time on runway [designs], but it doesn’t happen that way. It’s all going at once and is very fluid. It’s hard to quantify. If I am thinking of ideas, I like to capitalize on them immediately. I’m an early riser and get my best ideas in the morning. It’s quiet then, and I don’t like a lot of noise. I have my coffee and usually flip through a book to jog my mind. There is something that happens between caffeine and an early morning with a clear head.

How do you plan to evolve the shoe offering going forward?
TP: For pre-spring and spring ’15, there are definitely more textures and natural materials, which I like, elements of roping, but combined with a tougher leather. It’s a mix of tough and feminine. We are introducing more pump styles for resort, but for me, it was about starting strong and solid and saying, “This is what we do: shoes that are quite grounded, for city walking and that are fashion, but still digestible.”