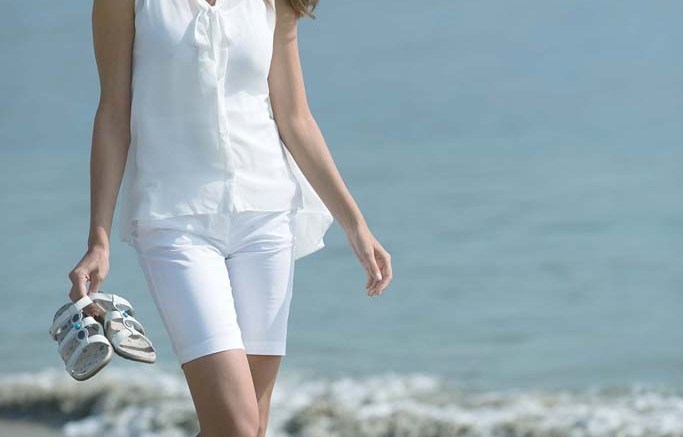 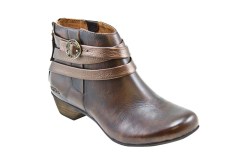 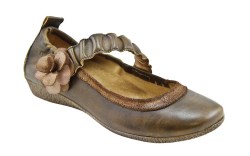 Glen Barad prides himself on being independent-minded.

The founder of fashion-comfort brand Taos Footwear has focused on smaller shoe stores and boutiques, and the strategy seems to be working. The brand saw a 60 percent surge in sales for 2013 over 2012, and another 40 percent increase is expected this year, according to Barad. To support its continued growth, the company has relocated to larger corporate offices and warehouse space.

At Foot 2 Sole in Heber City, Utah, owner Syndi Parker said Taos’ focused distribution strategy allows her store to offer distinct product while avoiding price wars. “Because Taos doesn’t sell to larger stores, there are no competing issues,” said Parker, who has carried the collection for the past two years.

And Parker noted the brand has broad appeal. “Everyone who steps into the shoes loves them,” she said. “As people become more familiar with the brand, business has been building.”

Originally launched in 2005 as a sandal collection, Taos has since evolved into a contemporary line offering tailored oxfords, Mary Janes, booties and ballet flats, retailing from $90 to $240. “We dabbled in closed shoes for a few years,” said Barad, “but it’s really taken off over the past two or three seasons. We’ll probably jump soon into more boots, something we’ve stuck our toe in before with great success.”

At Maple Grove, Minn.-based Schuler Shoes, VP of merchandising Leslie Butler said the store introduced the Taos line five years ago with sandals and has since added the closed-toe styles. “It’s now a 12-month brand for us,” said Butler. “The fall product is really coming on [strong].”

While the collection covers a range of wearing occasions, Taos’ signature footbeds have helped distinguish the label. “We have [our] DNA built into every footbed,” said Barad. “They’re all anatomically correct, supportive and comfortable.” Signature footbeds include the proprietary Curves & Pods design that is built into closed styles and features contours that hug the foot for support and shock-absorbent elements to provide cushioning.

Dino Grasseschi, buyer for The Cobbler in Hayward, Calif., said Taos’ footbeds have attracted customers at his store. “[The shoes include] arch supports and are contoured, which is a big sales point,” he said, noting the Trophy, a strappy sandal that incorporates a polyurethane footbed with arch and metatarsal support, continues to be a key seller.

At Shoefitters Inc. in Ambler, Pa., manager and buyer John Killaly said the collection’s soft leather uppers have resonated with customers with foot issues such as bunions. “Portofino, a handmade collection from Portugal for fall ’13, took off for us,” he said.

While the Taos line is produced globally in countries including Portugal and Spain, its design influence remains tied to its namesake city of Taos, N.M. Signature touches include natural stones, metal ornaments and playful embroidery, all referencing the area’s artisan heritage. “It’s the serenity, artistic nature and casualness of the lifestyle of Taos that inspired us to choose the name,” said Barad, giving design credit to Angilina Douglas, head of design and development. “It’s up to her team to bring it home.”

The look of the brand appeals to a range of women, whether college age or older, said Barad. The design team regularly receives input from its independent retailers about what works with customers.

“There’s trial and error in everything you do,” he said, “[but] we listen to our retailers and consumers, and learn from them in order to [maintain] a fresh, fun and contemporary identity.”

According to Len Jacobson, director of marketing and communications for Taos, the brand relies on social media venues such as Facebook and Twitter to get the word out. “It’s been a great opportunity to give consumers more depth and familiarity with who we are and what we’re passionate about,” said Jacobson. However, Taos also continues to work directly with storeowners to promote the line. “We believe in building from the ground up and therefore do a lot of grassroots work with our retail partners.”