One to Watch: Oscar Tiye by Amina Muaddi 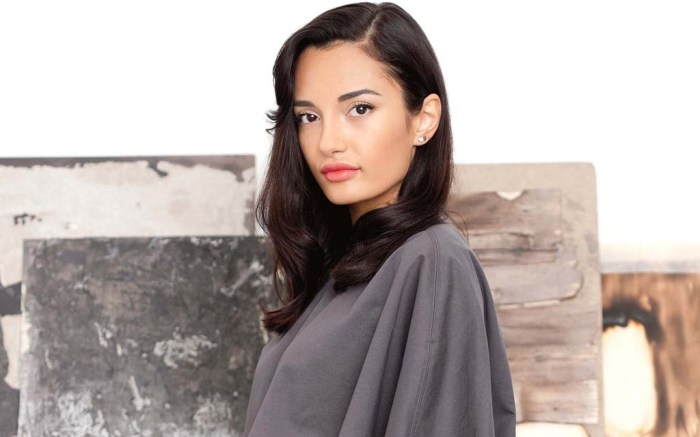 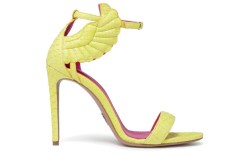 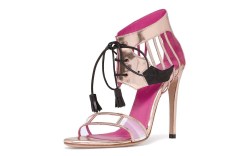 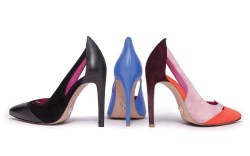 Footwear might be a second career for Amina Muaddi, but it was her first fashion love.

“I’ve been obsessed with shoes since I was a child,” the designer said. “[Footwear] is my biggest passion.”

Muaddi’s high-end women’s label, Oscar Tiye, which she co-founded in 2013 with business partner Irina Curutz, is a testament to her affinity for the category, featuring elegant, classical shapes and modern hues.

The single-sole stilettos, flats and kitten heels in leather and exotic skins bring together influences from the designer’s Middle Eastern and European background. Subtle references include silhouettes and color combinations inspired by Islamic and Byzantine architecture, prints and ceramics. Oscar Tiye’s logo, a gold scarab, is based on the traditional Arab good luck charm, and the inner lining of each shoe is magenta, a royal color in the Arab world, according to the designer.

“The idea for the line was a way for me to get back to my roots,” said Muaddi, who lived in Jordan until age 7 and Romania until 16, before moving to Italy. “I always had it in my heart, and this was the best way for me to do it.”

The newcomer already has caught the attention of industry influencers such as Anna Wintour (Oscar Tiye was featured last September as part of the Vogue Talents event in Milan, organized in partnership with Wintour) and trendsetting celebrities including Zoe Saldana, Hailee Steinfeld and Julianne Hough. Retailers carrying the label, which bowed in fall ’13 with an average price of $750, include Level Shoe District in Dubai and Italy’s Luisa Via Roma and Antonioli.

“We are always looking for emerging, talented designers,” said Graziella Carta, footwear buyer at Luisa Via Roma. “We love the Oscar Tiye [sandals embellished with ankle-strap] wings. We found them original and fun. [Muaddi] is in the right way to become a top designer.”

Globally, buyer response has been positive, said Silvano Scarpellini, sales manager at Milan-based Massimo Bonini Showroom, which represents the brand. “The collection is complete and the meticulous finishing has been particularly appreciated,” he added. “It’s a young brand that certainly has all the features to get good results on the international market.”

Although Muaddi has long been intrigued by footwear, her first career stop was publishing. She studied fashion communication at The European Institute of Design and went to work for Condé Nast (publisher of Footwear News) after graduation. Early assignments included Men’s Vogue in Italy, and she moved on to style fashion shoots for GQ in the U.S. under contributing editor Michael Nash, but she yearned for something different.

“I had wanted to work for a magazine since I was a child, but I realized that styling wasn’t my path,” she said. “I decided I was going to make shoes and I started talking to [Michael], who was extremely supportive. He told me to follow my dreams, so I came back to Milan.”

Upon her return, Muaddi spent a year exploring Italy’s Veneto region, learning the trade as she went. “It was really hard, but that’s why I loved it so much,” she said. “It was like a school for me and it was beautiful seeing all these artisans and cobblers and factories. Seeing the product being made for one year gave me an amazing perspective.”

Muaddi also has a clear idea of her target customer’s aesthetic. “When I think about my client, I think about a cool, refined, chic, fun lady,” the designer said, adding that she also focuses on comfort with extra-padded footbeds. “The shoes are fierce but classic enough to be worn by an ageless woman. She wants to discover new things all the time. She actually wants to be the first one to try things.”

Muaddi aims to strike a balance between avant-garde and refined with ladylike silhouettes and bold touches such as wing details and scarab-shaped cutouts. Colors vary from basic black to neon yellow. “I didn’t want to [make shoes that were] in-your-face or looked very ethnic because I wanted the product to be similar to me and my vision,” she said. “My vision is not very opulent. I wanted them to be chic, cool and feminine, but without being vulgar or tacky. It’s sexy, but with everything in balance.”

Amina Muaddi
Age: 27
Name game: “When I was doing research for the brand, I found an ancient, scarab-shaped piece of jewelry that belonged to Queen Tiye of ancient Egypt,” Muaddi said. “That’s where the name Tiye comes from and that’s where our logo comes from.”
Personal style: “I’m a Gemini, so I get bored very easily. My life and style are about constant evolution. There is a part of me that is more chic and feminine — I love wearing outfits that have a retro sexy vibe — but on the other side, I’m a little bit gangster.”
Fashion secret: “When you’re not inspired, just go with minimal — a white T-shirt, gray jeans and a cool pair of shoes. Just choose the easy, cool style.”
Design idols: “Nicholas Ghesquiere and Miuccia Prada. Those two are on another level.”