One to Watch: Mulo 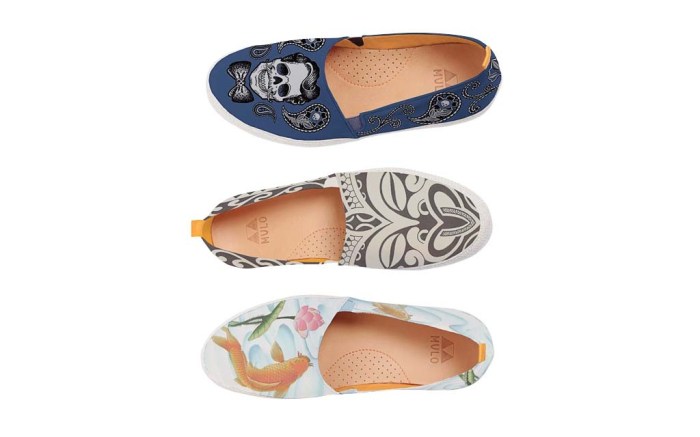 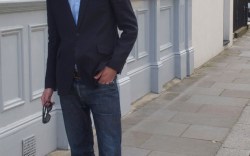 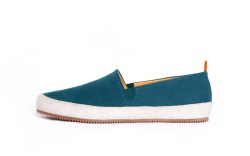 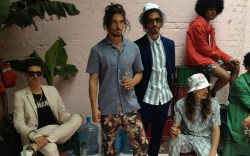 While on the high seas in 2011, two obstacles spurred Tobias Cox to start Mulo, a line of footwear based on his appreciation of the humble espadrille.

“I was sailing from Antigua to Venice and had taken a basic pair with me. I found them to be impractical on the boat. Made with just jute and canvas, they fell apart quickly,” said the 34-year-old British designer, who splits his time between his native London and New York. “The bee in my bonnet came when I wanted to wear them in other settings and realized they were quite limited. That was the starting point of the journey.”

Upon returning to the U.K., Cox, who had a background in business but no formal footwear training, set about reinterpreting the style. He kept what he called its “simple charm” but then imbued the espadrilles with a “more tailored, formal appeal,” using a Northampton-sourced oxford last and a coated canvas material from Scotland. Japanese linen braiding was added around the natural rubber sole in a nod to the original, Cox said of the harbinger.

Since starting small in 2012 with a men’s offering, priced at $145 to $175, the Portugal-made footwear label has since added a women’s version and begun to garner retailer attention. Roughly 40 boutiques stock the brand, such as Bonobos.com, Le Club 55 in St. Tropez, France, and United Arrows in Japan. And Matchesfashion.com and Beyman in Turkey, as well as others, have signed on for spring ’15. The brand said wholesale accounts for 70 percent of the business, with the remainder from sales on its own website.

Bonobos VP of design Dwight Fenton added Mulo to the menswear e-tailer’s assortment after spotting the espadrilles on a friend and purchasing a pair for himself. The shoes quickly sold out on the site.

“Espadrilles are having a big moment in the world of men’s fashion, but they are not an easy silhouette for everyone to pull off,” Fenton said. “Mulo solves that problem by crossing them with a Vans-style slip-on.” He noted that Mulo’s hybrid quality pushes the espadrille out of the casual realm. “They are becoming day-to-day wear for guys. There are a lot of these things that were formally lowbrow being converted into highbrow. Just look at the amount of places people can get away with wearing sneakers.” Moving forward, Fenton and Cox are discussing exclusive prints and colorways for Bonobos.

In addition, Mulo has collaborated for the past two seasons with London menswear label Hentsch Man on its collection footwear, done in lively illustrated prints and sold on Hentsch’s site. Cox has also introduced seasonal U.K. artist collaborations, such as a spring ’14 line with Pete Hawkins featuring colorful parrots.

Aiding Mulo’s forward momentum is Cox’s business partner and soon-to-be wife, Ingrid de Vries, who worked on the brand-building side at Bumble & Bumble and Box Studios. “She brings real commercial savvy in the fashion space, coupled with marketing expertise, that allow us to move as quickly as we have,” said Cox, who now focuses on the financial and production side of the brand, while she handles business development and public relations. The two are the sole investors in the company.

De Vries also spurred him to add the women’s collection, which accounts for more than 30 percent of the business. “Women were buying the shoes for the men in their life, but then they wanted a pair, too,” she said. “It was great to launch with men’s because the women’s market is much more convoluted. We still position ourselves as a shoe for the modern gentleman, but also his girlfriend.”

Celebrity stylist Alex Longmore agreed: “I discovered Mulo while Christmas shopping at a pop-up event in Notting Hill last year and wanted to buy them for all my brothers and family members.”

In turn, Longmore introduced Cox to tattoo artist David Kafri, whose dandified inkwork graces Mulo’s spring ’15 offering. “It’s clever and witty,” Cox said of the motifs. “In addition to the artwork sitting nicely on the shoes, the skull has this character of a lad you might meet in a St. James gentleman’s club.”

Looking to the future, Cox plans to grow his wholesale business and expand sales to the Southern Hemisphere, where sockless footwear is a year-round essential. “In the short term, we want to focus on increasing our distribution,” he said, noting the spring line has expanded to 48 SKUs.

For fall ’14, Cox also introduced a style in Harris tweed to further the seasonal message, but he doesn’t plan to stray too far from the line’s core look. “Our focus is on this single style for the time being. We don’t rule out developing additional designs, but they would be anchored to the same silhouette,” he said, unwittingly referencing those nautical roots.

Tobias Cox
Age: 34
Birthplace: Hammersmith, London
Married in Mulos?: “They will certainly be featured across our wedding weekend. We will be providing guests with some customized styles for the dance floor and afterward if their feet are tired.”
Capital of style: “We’ve just come back from Pitti Uomo in Florence, and the shoes resonated well with the incredibly put-together Italian men. The style there is extraordinary. It’s a celebration of gents and is very inspiring.”
Holiday destination: “I like visiting St. Tropez in the summer. We even created a limited-edition run of charcoal Mulos sold at Le Club 55.”
Dream feet: “I would absolutely love to see David Beckham in a pair of the David Kafri-print shoes. Equally, Rihanna in the ladies’ tattoo pattern.”
English lessons: “I’m into simple things done impeccably well. I have a couple of Savile Row suits and will treasure them until the day I die because they are so beautifully made.”
Homesickness cure-all: “A Sunday roast with friends and proper English breakfast at Soho House. That can lift my spirits when I’m in New York but pining for the home country.”