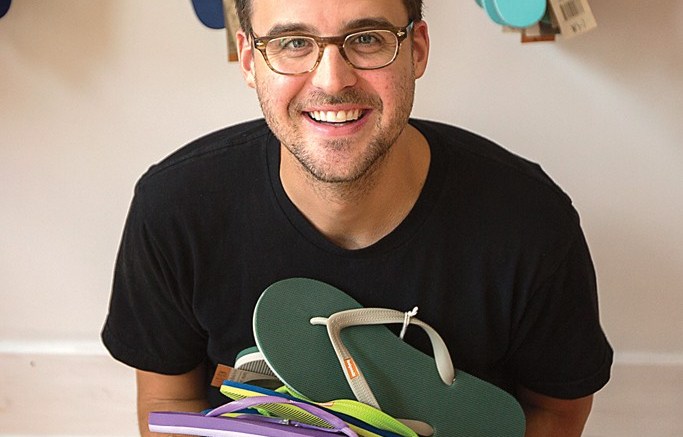 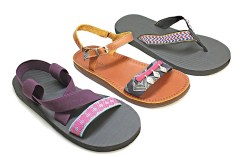 Sometimes, a name says it all. For Raleigh, N.C.-based Feelgoodz, a deep commitment to supporting local producers of natural materials is at the heart of its business — and it’s driving the brand as it expands into new categories and distribution.

Founded by New Orleans native Kyle Berner in 2008, the sandal company was born when the executive bought a pair of natural-rubber flip-flops at a market in Thailand. He was inspired by the comfort and the idea that using natural rubber to make shoes could directly support family farms in developing countries. After sourcing the raw materials in Thailand, Berner started production there.

It’s been a busy six years. Today, the brand creates leather and natural-rubber sandals for men, women and kids, and is sold in 150 independent accounts across the U.S., as well as in high-end grocer Whole Foods Market, which stocks the product in 265 doors nationally.

Since launching, Berner said the company has started sourcing materials from Vietnam and Guatemala, and hopes to add Pakistan as a supplier for spring ’15. Earlier this year, it announced a collaboration with Jack Johnson that supported the musician’s Kokua Hawaii Foundation, a nonprofit focused on environmental education.

Revenues for 2014 should hit $1.5 million and are projected to total $2.5 million in 2015, Berner said. The company is actively targeting more outdoor retailers, as well as fashion and boutique independents, and expects to be in 350 Whole Foods locations by next year.

“The first five years was learning what we’re doing and scaling within Whole Foods,” Berner said. “But there’s something special with the brand, and we’re looking forward to growing it further.”

Retailers said their consumers are responding to the combination of comfort, quality and a great story.

Donny Parker, GM for Shades Sunglasses & Casual Apparel in southern Alabama, noted the chain began selling the line two weeks ago and has been impressed with the reaction.

“We’ve had tremendous success with it,” he said, recalling how he fell in love with the brand this spring after encountering it at the Hangout Music Festival in Gulf Shores, Ala. “The biggest response has been the comfort — the actual quality of the product. And when you throw the story on top of that, it’s a home run.”

Berner wants to take the brand further, though.

For spring ’15, three styles are being added to the $25-to-$50 line, which is made from natural rubber, as well as vegetable-tanned suedes and leathers for certain styles.

And this holiday season, the brand will launch its first slipper collection, called Lizzielooms by Feelgoodz for its creator, designer Lizzie Gonzales McTighe. The line was inspired by beautiful fabrics that McTighe saw in a market in Vietnam and is being crafted with materials made by 160 weavers from nine villages in Guatemala’s San Marcus region. The 50,000 women’s-only pairs, which will retail for $30, are one of a kind, according to Berner. “It’s farm-crafted. Every product that we make is handmade, derived from a very specific farm or weaving village,” he said.

The exec noted Feelgoodz worked with the Guatemalan government to identify the villages that would benefit most from the endeavor. And the brand maintains close connections with the suppliers. In fact, Berner leaves this week on a trip with Feelgoodz staff to check on production of the styles in advance of the October delivery.

Going forward, the brand will add more staff and is weighing a fall ’15 launch of a true closed-toe line, Berner said. It is also targeting bigger retail accounts, such as REI and Nordstrom, and the team is working aggressively to scale production to accommodate that level of distribution.

“We have the supply chain and logistics where we could pull the trigger, but we want to do it right,” Berner said.

Kyle Berner
Age: 33
Hometown: New Orleans
Stroke of luck: Feelgoodz’ largest account, Whole Foods Market, signed on after an employee saw an article about the brand in the New Orleans Times-Picayune. “They sent me a cold email in February 2009 saying, ‘I ran across your story, I like the look, can we set up an appointment?’”
Career ladder: Before founding Feelgoodz, Berner had an eclectic resume: “I was a music producer out of New Orleans, worked as a hot dog cart vendor in Austin, then moved to Thailand to teach English for a year, then I was a basketball coach and a career adviser.”
Business role model: “Patagonia has the Footprint Chronicles, and we’re building that on our end. It’ll be very similar, where customers can go online, see where [the shoes] come from, what they’re made of, everything in between.”
Collab corner: “The partnership with Jack Johnson has been great. We’ve sold through at least half our inventory already, and what’s awesome is he’s selling it as part of his tour merchandise. We’ll regroup in August to talk about 2015.”
Growing pains: Feelgoodz just hired its 15th employee and moved offices in April — four months after a previous move to a larger space.