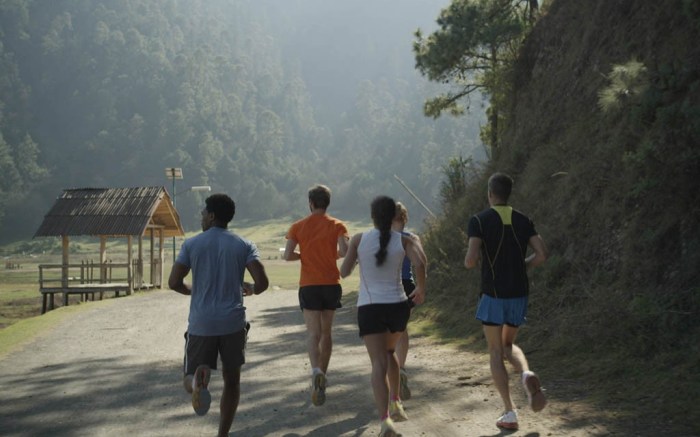 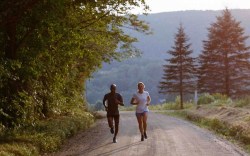 Mizuno USA is ready to kick off its next phase of stateside growth.

The athletic brand, a division of Osaka, Japan-based Mizuno Corp., has made new hires on the marketing and sales side and opened up a distribution center to improve fulfillment. And the group, based in Norcross, Ga., is going on the marketing offensive, launched the running focused “What If Everybody Ran?” and golf-centric “Play Famously” campaigns in March 2014.

“We’ve tripled our business in the U.S. over the past 13 years and built our brand as a multi-specialty company, but good enough never is,” said Mizuno USA President Bob Puccini. “We have an opportunity to get to the next level.”

The brand notched a 32 percent uptick in sales in North America last year, hitting $370 million. Volleyball, golf and running, especially, continue to be the dominant categories. Mizuno had 2.8 percent market share in the U.S. last year, according to SportsOneSource analyst Matt Powell. That’s up from 2.6 percent in 2012.

“We have a vision of where we want to take the business, and to do that, we need resources and infrastructure to support that growth,” Puccini said.

The company announced in March it will open a new 520,000-sq.-ft. distribution center in 2015, which retailers said should amplify the brand’s ongoing efforts to improve inventory availability and fulfillment.

And Puccini added the new distribution center’s increased space and updated capabilities will be critical as the brand seeks to grow its own direct-to-consumer business, as well as support e-commerce with its retail partners.

“Channels are changing and demands are changing,” he said. “We need to be able to service our customer and consumers on a direct basis and in multiple ways.”

The brand’s plans also include a number of staffing changes.

Following the March departure of its running division VP and GM, the company reorganized its sales department, appointing Reebok vet Chris Walsh to the newly created position of VP of sales and naming Dick Lyons to lead all product divisions as SVP and GM. Longtime employee Rod Foley was promoted to VP of product management for running.

The firm also added new talent on the marketing side to help grow awareness and boost its overall profile and appeal to a broader, less performance-only customer, Puccini said.

“Mizuno has great tech, but going in a different direction [with ‘What if Everybody Ran?’] to running lifestyle is a good move,” Fleet Feet’s Van Slyke said.

Mike Cosentino, owner of the seven Big Peach Running Co. stores based in Atlanta, said Mizuno is the chain’s fourth-biggest brand and that gaining share will mean diversifying its offering to not be as reliant on its franchise Wave and Inspire models. But, he added, the brand is taking marketing seriously and its message strikes the right note.

“It resonates with our channel and recognizes the sweet spot there isn’t the runner who is winning their age group [at races],” Cosentino said. “It doesn’t alienate that performance-[oriented] individual, but opens it up.”

And Puccini said the brand is ready for the challenges: “With some of the things happening, we think we can help drive to another level.”