Mississippi Tannery to Bolster US Manufacturing 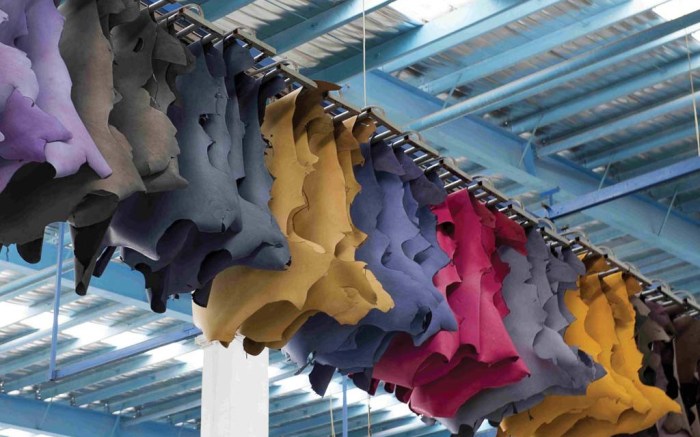 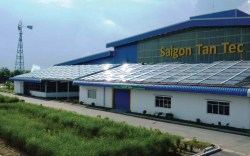 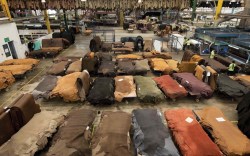 Germany-based leather producer ISA TanTec is about to call the U.S. its newest home.

Next January, the firm is slated to open a tannery in Vicksburg, Miss., to better serve the growing domestic manufacturing movement. The plant, set to be built on more than 50 acres, represents a $10.1 million corporate investment and is expected to create more than 350 local jobs.

“We believe that by providing more leather production within the U.S., it will encourage more shoemakers to produce in this region,” said Tom Schneider, CEO and president of ISA TanTec, which already has facilities in Vietnam and China.

He added that rising costs in China factored into the move. Shorter lead times are also an issue for the company, which buys in excess of 500,000 hides per year from the U.S. for processing in its plants.

Schneider estimated the U.S. location could account for 25 percent to 30 percent of ISA TanTec’s total production within five years.

Roughly 80 percent of the leather produced by ISA TanTec is used for shoes. Among its American footwear clients are Wolverine World Wide, Timberland, Teva, Rockport, Born and LaCrosse.

LaCrosse Footwear works with ISA TanTec’s Asian plants, Saigon TanTec and Heshan TanTec, for its overseas manufacturing only. The Portland, Ore.-based company may add the new Mississippi location to its roster of U.S. resources for domestic product, senior director of product Stephen Belatti said. “Options are a good thing, especially with a trusted partner with which we have a great history,” Belatti said, pointing out that the firm’s made-in-America Danner products use leathers sourced from domestic tanneries. “We are always looking for ways to support our U.S. manufacturing facility.”

Shoe manufacturer Rancourt & Co. is also bullish about the new arrival, though it has no previous connection with ISA TanTec. Kyle Rancourt, VP of sales and marketing for the Lewiston, Maine-based firm, said it could help spark renewed interest in U.S. manufacturing. “The general population is starting to recognize and appreciate U.S. craftsmanship again, and brands are starting to listen,” he said. “The more sources available makes it easier to manufacture things [here] and encourages more companies to open manufacturing [operations in the U.S.].”

With new opportunities come challenges, including competition. However, Schneider asserted there is room for everyone. “There are three tanneries in the U.S. producing similar leathers in considerable volume, and the others are small and produce specialty [goods],” he said.

In addition to working with U.S. shoe companies, ISA TanTec expects its Vicksburg facility to support manufacturers in Puerto Rico, the Dominican Republic, Mexico and other locales. Currently, the firm provides these areas with small quantities of leather from its Asian operations. “With the move into America, we will be able to supply the same leather globally,” Schneider said. “Our customers are global players, and they need the same products and services in various regions.”

ISA TanTec also has the advantage of a history of sustainable production, Schneider said. Its Asian plants have received the Leather Working Group’s Gold rating and have created an ISO 14001-certified environmental management system. “We provide our customers with a comprehensive list of restricted substances,” he said. “In doing this, we show our commitment to providing them the tools of producing and marketing sustainable footwear.”

Wayne Mansfield, executive director of the Vicksburg-Warren County Economic Development Foundation, noted that TanTec is a natural fit for the Vicksburg community, which has a focus on environmental issues. “We have three U.S. Army Corps of Engineer facilities here, one of which is among their largest research labs,” said Mansfield. “They have a large environmental staff, so we have the mindset of preserving our natural resources.”

Although the Vicksburg tannery will rely on skilled personnel, Schneider emphasized that not all workers will be required to have prior shoe industry experience. “We also need mechanics and office personnel,” he explained, adding that the company is ready to relocate the necessary staff.