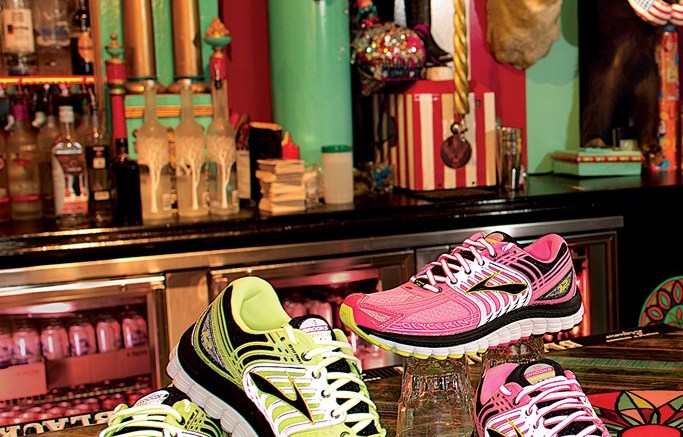 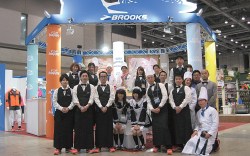 Brooks Running Co. has a global agenda, and the company is starting with Europe.

David Bohan has been busy racking up stamps in his passport after relocating to Amsterdam in early April to run the firm’s European business.

In that short time, Bohan — who previously held the position of president & COO but assumed the role of president of EMEA when he relocated — has hit the road, visiting Italy, Switzerland, the U.K., Germany and Spain as part of a mission to increase visibility and sales across the continent.

“We’re going to build on our momentum in the U.S. and inspire every European to run happy and be active,” Bohan told Footwear News.

Brooks established its first European subsidiary in Germany in 2002. Since then, the company has significantly expanded its footprint in the region. Today, Bohan said, “we have very strong businesses in the U.K., Italy, Spain, Germany and France, and have distributors throughout most of the rest of Europe.” While growth in Asia is on the firm’s radar, Europe is the hot spot for Brooks over the next three years.

“Our business has grown in the double digits across Europe as a percentage of growth,” Bohan said. Brooks declined to break out regional sales, but said Europe saw a 27 percent increase in revenue growth in 2013.

According to estimates from Macquarie Securities analyst Laurent Vasilescu, approximately 25 percent of Brooks’ total sales are in Europe, and that number is increasing.

“Its growth is amazing and shows that the company is growing at a very healthy rate,” Vasilescu said.

“The relocation of our EMEA headquarters to Amsterdam — a centrally located country with an active running community — allows us to strengthen the Brooks brand with runners across the region and provides us with a rich opportunity to attract top talent into our growing Brooks family,” Bohan said. “Europe presents a huge economic opportunity for us, and we will take the time to build the right team.”

But the brand won’t change the merchandise in the process.

“Our top-selling products in the U.S. are our top-selling products in Europe. The core product lines don’t change because we are so focused on the biomechanics of the runner,” Bohan said, though he suggested there could be regional tweaks. “There may be some colors that are more successful in areas such as southern Europe, where they tend to like brighter and more fashion-forward product.”

In the coming year, the biggest challenge will be to build brand awareness among consumers in the region, Bohan noted.

Brooks traditionally has focused on store-based marketing campaigns as opposed to the bigger-budget print, TV or social media spends of Nike and Adidas. That strategy has paid off with the running community in the U.S., and Brooks will follow the same model in Europe. “Brand awareness is not yet where it needs to be in Europe. The biggest thing we will be focusing on is our efforts to connect to the runner, which we will do through grassroots efforts and events in stores,” Bohan said.

Supporting Bohan in his new role is Brooks veteran Heiner Ibing, who in January was appointed as managing director of the Germany, Austria and Switzerland region and drive the company’s quest to lead in those key running market in the EMEA. Bohan noted Germany is the second-largest sales market for Brooks globally, while there is opportunity in Italy, Spain, France and the U.K.

Additionally, the company is beefing up its ranks with company veterans. Hamish Stewart, formerly SVP of operations, relocated from the company’s global headquarters in Seattle and was appointed U.K. country manager, effective in January. At the same time, Dan Rickfelder, who formerly was based out of Seattle and managed Brooks’ distributor business in Asia and central South America, took on the role of brand manager for Spain.

Paul Swinand, an analyst at Morningstar, lauded the firm’s European expansion strategy, which he said will benefit from recent strength in the region’s running category.

“As a more high-end brand, it makes sense for Brooks to go to Europe,” Swinand said, noting that the recovery in Europe mirrors the state of the U.S. economy in 2009 or 2010, so the wallet-friendly running market could be poised for a boom.

“The companies that kept investing during that time have emerged stronger. Spain is also a great place to be as things there can only go up,” Swinand added.

Looking ahead, Bohan said the company is energized about the potential.

“This morning on my daily run I was talking to some people and they didn’t recognize who I work for — they were both runners wearing Asics shoes — so I told them to go to Runnersworld in Amsterdam and ask about Brooks,” Bohan said. “We are confident we can grow our footprint in Europe and build the ‘Run Happy’ spirit throughout the world.”