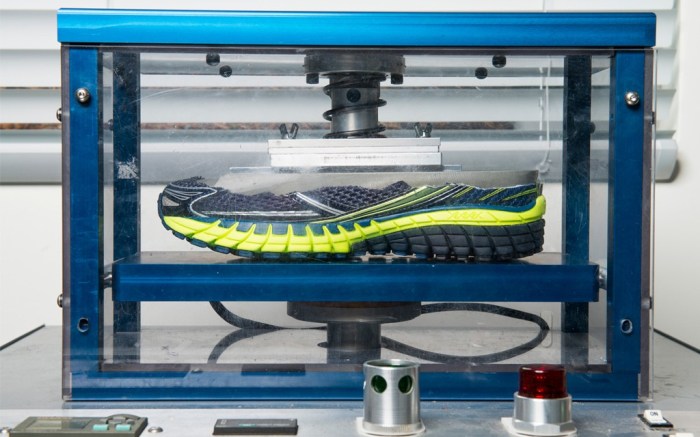 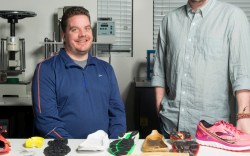 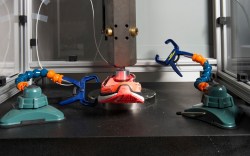 Brooks Running Co. looks to its in-house biomechanics and innovation team to keep up with the constantly changing running landscape.

Pete Humphrey, VP of research and development for Seattle-based Brooks, told Footwear News during a tour of the brand’s lab that consumer feedback is central to the product development process.

“Everything used to be driven out of this side,” he said, gestured to the area with extensive testing equipment used to develop and evaluate products and materials, including a 3-D printer. “Now it’s really driven out of this side” (i.e. the other half of the lab, where runners are hooked up to machines and test product on treadmills).

The change, which Humphrey credits for some of the brand’s biggest technological breakthroughs, including its adaptable DNA midsole material, has been fueled by a new focus on biomechanics.

Biomechanical engineer Eric Rohr noted the forward-looking perspective has been critical in the development of the brand’s new Stride Signature philosophy, which emphasizes an individual, runner-centric design.

“It’s not just a fitting process; it’s information for us to evolve our footwear,” Rohr said.

Brooks also has been tracking changes on the manufacturing landscape.

“There’s consolidation in the marketplace around the factory and product side, [moving from] China to Vietnam to Indonesia, and those are new challenges for us,” Humphrey said.

But while the larger industry struggles with rising labor costs and the need to incorporate sustainability into lines, Humphrey said Brooks has always kept the issues in mind. “Those have always been our values,” he said. “Other people are feeling that pressure or that pinch, [but] we’ve already been working toward it.”

Both Humphrey and Rohr agree that the potential exists to bring some manufacturing back to the U.S.

“The challenge and the opportunity is around running and what we can build that delivers the best experience,” he said.

And change has given the lab a whole new perspective, as Brooks is using the same technologies and data it did before but interpreting and using it differently.