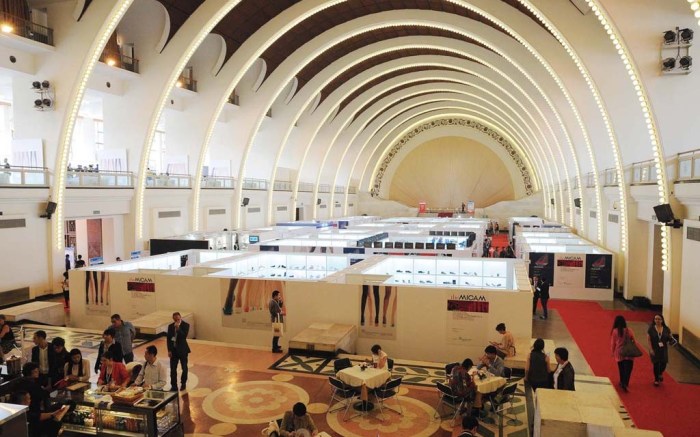 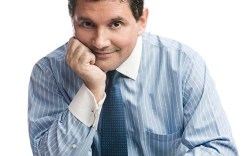 MILAN — The Micam is determined to grow its international presence.

After wrapping up the Milan trade show earlier this month, organizers are prepping for the third edition of the Shanghai fair next week. Their newest target: New York, where they plan to launch an event next year.

“The game is becoming more and more global,” said Fabio Aromatici, GM of The Micam and Assocalzaturifici, the Italian footwear manufacturers’ association. “We have to be competitive and we want everyone who sees the Micam logo to understand you have a certain format, a reliability and offering.”

While the trade show is still hammering out a strategy for the Big Apple — where it will team up with exhibition partner Fiera Milano — it is working to grow the Shanghai fair, which launched last year.

“The event represents a unique chance for companies to meet with the most qualified buyers, retailers and distributors in Asia, and particularly in China, South Korea, Singapore and Japan,” said Cleto Sagripanti, president of Assocalzaturifici. “The third [edition] has strengthened the international profile of its program for buyers, raising the quality level of the event.”

Here, Aromatici talks more in-depth about the China push and his strategy for New York.

How have you developed Micam Shanghai since it debuted last year?
FA: Everything is moving so fast in China. We’ve found that everyone needs a little more direction, and not just because of the language barriers. We launched a service called Micam Match that is happening now, before the show starts. A special staff [links] the brands with specific Chinese buyers. We aren’t trying to influence retailers’ decisions, but we want to make them more aware of what they can find at the show.

China is such a massive market. How many buyers do you target for the show?
FA: We care more about quality than quantity. We have 300 VIP buyers and we buy their tickets and host them at the show. There is a larger [outreach] program as well. Chinese professionals handle all the communication.

Are previous vendors returning to the event?
FA: Sixty-five percent of the brands [at this edition] have already exhibited in the first or second show. We have more than 200 exhibitors, about the same amount as before, although some people aren’t returning. There is a certain turnover, but that is part of what we do. Many small and medium-sized businesses don’t have enough financial resources [to be in China] right away.

In another global move, you announced plans for a show in New York. Why do you want to be there?
FA: There’s an opening in the market, and we want to do more business in New York. There are a lot of companies already established with FFANY, but we want to bring new brands, and not just Italians, also Brazilians, Spaniards, Portuguese. We already have agreements in place with the associations from those countries. We have a portfolio of 150 companies to start. The [challenge] is finding locations that are in the spirit of Micam. It’s about finding the right place at the right time. We are hoping to launch in spring ’15. But we always want Micam Milan to be the kickoff to our season, so we are juggling a lot at one time.

How much potential is there for smaller Italian brands stateside?
FA: The U.S. is our third biggest export market behind France and Germany. But with the States, it’s always the same story: The big names dominate. As an association, we have to bring new brands and smaller companies. The timing of a New York show is good because of the Transatlantic Trade & Investment Partnership. [The TTIP aims to remove trade barriers in a range of sectors to make it easier to buy and sell goods between the European Union and U.S.] The idea is that if that passes — and that’s still a big if — we will have trained a lot of companies about the American market by then.

How are you educating Italian brands about the complex U.S. market?
FA: We are working very hard on training programs. Finally, the Italian government is paying good money to train small and medium-sized companies. So far, we have just brought every company to FFANY or FN Platform that wanted to come. But now, if a company is not ready, we won’t bring them.

What is your take on business in the challenged Italian market?
FA: It’s the sixth consecutive year where things are really difficult. There is a lack of circulating capital, and payments have become more and more delayed. Banks are very selective in terms of loans. We are working to make sure reliable retailers get financing so manufacturers are paid on time. There probably will be a further reduction of mom-and-pop stores.

Back at home, you moved the dates earlier than normal, to Aug. 31 to Sept. 3. What was the reasoning?
FA: There was some debate that Micam was taking place too late in the year. We had to take into account that all the other events are moving earlier. Some manufacturers told us they need more time to fill the orders in factories. There’s nothing fixed in terms of dates when it comes to fashion. Every six months you have to rethink it.