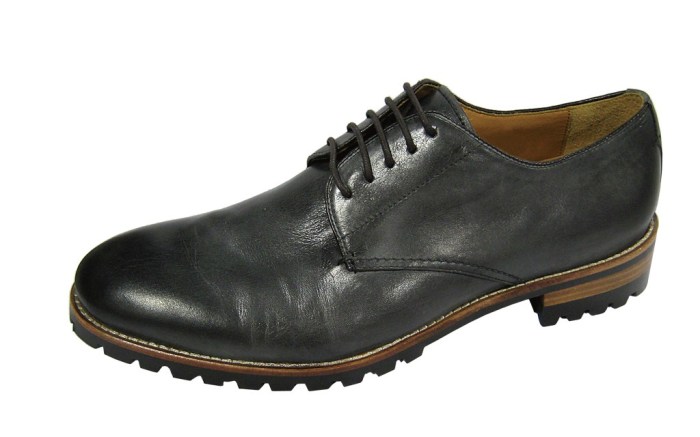 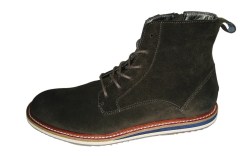 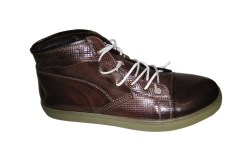 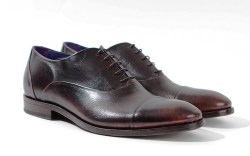 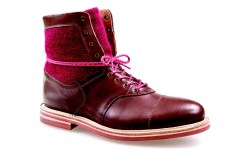 Male Attraction
Canadian designer and retailer Ron White will offer his men’s line at wholesale for the first time this fall. The collection of updated classics features oxfords, monk straps, evening pumps and Chelsea boots, retailing from $295 to $450. Comfort elements include Poron-cushioned insoles with an additional layer on top that can be removed to accommodate wider feet. “They’re meant to be worn with high-end jeans and a blazer, as well as a suit,” said White, who until now has stocked the range in his own stores. Oakland, Calif.-based Ron White Wholesale will oversee the August delivery to better independents, specialty stores and e-tailers.

British Blend
French Connection has added men’s footwear for fall ’14. The British brand’s women’s shoes are licensed to New York-based Highline United, which also will produce and distribute the men’s selection. The new series has a British vibe and is designed to coordinate with modern apparel such as skinny khakis. Set to deliver in August, the line will retail for $100 to $200 and be targeted to department stores, independents and e-tailers.

Joe Cool
Boca Raton, Fla.-based Prodigy Brands has acquired the global men’s footwear license for Joe’s, a contemporary lifestyle clothing collection. (Titan Industries continues to hold the women’s license.) Set to launch for fall ’14, the men’s offering focuses on the contemporary customer with a range of styles, from oxfords to boots. Retailing from $120 to $200, the line will be available in August in department stores and shoe chains.

Wax On
Noah Waxman will focus solely on men’s shoes, starting with fall ’14. The New York-based designer also has moved some of his production to Italy, though several of his styles will continue to be made in the U.S. Launched in 2013 as a men’s and women’s label, Waxman’s eponymous brand now will feature modern classics for men, including a penny loafer with calf hair, a low-top sneaker, oxfords and boots. Prices range from $350 to $550 for both U.S.-made and Italian product. Nordstrom, ToBox in Philadelphia and other independents will carry the fall collection.

Knit Picks
Owings Mills, Md.-based J Shoes will debut this fall a woolen cap-toe boot for men featuring a luxe knit shaft and tongue by British knitwear brand Peregrine. The boot features rubber soles produced by Dainite, an English outsole maker that has been around for more than a century. Available in red or blue, the English-made, Goodyear-welted boot retails for $356 and will deliver in August.