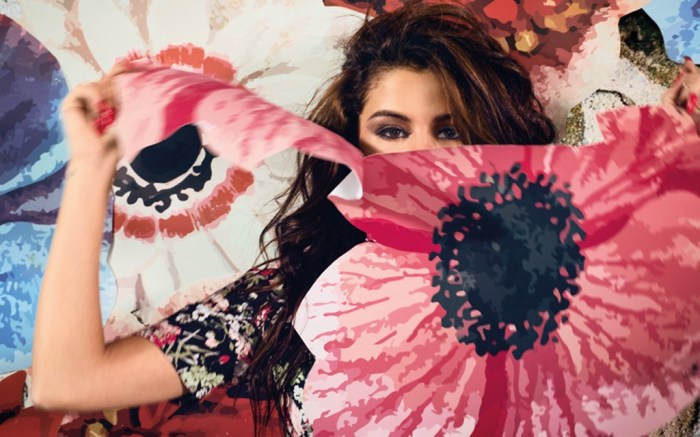 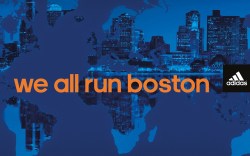 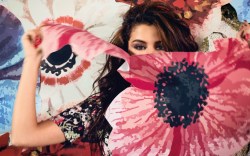 A New Material
Madonna and her 17-year-old daughter, Lourdes “Lola” Leon, announced pop singer and Jay-Z protégée Rita Ora as the latest face of Material Girl. Their brand’s spring campaign, dubbed “Material Girl Hits Miami,” shows Ora in an energetic series of shots along Miami’s Ocean Drive, wearing sandal wedges, peep-toe booties and white pointed stilettos with gold soles. “I don’t think there are any rules in fashion, and Material Girl is a wonderful way to express yourself,” Ora said in a statement. Madonna also commented on the appointment: “Rita is fearless when it comes to fashion and self-expression. [Lola and I] love her personality and think she perfectly embodies the spirit of Material Girl.” The footwear by the juniors’ label, produced in partnership with Iconix Brand Group Inc., retails for $45 to $79 and is available exclusively at Macy’s and on Macys.com.

App-y Times for Boston
The Boston Athletic Association launched its Boston Marathon World Run mobile app this week to virtually connect runners with this year’s event. The product is available on Apple, Android and Bostonmarathonworldrun.org. Solo runners and those in teams can compare mileage goals with past marathon winners and, by April 21, receive bib numbers, digital training and finishing badges. As official race partner, Adidas started the Twitter hashtag #WeAllRunBoston to encourage runners to document everything, “from your journey to the starting line, fight to the finish, how you connect with Boston and why you’ll run in support,” said the athletic giant. Users also are encouraged to donate to One Fund Boston; contributions will be updated in real time.

Selena’s Sneak Peek
To connect with her fans directly, Gomez has hidden a series of Instagram-style self-shot short films across the Web, with each offering insight into her favorite shoes and design inspiration as the guest designer for Adidas Neo spring ’14. Clues about where to find the films will be posted on Gomez’s social media channels (using the Twitter trending topic #NEOSneakPeek), and new ones will be released until Wednesday, Feb. 12, the collection’s official launch date. “It’s so much fun to break the rules by sharing my favorite new looks,” Gomez said in a statement. “I hope everyone enjoys finding the films!” Claire Midwood, VP of Adidas Neo, said the pop star created an edgy selection, so an unconventional unveiling is fitting. “We’re launching it in a rebellious way,” Midwood said. “The hidden films will reward her fans.” The line will be available for purchase on Adidas.com/neo.

Reebok Says “Live With Fire”
Reebok introduced Z-Quick technology to its Z-Series footwear line. The lightweight product is engineered to duplicate high-performance Z-rated tires of high-end sports cars. The technology gets its own national marketing rollout throughout the month. First up, a television commercial called “Race the City” debuts this week featuring runners racing a subway train. It’s joined by corresponding print and digital ads and consumer-friendly events. “Race the City” is part of the “Live With Fire” campaign introduced by Reebok last year. “This year, we are not just talking about ‘Live With Fire;’ we are fueling it,” said Reebok’s chief marketing officer, Matt O’Toole. “We’re finding that spark inside people and encouraging them to push harder, go further and do it together.”