Media Bank: Keds in Grant-Giving Mood… Under Armour Gets Speedy 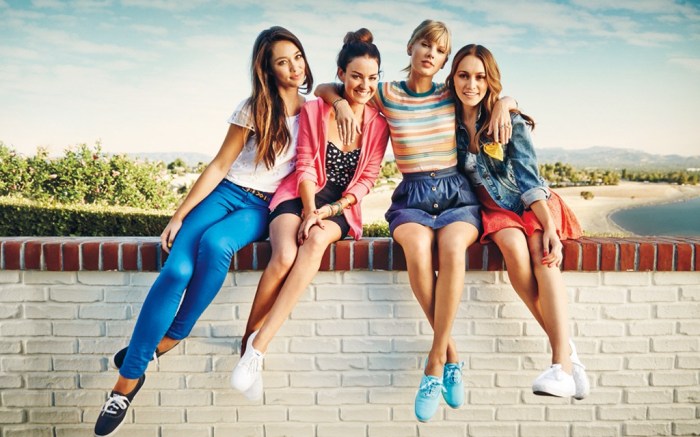 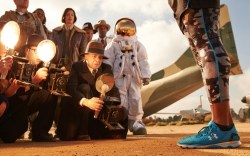 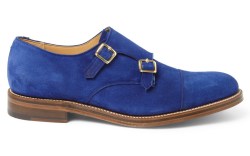 Keds Gives Back
Keds is getting braver. Yesterday, the juniors’ footwear brand announced a spring campaign to help build “a generation of stronger, more confident young women,” called “Million Brave Acts.” The campaign supports Keds’ ongoing Brave Life Project, conducted in partnership with the nonprofit Girls Leadership Institute. Through self-supporting grants and educational series, Million Brave Acts aims to promote positive risk-taking and support networks for young girls while focusing on topics related to self-esteem, growth and relationships. Keds has pledged $150,000 throughout the year for young women’s personal development and life goals. “We believe that young women can achieve anything, it just takes the right type of support,” Rick Blackshaw, president of Keds, said in a press statement. “The new campaign solidifies our efforts to provide young women with tools and resources that will help them realize their full potential, and celebrate and inspire bravery in ways both big and small.” The campaign’s home is on Bravehearts.com/bravelifeproject.

Apollo Mission
Last month, Under Armour launched its Speedform Apollo running shoe with a four-day event in Grand Central Terminal for the brand’s “I Will” global marketing initiative. The next phase: A TV commercial for the shoe will debut on Feb. 22 during the NFL Network’s coverage of the Scouting Combine. Following that are advertisements in print and digital outlets such as Nba.com, YouTube and Runner’s World. The commercial itself shows a runner barreling through a desert in the high-powered shoes to music by Scottish electronic producer and Kanye West signee Hudson Mohawke. “SpeedForm Apollo is the shoe we were born to make,” Matt Mirchin, EVP of global marketing, said in a press statement. Finally, beginning Feb. 28, the shoes, which incorporate 3-D molding and natural flex groove technologies, will be available for purchase at $100 on Ua.com and other Under Armour retailers.

In Grenson’s New Shoes
Online men’s retailer Mrporter.com collaborated with six of London’s most notable upcoming menswear designers to create exclusive shoes for heritage brand Grenson. The collection launched Wednesday on the site. “We loved this project because it brought together the country’s top young designers with heritage shoemaking. It was great to have six new angles on what we do,” Grenson’s creative director and owner Tim Little said in a post on Mr Porter. The designers — Craig Green, Katie Eary, Christopher Raeburn, Sibling, Agi & Sam and Matthew Miller —offer a range of styles, including suede versions, monk straps and lug-sole variations of Grenson’s classic brogues. Styles will retail on Mr Porter for $595 to $625 through spring, or until the shoes sell out.

Frye’s Gallery Space
Heritage bootmaker The Frye Co. is painting on a new canvas. Last month saw the inaugural launch of a pop-up gallery space in its Washington, D.C., flagship, featuring visual artists Jim Darling, Jessica Lancaster, Amber Mahoney and Martin Swift. The second floor hosts the gallery space, which changes every month. From Feb. 26 through the end of March, the work of photographer Jerry Buttles will headline. “The objective of our pop-up gallery is to foster young talent and bring their art to a larger audience, while curating a collection that shares elements that are common to the brand — celebrating craft, heritage and authenticity,” said Michael Petry, Frye’s creative director. “Our mission with this initiative is to support our fellow makers, fellow craftsman and honor the artistic process.” Customers also will have the opportunity each month to purchase the displayed works directly from the artists, who will receive all money from sales.