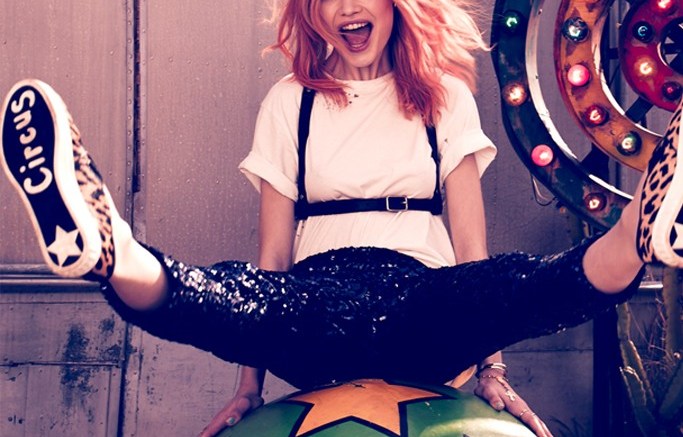 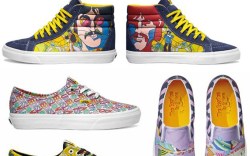 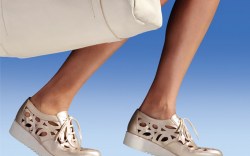 Sam Edelman’s Circus Act
Circus, Sam Edelman’s juniors’ line, will launch its spring ’14 ad campaign with Danish model Camilla Forchhammer Christensen. Photographer Zoey Grossman shot the campaign at a carnival set in Los Angeles to capture the spring collection’s bohemian-meets-sporty vibe. In one image, Christensen sits playfully on a ball while wearing leopard-print sneakers with a “circus” logo on the bottom. “The Circus girl is young, fearless and fun, and this campaign captures her true spirit,” said Jesse Edelman, national sales manager for the Circus by Sam Edelman division of Brown Shoe Co. The brand’s website, Circusbysamedelman.com, launches next month with images from the campaign. The ads also will appear in Harper’s Bazaar as well as other magazines. In addition to Sam Edelman’s own stores, the Circus collection is stocked at Nordstrom, Zappos.com and Lord & Taylor.

Vans on Film
As a way to bring its popular “Off the Wall” slogan and lifestyle to life, Vans has created a new documentary series, set to debut on Monday, Feb. 3, called “Living Off the Wall.” The documentary will follow four subjects on journeys as diverse as a “thriving punk scene in the backyards of East Los Angeles” and Russian kids who “have to scale numerous walls to express themselves.” The brand also will soon debut a capsule collection inspired by the Beatles and their “Yellow Submarine” album and film. The collection consists of four different styles. Some feature individual portraits, while others are adorned with an “All You Need Is Love” print. The shoes, retailing for between $65 and $75, launch March 1.

Aquatalia’s New Look
Aquatalia by Marvin K. is advertising its new spring collection on live models for the first time to help make the brand more fashion forward and mark its 20th anniversary. “The change in creative is about comfort and lifestyle in motion,” said the brand’s VP of design, Rena Krasnow. “It’s for the customer to know that our shoes look great on them.” Other plans for this year include further expansion into print, digital and social media platforms, and “exclusive product launches.” Most immediately, the brand will hold a preview of the fall line during FFANY and New York market week, where it will unveil a new incorporation of stretch nappa material on the re-released Rhumba boots, Krasnow said.