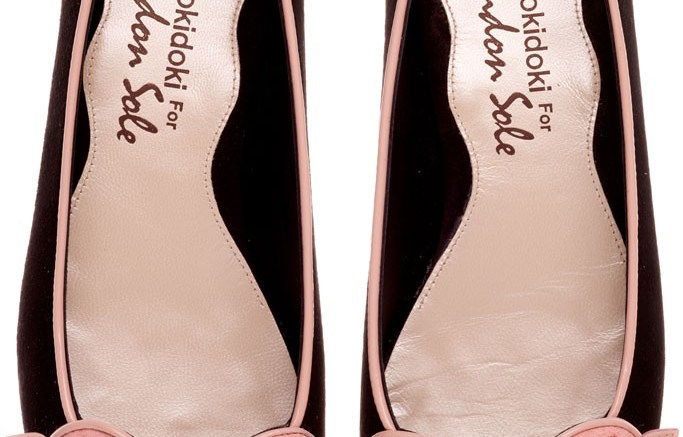 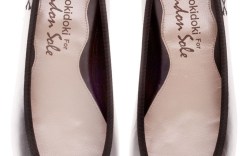 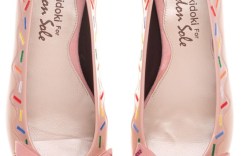 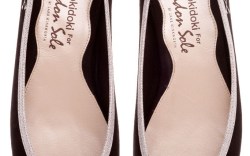 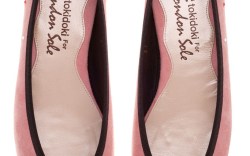 London Sole is getting animated.

The brand, which is the stateside division of French Sole, has collaborated with lifestyle label Tokidoki on a line of ballerina flats, due out in August.

Tokidoki, which launched in 2005, was the brainchild of Italian artist Simone Legno and entrepreneurs Pooneh Mohajer and Ivan Arnold. The label, whose name translates to “sometimes” in Japanese, is as known for its anime-style characters as its high-profile partnerships with everyone from Karl Lagerfeld to Barbie.

“To partner with another global brand which has such a rich legacy is an honor,” Legno said in a statement. “We’re excited to be releasing fashion footwear with such an impact for the first time.”

Like Tokidoki, London Sole comes equipped with its own roster of characters including Evil Kitty, Donutella and Sandy the Cactus Girl.

“Designing my first small capsule collection for Tokidoki has been as much of a challenge as it has been an honor to collaborate with the creative genius of Simone Legno,” said Jane Winkworth, founder and designer of French Sole and London Sole.

She added, “I love … the almost-childlike and magical quality of the Japanese-inspired characters, their exploits, their wild colors and their crazy adventures — all of which have become modern-day iconography — and I sincerely hope my designs for the London Sole/Tokidoki collaboration have done justice to this amazing brand.”

The flats will retail for $200 to $350 online at Londonsole.com and Tokidoki.it.