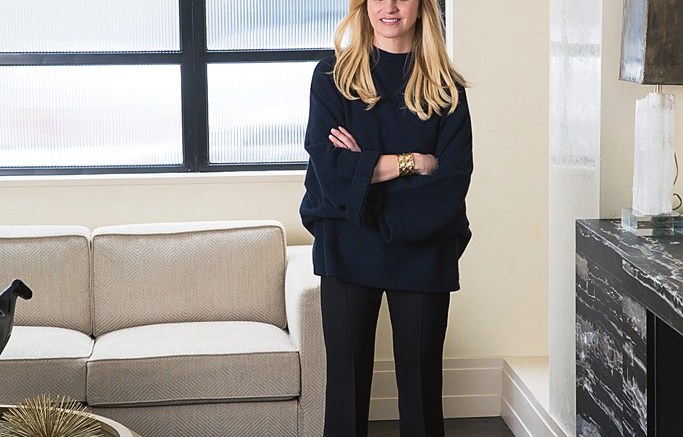 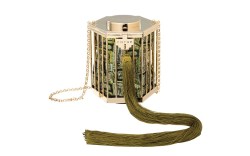 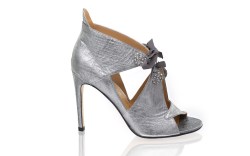 A decade after its launch, luxury handbag line Kotur has a new addition: shoes.

The brand’s Hong Kong-based designer, Fiona Kotur Marin, said expanding into footwear was always a part of the larger business plan. And after several years, the timing was right, thanks to support from retailers and an Italian production partner based in Hong Kong.

“This is the unrealized dream finally coming to fruition,” Marin said of the shoe collection, which soft-launched in spring ’14 with three styles.

“Creatively, there is a moment for expressive shoes. Our retailers were asking us to do something, and the slight nudge is what we needed. We also found the right partner to make the shoes with the same commitment to quality.”

After a career working as a designer for Tory Burch and Ralph Lauren, Marin stepped out on her own in 2005 with a line of minaudières. At a time when “it” bags were flying off the shelves, her small artful clutches developed a reputation for having a unique personality — a trait that continues in her footwear line.

“Working with other brands taught me to have not just a strong point of view, but your own point of view,” Marin said. “With Tory and Ralph, it’s not design by committee. [The designers] have a strong personal take on things that make it authentic, believable and keep it coming out of one place.”

To create a consistent vision for the bags and shoes, Marin’s designs revolve around a single reference point, whether that’s her travels or vintage Americana. And rather than create several silhouettes, she turns to a handful of classics and updates them. For spring ’15, for instance, the line is focused on the vintage midheel loafer and Marin’s 100-millimeter Paola heel.

Since launching footwear, Marin said she has spent the year evolving the designs and adding more styles. The spring ’15 collection consists of 30 shoes in four constructions.

The founder has also been focusing on her retail distribution strategy.

With Kotur’s higher price point — the shoes retail for $495 to $650 — Marin said it was crucial to merchandise the line in smaller specialty stores, which could display the footwear alongside the bags to highlight the design references. In New York, Kotur is stocked at retail tastemakers such as Five Story, Suite 1521 and Kirna Zabête, and recently added Modaoperandi.com.

“We looked at specialty stores that are more expressive and creative. For the first two seasons, we are showing things together — the handbags and shoes — to illustrate how the point of view is consistent. We are creating a whole world [with the line],” Marin said.

Lizzie Tisch and Kim Kassel, co-founders of private shopping club Suite 1521, said that once Kotur introduced shoes, it was a no-brainer to include the brand in their lineup for trunk show events.

“The shoes have a very creative, whimsical point of view that is very different from other things our clients have seen in the marketplace,” said Kassel. “We certainly plan on continuing to work with them for future seasons.”

As for her own retail ambitions, Marin noted she aims to further develop e-commerce for the brand and is planning a series of pop-up shops. A New York storefront could be on the horizon as well.

“We want things housed together so you can see the strong message and environment,” Marin said. “The best way to express and control it is to have your own stores, from fixtures to lighting, and it will all come to fit together with this message.”