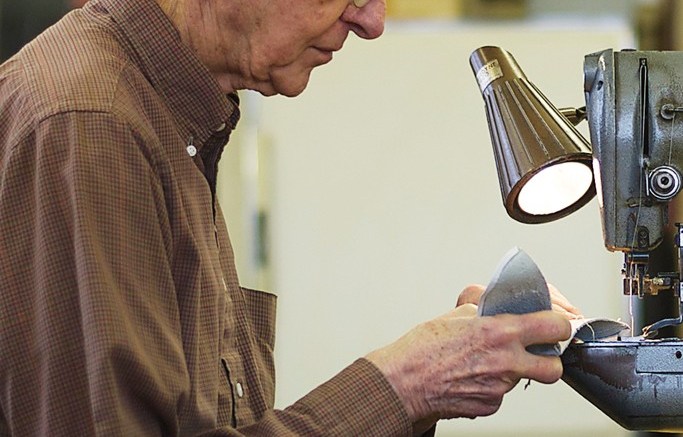 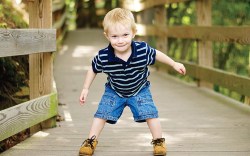 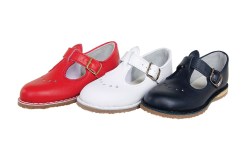 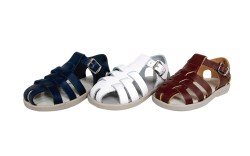 Kepner Scott Shoe Co. has built a business for the little guys — in more ways than one.

The Orwigsburg, Pa.-based firm, also the oldest remaining U.S. manufacturer of children’s footwear, has managed to survive and thrive by catering to overlooked parts of the market, from traditional dress and school uniform shoes to corrective footwear.

“It’s combining all these little niches that has enabled us to keep moving forward,” said President Steve Zimmerman, whose grandfather, Milo Zimmerman, purchased Kepner Scott in 1961. “We’ve focused on what we do best, where we can compete. We’ve never tried to be everything to everybody, and that’s been an important part of our success and longevity.”

The company, which celebrated its 125th anniversary in 2013, has lately benefited from growing consumer interest in U.S.-made products. In addition to an uptick in sales for its own product, more calls have come in from other kids’ firms looking to have shoes produced at its Orwigsburg factory. “It’s been interesting to see [the made-in-America movement] gain steam,” said Zimmerman, who runs the business with his sister, Sue Murphy. “We’ve had a lot more inquiries not only from consumers but smaller companies and startups that want to have shoes made.”

Known for its classic styling, Kepner Scott produces a range of casual and dress styles, including lace-up boots, bucks and saddle shoes for boys, and Mary Janes, T-straps and sandals for girls, priced at $50 on average. The shoes, which are marketed under the brand names Amilio, Self Starters, Carpenter and Sandals by Carpenter, are sold by more than 1,200 independents and boutiques in the U.S. and Canada. A significant portion of the account base is retailers located in the South, where more-traditional looks are popular.

Most of the company’s shoes are available in half and whole sizes, as well as widths from B to EEE. Zimmerman said having such a comprehensive size offering has been a competitive advantage, particularly as fewer and fewer children’s brands offer width options, let alone half sizes. “We can cover kids’ fit needs well,” he said.

Kepner Scott also offers retailers the option to order custom items. “It allows their store to be unique,” Zimmerman said. “And since we’re doing it here in our factory, our makeup [order] requirements are not that significant.”

Philadelphia-based Brothers Shoes has been ordering custom footwear from the manufacturer since the 1970s. “We’re serving third- and fourth-generation customers here, and they all love Kepner Scott’s shoes for their kids. We’re the only store that sells them in this area, so everybody comes to us,” said owner Jerry Schnitzer, who travels to Orwigsburg each season to collaborate and design new styles with Zimmerman and his team. “They can take my ideas and do almost anything, and I know no other store will have the same shoes.”

The ability to provide specialized styles and small product runs is one of the biggest advantages of operating an on-site factory, Zimmerman said. “We’re not looking for those 10,000-pair orders. We’re nimble. We can turn on a dime if we have to,” he said.

The three-story factory employs 20 workers, who have an average tenure of more than two decades. “It’s a close-knit work family. Having such skilled people to make this specific product has been critical,” Zimmerman said, noting a typical shoe requires about 125 different production steps, nearly half of which necessitate hand labor. “It’s rare that we have to advertise for workers. We usually find people [through word of mouth], since there are a lot of families in this area that were involved in shoemaking over the years. At one point, there were 11 footwear factories in town.”

Still, like other domestic manufacturers, Kepner Scott faces mounting challenges in its mission to keep production on U.S. soil. “Sourcing is obviously the big one,” Zimmerman said. “We try to buy American-made raw materials when and where we can, but it’s getting tougher. There are so few suppliers left here.” But he added the company is determined to keep business local. “It’s important to us and our people. It’s our history.”

J-Ray Shoes in Mobile, Ala., has been a Kepner Scott client for more than 30 years, mainly because of the firm’s commitment to offering domestically produced footwear. “It’s hugely appealing,” manager Lynn Anderson said. “Our customers want to support their country and like the idea they’re buying something made here. The prices are very reasonable for shoes that are [domestically produced].”

With an eye to the future, Kepner Scott continues to seek out growth opportunities. Zimmerman’s daughter, Audrey, recently joined the company and is already exploring the idea of developing a more fashion-forward collection. “It’s something we tried to do in the 1990s, when there was an influx of European brands coming to the U.S., but it was difficult to compete then. With the way the market has changed, the timing might be right now,” Steve Zimmerman said.

He noted that Kepner Scott also launched an e-commerce site last year and is looking to grow that channel, although this has presented certain difficulties. “With children’s shoes, there is always the issue of fit,” Zimmerman said. “The biggest hurdle is making sure consumers are ordering the right size, since we have such a big range of widths. It’s something we’re working through.”

But as with the rest of its business, Kepner Scott is content with the kind of slow, steady growth that has defined it through the years. “We’ve never looked to be a major player,” Zimmerman said. “We’re happy taking our smaller share of the pie. For us, success has been about staying the course.”