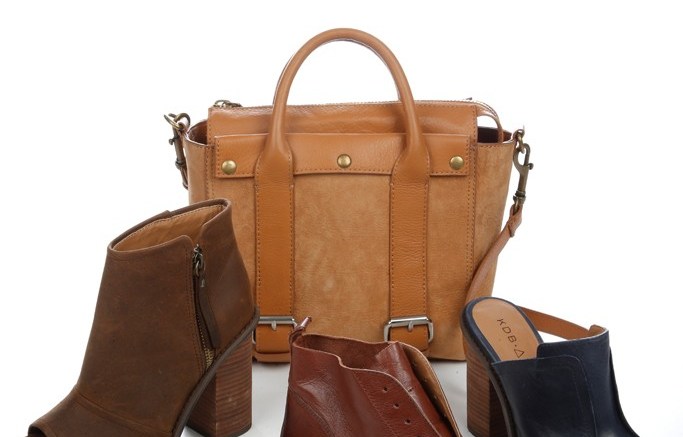 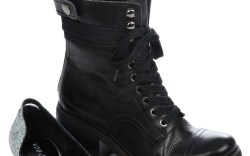 The contemporary women’s label, under the umbrella of New York-based PLV Studio Inc., will debut an overhauled footwear mix for spring ’14 and a new e-commerce site in February. Revamped handbags will be introduced in fall ’14.

Although PLV Studio VP Scott Kaminsky declined to reveal specific retailers, he said the relaunched product will be available in several major retailers and independent boutiques.

True to its new name, Kelsi Dagger Brooklyn has an edgier, more casual vibe than its predecessor. Heels are lower, leathers are distressed and welts are plentiful on flats, pumps, mules, sandals and boots. The styles combine man-tailored influences with neutral shades and occasional pops of color. According to Kaminsky, handbags will echo that aesthetic with an even heavier emphasis on utility.

“The product is radically different,” said PLV Studio creative director David Giordano, adding that Kelsi Dagger Brooklyn should come to be known simply as KDB as it develops a following. “It’s authentic and effortless. When we say authentic Brooklyn, [we mean] it’s a little gritty. It’s almost an anti-fashion brand. That was an interesting play because a lot of other brands in the space are chasing what’s happening on the runway.”

With the shoes now retailing for $79 to $200 and bags priced from $100 to $200, Giordano and Kaminsky said the change was partially motivated by the need to clearly define Kelsi Dagger amid an increasingly saturated contemporary market. “It needed a ‘reason to be’ in a very crowded space at that price level,” Giordano said.

And the Brooklyn focus, the creative director added, was a no-brainer, as seven out of eight of the designers on his team live in the borough. “We were all living and breathing this, and it’s also kind of a natural extension of my own personal life story — leave the suburbs, move to [the city], hustle, hustle, hustle,” Giordano said. “You risk your quality of life for opportunity in the struggle, but there is the new utopia. It has a culture and community with the convenience of the city.”

For fall ’14, the label also aims to expand its wholesale reach into Canada and Europe. But for now, the team remains focused on further honing the footwear and handbag styles, Giordano said. “We are going to spend the first half of the year refining the design aesthetic until it’s bulletproof.”