John Varvatos on His Fall ’14 Inspiration 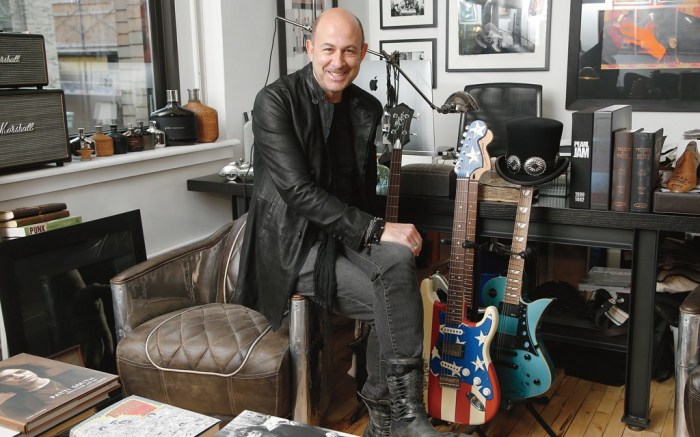 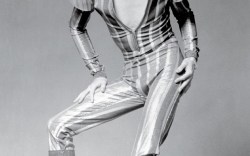 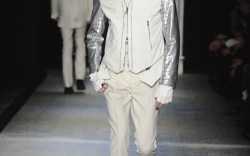 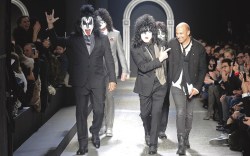 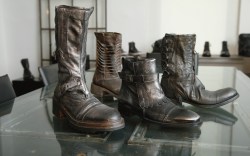 John Varvatos didn’t start out rooted in rock ’n’ roll, but he’s built a reputation for loving music, and the influence certainly shows.

His Manhattan office looks like a shrine to his idols. Black-and-white photographs of rockers line the walls. Signed guitars are on stands. And coffee-table books from the genre — including his own, released last year — are piled high.

With his store in the former home of seminal punk club CBGB, Varvatos has been able to combine his passions for fashion and music in perfect synergy, selling super-luxe leather jackets by day and rocking out to live performances by night.

In January, he announced that Kiss would front his spring ’14 ad campaign, and the glam band inspired Varvatos’ entire fall ’14 collection, from the looks in his Milan runway show that same month to the boots on the shelves.

Here, in his own words, the menswear designer discusses how it all comes together:

“I was really inspired by the glam 1970s — David Bowie, Kiss. And all these guys were inspired by personas. So many of today’s artists don’t do that. Lady Gaga might be the only one.

But working with Kiss [on the campaign], I started thinking about why every generation loves them. I went to a show in Milan and as far as I could see were young kids. I think it’s because every young guy wants to be a superhero, and they are like superheroes.

So the whole fall inspiration started with Kiss and the campaign and thinking about the superheroes thing. But I had to figure out, how do you do it so it’s not hokey or a costume?

Our inspirations are never so literal. If I am inspired by David Bowie at a certain period, the last thing I want to do is look like I’m doing costumes. In the end, it’s about great clothes and shoes and accessories.

In shoes, we did these chunkier soles, sneakers on serrated soles. On our classics, we have these exaggerated tassels, but putting it on steroids in a way, with chunkier soles, broader tassels. We also did a brush-off metallic penny loafer and a penny boot — a little tougher version.

Taking inspiration from heritage styles like wingtips and using broader lasts, chunky lug soles, raw leathers, all of a sudden you have this new interpretation. It’s almost like London 1970s, but at the same time, it feels quite new.

Ten years ago — even a few years ago — this kind of thing [pointing to the twisted-leather boots he’s wearing] would have been considered outrageous. Now it’s just beautifully artisanal. To some degree, you might say, ‘Wow.’ We know we can put them in our own stores, but then you’re going to say, ‘Who’s going to buy them?’ But that tall silver boot: Neiman Marcus. So sometimes you just never know.

It helps that we think a lot about day to night, or night to day. Guys want to have things that take them further. They are as obsessive today about footwear as women are. Now they have closets full [of shoes]. For me, it’s where we start every season.”

Most inspiring era: The 1970s. “It was the period I grew up in, and it was influential for music and the fashion part of it.”

Kiss & tell: “Kiss did an album back in the 1970s called ‘Dressed to Kill,’ which was kind of my inspiration [for dressing them], but those were all ill-fitting, funny kinds of suits. I thought, what happens if you dress them in beautifully tailored, elegant suits with the disruptive look of their makeup?”

Heritage rules: “We deal with a lot of heritage things, so we always think about how to put our twist so we can own them.”