John Jams: How Varvatos is Amping Up 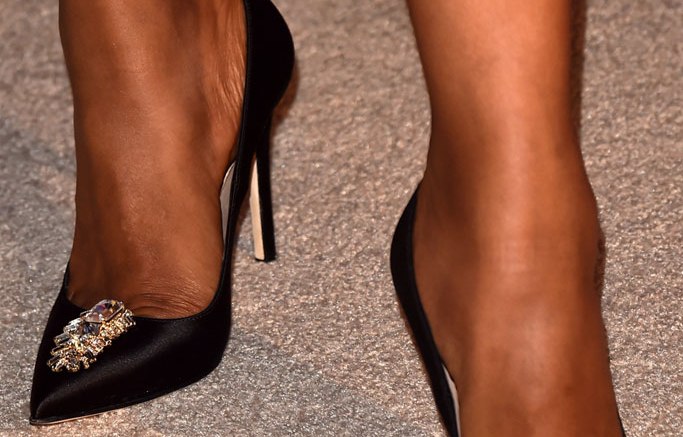 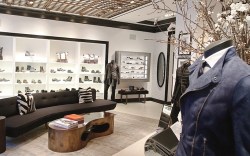 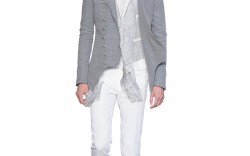 John Varvatos says he regularly receives pitches for reality television shows from producers hoping for a glimpse inside his life.

The curiosity makes sense. Over the last 14 years, the men’s designer has built a fashion empire with a decidedly rock ’n’ roll aesthetic. Famous friends such as Iggy Pop, Willie Nelson and Ringo Starr — with whom Varvatos will announce a new collaboration today — have helped build buzz. He hosts a Sirius XM radio show devoted to music. And this year he even started his own music label, John Varvatos Records (see sidebar). All that, and his business is on fire.

Still, he isn’t ready to open up to TV viewers again. (He previously was a mentor on two seasons of NBC’s competition show “Fashion Star.”)

“It’s probably something I would never do again,” said Varvatos, 59. “I kind of learned I like my full-time job. I want to be the best at what I do here.”

For Varvatos, that has meant steady focus on growing the company, which he said is now “significantly more than a $250 million brand.” In 2014, he expects a 47 percent sales increase, with footwear making up about 30 percent of that.

In fact, the designer is something of a shoe dog himself. He launched the label with a full range of luxury styles, added the younger Star USA footwear collection in 2009, and continues to partner with Converse in a long-term deal that has already spanned 12 years.

“It’s exciting to see that we are a force in the shoe business across many fronts, from athletic-inspired to elegant dress shoes,” he said. “I dreamt of that when we started the company. Shoes always have been one of my biggest passions.”

On that note, the company is exploring its first footwear and accessories store. Still in the early stages of planning, Varvatos said a location could open in the next 12 months — in a city yet to be named — and it could be an expanding concept that goes beyond one door.

Next up for now, however, is the firm’s first European store, set to bow in London in August. That 10,000-sq.-ft. space, on Conduit Street, will house Varvatos’ largest shoe department yet at 2,500 square feet.

Retail expansion has been a priority for the company since Lion Capital LLP acquired majority ownership from VF Corp. in 2012. This year the initiative kicked into high gear, and the label will have 22 branded boutiques by the end of 2014.

Store openings this year include Mexico City; Bangkok; Bal Harbour, Fla.; Houston; and New York. The Manhattan store, which opened this spring on Madison Avenue, marked the designer’s third in the city.

While the Bowery location — known for being housed in the former CBGB nightclub — has added to Varvatos’ music-industry cachet, the new store has a completely different personality, he said. The space takes inspiration from a traditional Upper East Side apartment, furnished with handcrafted carpets and antique accessories, and boasts a skylighted atrium.

“It’s fun that we have these different concepts; most brands only have one,” he said. “We can merchandise and style differently [in each spot]. It gives me, as a designer, much more room in my inspiration to play around and still feel as though I am in my genre.”

Beverly Hills, Calif., and Chicago are slated next for new locations. Vancouver has been mentioned as a possibility as the label grows its presence in Canada (Toronto opened in 2013).

The recent push does not discount the firm’s wholesale partners, Varvatos said. That business will grow by almost 50 percent this year thanks to expansion in Star USA, as well as strong fragrance and eyewear options, he noted.

Lord & Taylor carries Star USA in seven stores as well as online. When the retailer revamped the men’s department in its New York flagship last year, it also added a Star USA shop.

“It is a great American casual contemporary shoe with a rock ’n’ roll edge. There is not a lot in that category,” said Wayne Drummond, group SVP of branded apparel at Hudson’s Bay Company, owner of Lord & Taylor. “The trends have been toward American heritage in footwear the last few years, so the edge it offers feels fresh.”

“The brand does a good job of making shoes and boots that feel dressed up but not too buttoned up, by which I mean they skirt the line between formal and casual in a way that feels easy to wear and approachable for a lot of guys,” said Evans. “Our customer looks to Star USA footwear for when he wants to look put-together but not necessarily like he’s getting ready for a big meeting. That said, as long as the office isn’t too traditional, he can probably wear them there, too.”

As for the Converse styles, Evans said Varvatos brings his signature design sensibility to an iconic brand. “[That collaboration] is a great example of a brand bringing a new perspective to classic styles by teaming with an outside designer,” he noted.

For his part, Varvatos said Converse offers an endless source of inspiration. The challenge, he added, is injecting freshness to the classic silhouettes. Even his own laceless concept, which he developed about 10 years ago on the All Star, has become instantly recognizable.

“We should have patented that when we did it because every single brand knocked us off immediately,” Varvatos said. “That was one of those great items that will be around for many years.”

The designer will revisit the look for spring ’15. “I’ve always loved what it represented, and we wanted to expand the offering — in everything from materials and construction to finishing,” he said.

Converse is also upbeat on the partnership. “For over 10 years, Converse has partnered with John Varvatos to create incredible collections that not only represent Converse’s rich heritage but John Varvatos’ passion for rock ’n’ roll and distinct designs,” said Geoff Cottrill, VP and GM of brand & segments at Converse. “He continues to be one of today’s most visionary designers and has helped Converse establish a premium presence in the marketplace.”

These days, Varvatos said additional collaborations are not on his to-do list, though he does one-offs when the match is right. Last year, he promoted a limited-edition Chrysler 300C in his name and designed a Patrón tequila bottle stopper for his charity of choice, Stuart House.

For Bloomingdale’s, he created exclusive pieces, including a Chelsea boot, under the Collection and Star USA monikers for the store’s fall ’14 campaign that boasts 1,000 pieces by 100 designers.

“John’s a huge partner for us; we’ve been with him since he launched his collection,” said Josh Peskowitz, men’s fashion director at Bloomingdale’s. “It’s very rock ’n’ roll-inspired. It has a dressy attitude to it and appeals to a lot of guys who want something outside of the more traditional [offerings].”

Turning to category expansion, the designer said he has considered adding underwear and maybe a home collection. He continues to field questions about women’s product; Varvatos said he remains focused on his male customers.

And now that the clientele has become more adventurous in their fashion choices, he said he can push the boundaries even more.

“There really are almost no rules anymore. The only rule is to be true to your brand,” said Varvatos. “I want this to be one of the great American brands. I want that to be the legacy when I’m done with it.”

Music Man
His love for music is well-documented, and in February, John Varvatos took it a step further, announcing that he partnered with Republic Records, a division of Universal Music Group, to create his own record label.

John Varvatos Records has yet to sign any artists, but the designer said he is close to doing so.

“I wouldn’t back anybody that I wasn’t totally 1,000 percent behind; I don’t care if everyone tells me they are the next big thing,” he said. “I’m going to be nurturing a handful of artists a year. Instead of being part of a label that has 50 or 100 acts, they will be part of one with [just a few].”

Originally, the idea was to find talented young musicians who have never had representation. But according to Varvatos, so-called “monster artists” have approached him looking for a change — and muddying his vision.

“It wasn’t even part of my thought process initially to look at large artists because I thought they were untouchable,” he said. “When we announced this, we got calls from management of big artists who said they were tired of the record industry the way it is.”

And if people think they know what type of music Varvatos will back, he said they’re in for a surprise.

“I want this label to be more than a rock ’n’ roll label,” he said, adding, “This is going to be a very democratic [project].”