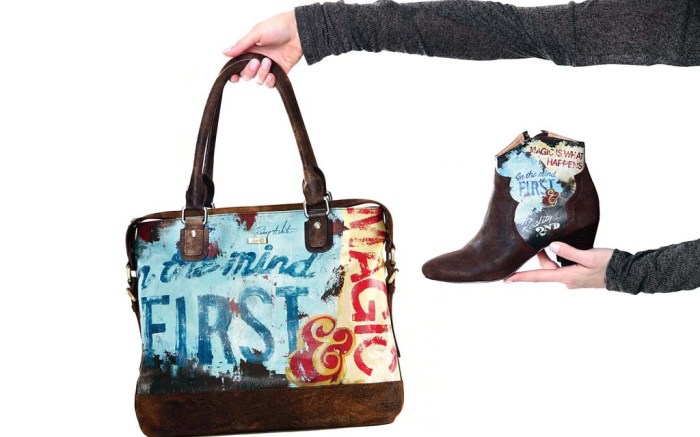 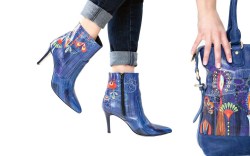 Icon Shoes Inc. is starting over with a fresh canvas.

The Palm Desert, Calif.-based company, known for footwear and accessories featuring the work of famous artists, has acquired fashion-comfort brand Dezario in January and the North American license for sales and distribution of French label Kickers. Prior to this, Kickers was distributed directly from France.

“It’s about recovery and reorganization,” said Icon President and CEO Frank Waks, who bought Icon in 2011 after it had experienced a series of setbacks due to production issues. The former apparel executive put Icon back on track for fall ’13 with updated product and now is focused on expanding market share.

According to Waks, the addition of Los Angeles-based Dezario and Kickers could double the company’s volume this year. Kickers gives Icon entry into the men’s and children’s markets, and the firm aims to expand Dezario’s production capabilities to broaden its penetration. “You need to be diversified today,” said Waks, noting future plans could call for even more labels.

But the first order of business has been to turn around the Icon brand. A skilled production team was put in place to address quality issues, and then the collection’s styling was freshened.

“We’ve gotten more aggressive with our designs,” Waks said about the new application of art on shoes and accessories that’s resulted in a stronger tie-in between categories. “We’re now marketing it as a collection.”

EVP Mary Trudeau, who founded Icon in 1999 with husband David Trudeau, oversees the design of the line. After a brief hiatus, she rejoined the business in 2013 as co-owner, along with Edmund Lau, who serves as CFO.

While Icon will continue to offer its signature sporty laceups, sandals and golf shoes, Trudeau has updated the line for fall ’14 by expanding a pump collection out of Italy, as well as debuting boots. Trudeau emphasized that the brand also will maintain its signature comfort features such as cushioned footbeds and flexible outsoles. Icon shoes retail for $125 to $425, with handbags priced at $425.

Orders for spring ’14 have increased 50 percent over last year. “We’ve written $500,000 in paper for spring ’14,” said Waks. “The line is so [visually] striking compared with [brands] offering black and brown shoes. It gives independents an [opportunity for a strong] presentation for their stores. It creates conversation and excitement.”

At Hilda’s, a boutique in Harbor Springs, Mich., President Nancy Breighner said Icon appeals to consumers with an appreciation for art and design. “We try to find unusual things,” she said, noting that hers is the only store in the state that carries the brand. And Breighner said she is equally enthusiastic about the new boots and pumps for fall ’14.

Carmel, Calif.-based Lloyd’s, which has been carrying Icon for the past decade, is putting greater emphasis on its accessories for spring ’14. Manager Tess Greenberg said the store increased its assortment for the season. “We ordered a ton of handbags and accessories,” she said. Among the offerings will be the Marla, a pointy-toe flat with artwork by Toulouse-Lautrec, and the Edna smoking slipper with images by Vincent Van Gogh.

Management also has concentrated on Kickers and Dezario. With Kickers, Waks said, the company will build on core styles in the men’s, women’s and children’s categories that utilize the brand’s well-known stitch-down construction. “Product development will be done [in collaboration] with the French design team,” Waks said. “We don’t want to lose its heritage.”

The first Kickers collection under the Icon umbrella launches for fall ’14. Waks tweaked the line, retailing from $50 to $80 for kids and $95 to $175 for adults, to better meet the needs of American consumers. Additional plans include expanding distribution from better independents to department stores. A new marketing initiative will include ads in consumer magazines.

As for Dezario, Waks has moved production from its former U.S. factory to other domestic facilities to match the demands of department stores, which so far has been limited to Nordstrom. “[In the past], the small private company couldn’t supply that level of [product],” said Waks. “By supplementing production we now have the potential to grow a solid business.”