How Will Juniors’ Brands Weather the End of the Platform? 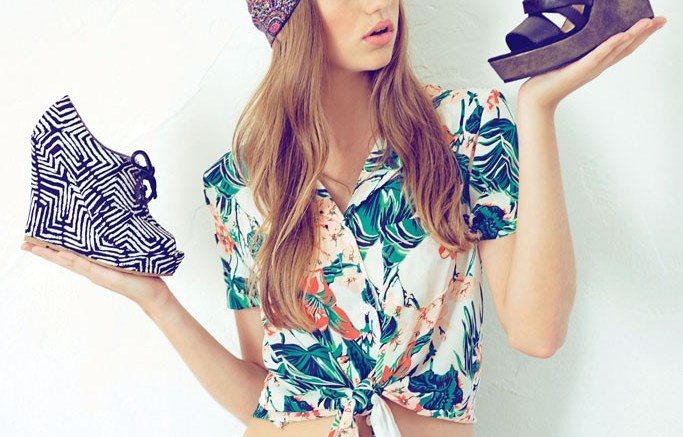 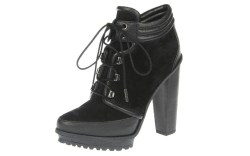 Platform shoes are plateauing, at least for now.

While the style brought major success to the juniors’ category in recent seasons, brands have been experiencing a decline in demand, especially as the single-sole silhouette has re-entered the marketplace with gusto. And though teen labels are known for their ability to change quickly with market demands, the platform seems to be a special case. According to retailers and creative directors, they will not abandon the look completely, instead banking on new variations to give the trend lasting power.

“Platforms are waning. They are not the rave that they once were,” said Gabriel Morales, design director for Los Angeles-based Seychelles and BC Footwear. “But there is always that girl who will wear them. Either she needs them for height or she wants to wear the style to be different, in an ‘American Hustle,’ 1970s type of way.”

Dallas-based Mojo Moxy started seeing a drop in demand for dress platforms over the past two seasons. At the trend’s peak, the brand was producing about 75 percent to 80 percent platform-based merchandise.

“We were doing exceptionally [with that style]. Our business definitely increased by putting more emphasis on platforms, but once the market left us alone, we started shifting away from platforms,” said Co-President Ron Owens, noting Mojo Moxy has added more romantic looks and bohemian-inspired shoes to the mix.

Nordstrom has noticed that suppliers have lessened their emphasis on platforms. However, the retailer still sees a need for at least a few of them in the mix.

“The platform was a novelty, and now the market is switching to single sole. [That style] feels a little bit cleaner and elegant, not as clunky,” said Nadia Abu-Zahra, multichannel buyer for contemporary shoes at the Seattle-based department store. “We are putting more money into the single sole, but we are not ignoring that [platform] girl, either.”

Indeed, several brands said they will continue to offer a wide assortment. Labels such as Very Volatile and Paris Hilton have made the style their bread and butter, not just a momentary fad.

“The category went a little soft last fall, but we’re known for the trend,” said Very Volatile creative director Bodo Loerke. “You have to make sure you always have some form of platforms.”

One reason is that certain areas of the country don’t follow trend changes as closely as others. In fact, Morales said, he has noticed a difference in consumer desire from state to state.

“The platform is not for the masses right now, but I know a lot of the girls in Kansas don’t know the platform is ‘out,’ so they are still buying it,” he said, adding that there has been one thick-soled holdout that remains popular. “The strength of the platform wedge for Seychelles and BC for the last couple years has [meant that it’s] one of our key silhouettes. So last season, when people said the platform wedges weren’t working, we got lucky.”

For brands with a strong international presence, the trend might last even longer, insiders said.

In Europe and China, platform sales have not slowed, noted Joe Antebi, founder and CEO of Antebi Group, which manufactures and distributes Paris Hilton.

“At one point, here in the U.S., the platform look was very saturated and there was a slowdown of supply in the market, but when we showed the single sole to Europe and China, they wanted platforms back,” said Antebi.

At Modcloth.com, Helena Levin, associate buyer of shoes, said the site’s customer also is holding onto the trend.

“We’re seeing single soles everywhere in the market, too,” said Levin. “[Our customer will] want to adopt it eventually, but right now, platforms are still what she wants. Our [juniors’] consumer is now more willing to try things, even if she adopts it a little later.”

According to Jesse Edelman, national sales manager for Circus by Sam Edelman, the slow adoption of daintier looks can be attributed to youthful customers’ desires.

“Contemporary markets have gone to classic single-sole pumps, which are beautiful, but a little too feminine and grown-up for the juniors’ market,” he explained.

Instead, fall ’14 and beyond will see a different — but reminiscent — aesthetic.

“Trends are definitely evolving,” said Mojo Moxy’s Owens. “One of the biggest young trends is Woodstock, with wood platforms and a thick heel. The silhouette has changed drastically.”

Very Volatile’s Loerke said his customers are demanding platform wedges, while a few other revamped takes on the style feature chunky heels and lug soles.

“Our peep-toe booties and styles with lug soles give the height and stability of a platform without feeling too dressy,” added Edelman.

So as fashion firms ready themselves for a future when platforms have minimal market share, what other trends will brands and retailers embrace?

Flat over-the-knee boots, zipper treatments and lug or tread bottoms were a few prospects named by sources — all indicating the continuation of the casual trend.

“Platforms will be reinvented to [reflect] a more casual and uncomplicated lifestyle as it relates to footwear,” said Morales. “That’s why looks like those from Isabel Marant and Birkenstock are opening doors to a different category.”

And, as always, an affordable price point is essential to helping juniors’ brands attract a larger audience. But going forward, price will be a major consideration for any big trends.

“The only way you will get the younger consumer to continue to buy is by offering newness and freshness at a perceived value,” said Owens. “The bargain has to be there.”